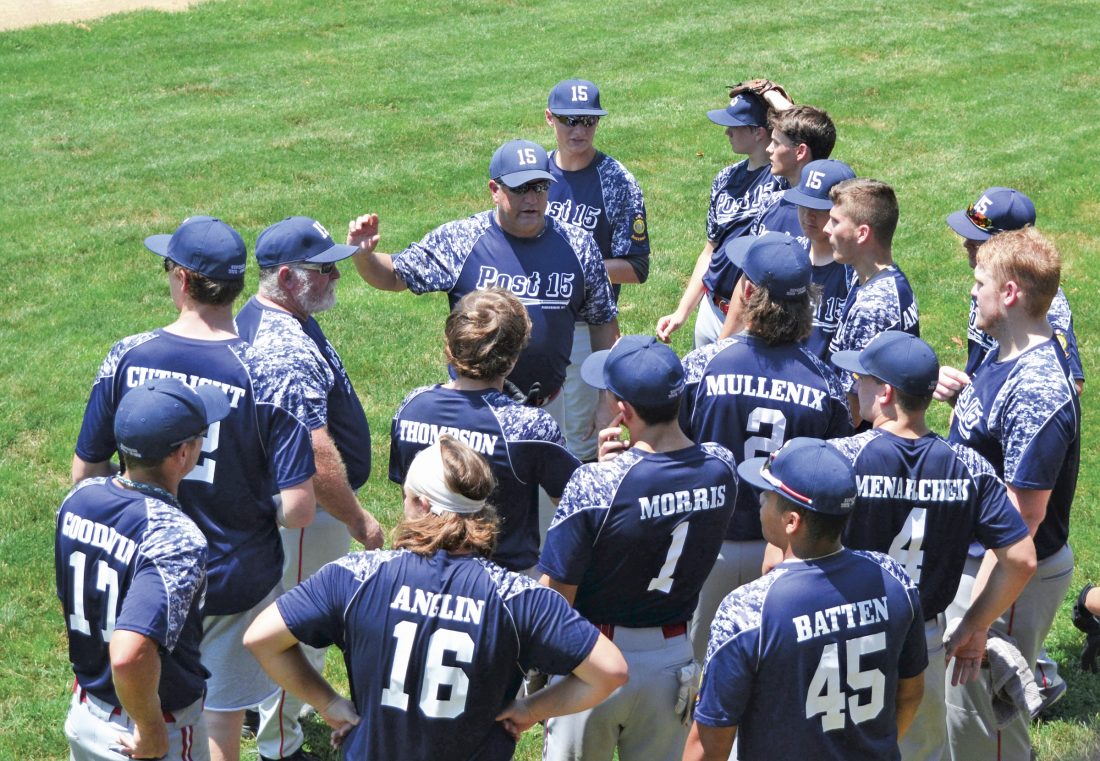 PARKERSBURG — Will the COVID-19 pandemic rule the summer?

Mike Goodwin, who normally at this time is leading Parkersburg Post 15 on the diamond, sure is hoping that’s not the case.

Despite being behind the state of Ohio in terms of a start date, it appears baseball is on the way back.

“Darn right we are,” Goodwin said of hopefully having a season. “Lord willing and the governor doesn’t change his mind about being able to start June 8.

“Unless they change their mind or something contrary happens, we’re going to practice most of that week and play against Meigs County on June 14.”

Unable to compete as an American Legion team, programs around the country are playing under Nations Baseball.

“There is a path to playing,” added Goodwin, who has worked tirelessly to put together a schedule. “Myself and many other legion coaches are in the same boat as far as having to go independent this year.

“The name of our team is Wood County Legion. We are still wanting to support the veterans and follow their lead as far as the importance of veterans. That’s why I picked the name.”

Goodwin, who will manage the local WCL squad with help from assistant Jeff Thompson, said Nations Baseball is “comparable to USSSA. It’s just a different sanctioning body. West Virginia is much further behind than Ohio. Their starting point was May 26.

“A lot of these West Virginia teams were thinking about not starting until July 1. Thank goodness we are close to Ohio. Our first 10-12 games are all Ohio teams. They are ready and they are going to start before us.”

A myriad of issued guidelines to follow is something Goodwin knows everyone will have to try and deal with, but he drew the line at his players ever having to wear masks on the field of play.

“That would impede their ability to perform,” stated Goodwin, who has heard umpires might have to wear masks. “I get the whole deal about not using the same bat, perhaps.

“People have their own drinks and we’ll do that. Everybody touches the baseball. You can only go so far. There is a point of balance. You can’t affect the integrity of the game and the execution of the game.”

The manager admitted when it comes to all the restrictions that he is “still trying to nail all those things down. It’s difficult.”

For the most part, Wood County Legion will be playing a similar schedule to year’s past. They’ll be competing against other regular legion programs which had to go independent since the American Legion season was called off.

“I’m really trying hard to save the season for these seniors, especially these kids, and trying to salvage something for these hardcore baseball kids who got their season ripped away from them this past year,” Goodwin continued. “I’m doing everything in my power to form a team, a very competitive team.

“All the other teams are in the same boat and next year we’ll get back into officially sanctioned American Legion baseball. Since I had to go independent, I’ve had to start from scratch. We had no money and had to lean on the parents. We’ve got motivated players and motivated parents.”

“There’s a couple kids I’m talking to and I need to find a replacement for Joe,” said the skipper. “Joe did a great job.

“My intent is to keep baseball moving this year and provide a good strong competitive base for kids who are ready to jump into college.”

It appears the WCL roster is nearing finalization. The good news is the local squad will have some returning players from the college ranks.

“We’ve got Jordan Batten and Max Anderson back from last year’s team and Jacob Hoyt, who was with Glenville last year,” Goodwin said.

“As long as the city of Parkersburg lets us play on that field and the governor doesn’t change his mind we are going to play.”

The contest on Sunday, June 14 versus Meigs County is a scheduled 1 p.m. twinbill at Bennett Stump Field inside City Park.