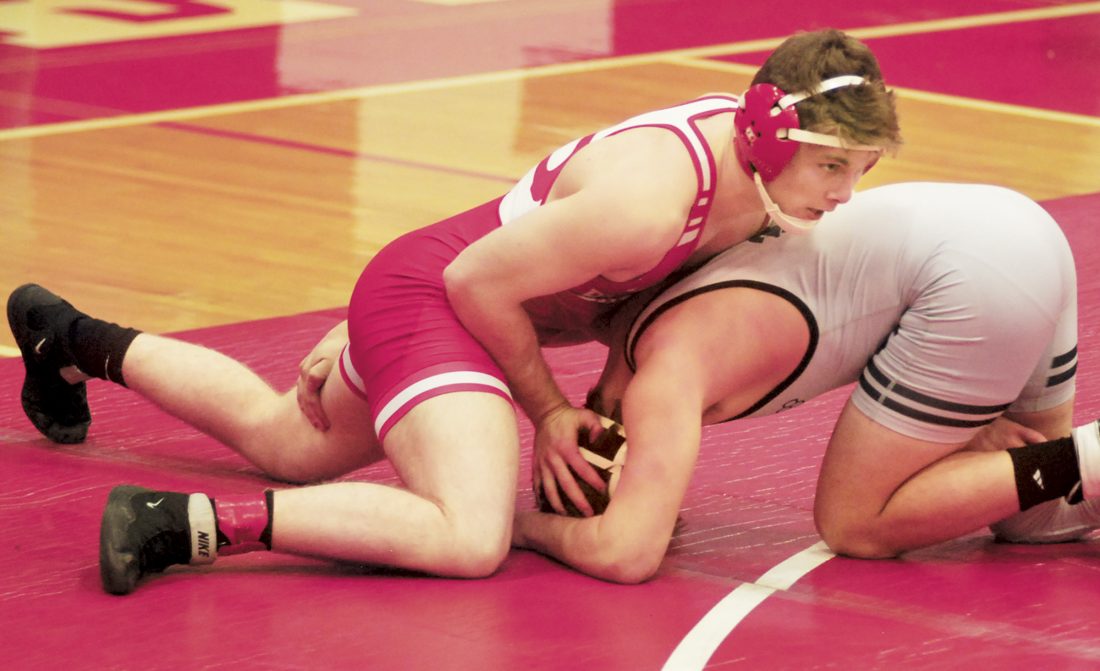 PARKERSBURG — Noah Inboden only spent one year as a Parkersburg Big Red, but he’s more than grateful for the time he had.

After qualifying thrice for the Ohio state wrestling tournament as a Nelsonville-York Buckeye, Inboden moved to town and finished as the Class AAA 152-pound state runner-up for Big Red head coach Matt Littleton.

Now, he’s ready to continue his career as a student-athlete at Division II Coker University in Hartsville, South Carolina for the Cobras of head man Derrick Nelson.

“They’ve been on my list for a little while now,” admitted Inboden, who figures to compete at 165 at the next level.

Inboden had planned to go on several college visits before his family moved to the Mountain State. Due to the timing, things didn’t materialize as expected.

“I didn’t have any time during wrestling season and then the corona stuff happened and it made it harder and it postponed my decision,” said the Big Red.

However, he couldn’t pass up being a Cobra in the end.

“My scholarship (package) was great,” said Inboden, who noted “I have a cousin that’s going there for gymnastics and she said she liked it there. She basically told me everything she could and I trusted her input.”

A likely exercise science major, Inboden said he’d like to be a personal trainer and eventually one day have his own gym.

“I really like the coach. There’s a lot of things I like,” Inboden said of Nelson. “He was constantly texting me, just checking up and answering all my questions anytime I had one.

“I got to know him pretty well, at least decently well. He answered pretty much everything that I had.”

Making good grades weren’t a problem for Inboden while at PHS. He said he mainly had straight As and a couple of Bs.

“I’m really confident. I’m actually really excited too,” he said of going to college. “I couldn’t see myself quitting after high school. I’ve been wrestling for so long.”

In Ohio, Inboden finished eighth as a freshman and was fourth on the podium as a junior.

When it comes to having success at Coker the one area Inboden knows he must get better at is “bottom, for sure. That’s one thing I need to work on.

“Other than that, probably finishing. Finishing takedowns once I have the leg. That’s something I need to work on.”

Getting the PHS experience for a season was something Inboden always will cherish.

“I wish we’d moved earlier, honestly,” he said. “I really liked the school. It wasn’t too hard of a transition for me because I already had friends there.

“It was a great year. I really liked the school and they have a saying once a Big Red always a Big Red. That stuck with me.”

Although he came up just short of his ultimate goal standing atop the podium in Huntington, Inboden tries to keep things in perspective.

“There were some things I didn’t achieve that I wanted to, but I think it was overall still a good year,” said the Mountain State Athletic Conference champ. “I honestly wish I had more than one year at Parkersburg.

“I’m going on to the next level and I’m wrestling in college. Just this one year at Parkersburg I improved greatly, probably more than the last three years combined at Nelsonville. I’m pretty happy with how I did.”

Another reason Inboden opted for Coker was because of the weather.

“I don’t like the cold,” he admitted. “I think it will be different walking out of the wrestling room and seeing the sun.

“I know during wrestling season here in West Virginia or Ohio, it’s five days a week where I don’t really see the sun. I’d go to school in the dark and come home in the dark.”

He’s banking on the fact “that will be different” and hopefully by the time he heads to his new home the COVID-19 pandemic will be a thing of the past.