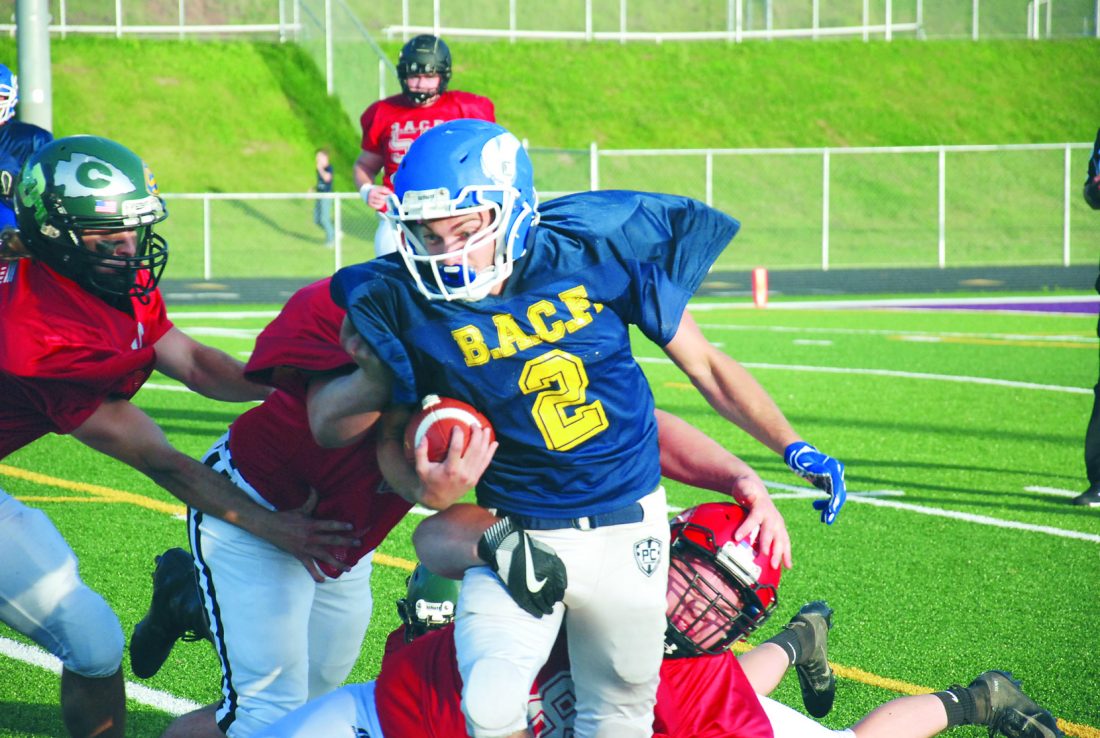 PARKERSBURG — The 27th annual Battle Against Cystic Fibrosis All-Star Football Classic and the annual basketball games pitting West Virginia against Ohio have been canceled due to the COVID-19 pandemic.

The boys and girls basketball games were originally scheduled for April 10 and had been postponed until what event organizers had hoped would be a safe date to play sometime in May. The football game was slated for June 5.

“The Cystic Fibrosis Foundation, they’ve already shut everything down through the month of June,” said BACF football game director Jodi Mote, who is the St. Marys High School gridiron boss.

“It just wasn’t going to work,” Mote added. “We had to make a decision because you’re getting so close now.

“Our hope is to have Russ and Paul do it next year and somehow recognize those guys, even though they can’t play, at next year’s game. That’s the goal.”

West Virginia leads the all-time series, 15-11, though Ohio has won the last three matchups, including a 7-0 triumph last year.