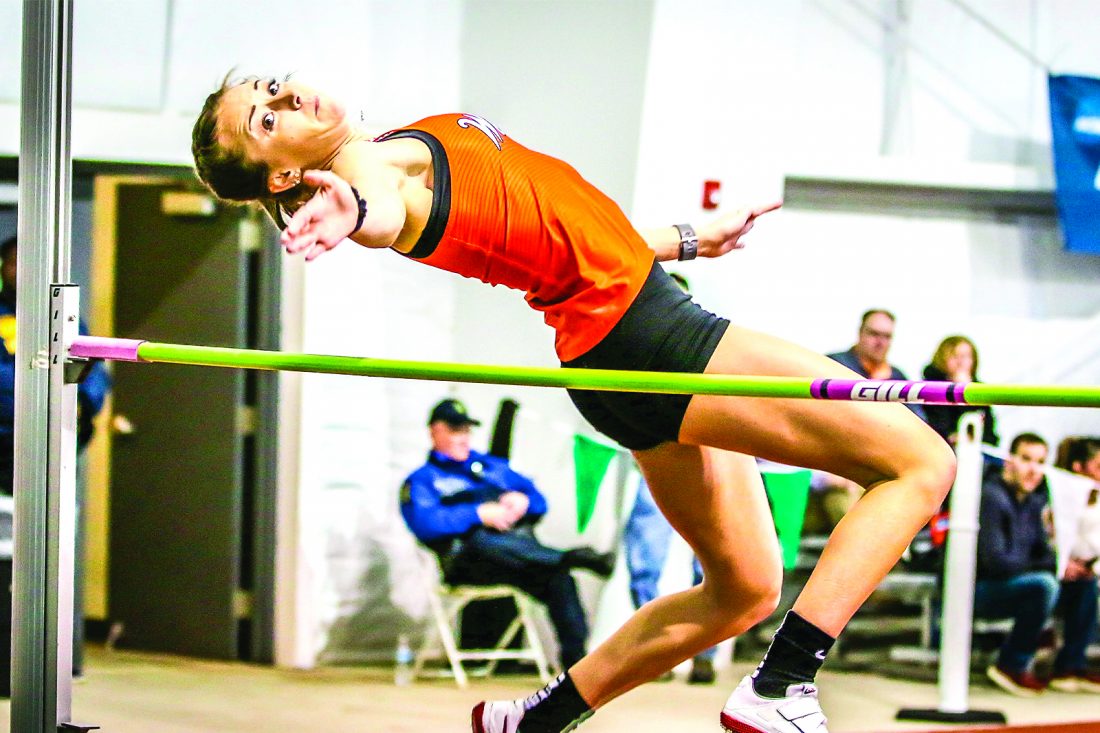 PARKERSBURG — Less than two weeks ago the World Health Organization declared the coronavirus outbreak a pandemic.

Graduates of their respective high schools in 2015, the two-time all-Ohioan Sury became a Bobcat at Ohio University. Leaman also opted to become a Bobcat in the Mountain East Conference for West Virginia Wesleyan.

“It’s funny for that meet we weren’t really going for anything crazy, just trying to do what I needed to do to get the win in the event because I had other events the next day and the same day as the pentathlon,” said Leaman, who missed the NCAA provisional qualifying mark by 75 points. 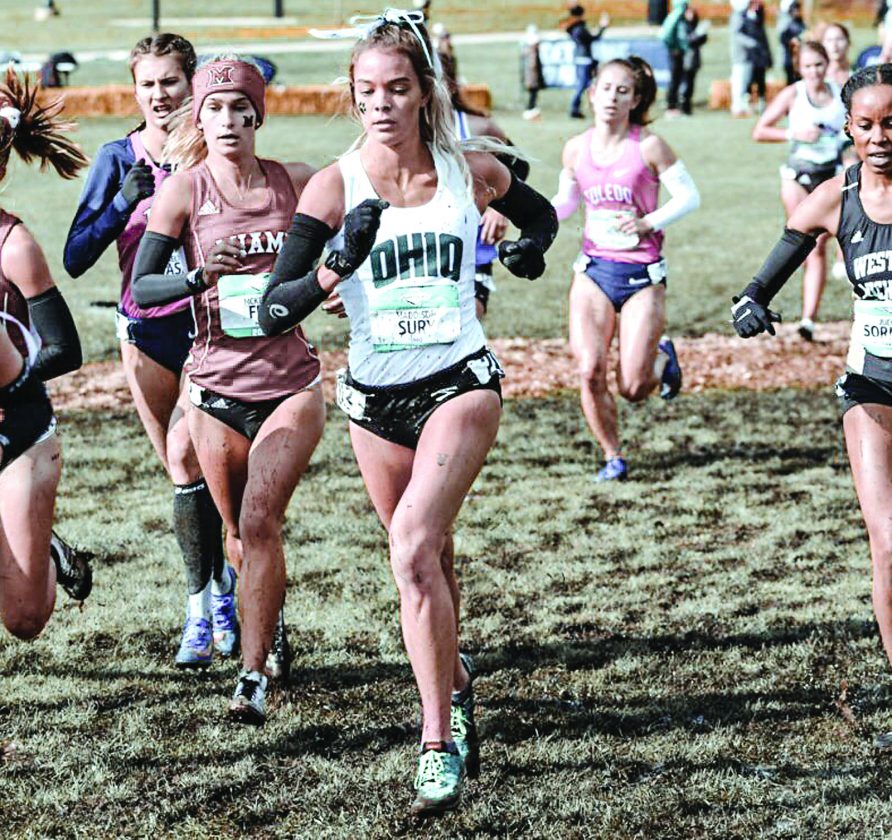 Photo Provided Like student-athletes across the country, Ohio University’s Maddy Sury, pictured here competing for the Bobcats, had her career come to a close before the first day of spring

“This year I finished second in the high jump indoors. That was an indoor PR for me. Our 4×4 team, we broke our school record by four seconds running a 3:56 so that was pretty big too and we were having a good season. I placed in the 1600 meter high hurdles. I wasn’t supposed to place in that, just make it in the finals, and that race was pretty big for us.”

Sury, who never ran cross country in high school but did for OU, was set to compete with her teammates on Saturday in Morgantown at the Stan Romanoski Open for their first outdoor track meet.

“The last weekend of February was our (Mid-American) Conference meet indoor,” said Sury, who admitted she was “definitely upset because I pretty much specifically stayed my fifth year to keep on pursuing running and this has been my best year of running yet at the collegiate level for outdoor.

“I had some high goals going into my last indoor races. I’m kind of upset for not performing how I could’ve performed. I’ll never get that chance again. Everything shutting down is for the best as things will eventually get back to normal and I’m still going to pursue running.”

The strategic communications major who is nearing her masters degree in business administration at OU admitted “I could go back for another year.”

However, that’s not exactly feasible since Sury was just 18 credit hours from being completely finished.

“I took them (classes) all in person and now everything has moved online for the rest of the semester,” Sury added. “We were supposed to take a trip to Europe in June, but that all got canceled. We were going to Italy, Germany and Switzerland. I’ve never been out of the country. I was supposed to graduate in May, but I have half a summer session.

“I’ll keep doing online classes until mid-June and then I will be officially done. I could continue. I would be able to continue in the fall. I would start school in August, but I wouldn’t be able to compete until March. I don’t think I can hang around for another year. I’m too old now. I got to go.”

Leaman, who like Sury also missed a year of competition due to a medical redshirt, is on pace to get her undergraduate and masters degree in business administration completed in time to leave Buckhannon next May.

“It obviously affected a lot, but I’ll get another shot,” Leaman said of how things have played out with the pandemic. “Hopefully, we’ll get to go back in time and start fall conditioning when we get back in school and start competing again in December for the pentathlon indoor. I just woke up (a week ago) Thursday morning to an email from the school saying unfortunately our spring semester is over, everything will be switched online and we had to be moved out by Sunday.

“We were just in shock and the coaches called us to a meeting. It was heartbreaking. It really was. This technically would’ve been my senior season. Just to see all the people have their last season taken away from them, we’ve all worked so hard to get to where we were at and then all of a sudden we were given the news we weren’t going to be able to run anymore. It was hard. It was a hard day for sure.”

Being in uncharted waters, there are financial questions yet to be determined. That includes the fact Sury’s all-expense paid month long trip to Europe, which she said was a “bummer” to miss, happened to be part of her program and figured into her tuition.

“I was living on campus in the dorm,” Leaman noted. “It’s sounding like they haven’t given us a definitive answer on how the finances are going to go. We’ll have to wait and see. I know for our food, at least, they should be crediting us for that.

“I don’t think a decision has been made for room and board. It all just happened so fast. I don’t even think they know at the moment. We’ll try to figure it out together.”

Sury made a trip last month to Portland, Oregon with hopes of landing a job at Wieden + Kennedy, which became the first company to win consecutive United States Agency of the Year accolades from Adweek.

“They are an ad agency and their main client they work with is Nike,” Sury noted. “I want to get involved with an agency that deals in sports. That would be ideal. I’m in the interview process with them.

“We had a net-working trip there a month ago and visited their office, had an initial interview and now everything is up in the air with what’s going on. I am hearing more back around April 1, just a long interview process right now. It’s all about the waiting game now.”

At least for Leaman, as tough as the current situation is, she’ll hopefully have the opportunity to continue competing.

“I mean it’s definitely not easy,” admitted the former Big Red. “It’s taken a lot of adjusting just being away from everybody and not having those last two months with the people I started school with and everything. All the gyms are being closed. It’s hard to keep on with the training plan I was on. I’m just taking it day by day and trying to figure it out, you know.

“It’s scary not knowing what’s coming. It’s definitely hard knowing everything good that was about to come. It was tough because personally this week I was supposed to be competing at UNC Charlotte (in the 49er Classic) and I was hoping to make the NCAA provisional mark. We had a lot to look forward to, but we ran into a brick wall basically.”

Sury admitted she is “still just trying to figure out how to navigate” through this situation although she realized the end of her career “was going to happen at some point, but I wasn’t ready to end it yet.”

Not all of life’s lessons are easy and the ex-Wildcat hopes other student-athletes, no matter the sport, can learn from what she’s personally gone through.

“Surprisingly, it’s a lot more positive than I thought it would be, especially from my team,” Sury noted of the overall attitude of the current situation. “The last race I did run I didn’t do as good as I wanted to. I was like that’s fine.

“I have an outdoor meet coming up, I’ll get another chance to redeem myself. I think sometimes people are realizing you might not get that extra chance and motivate people to go above and beyond while you can.” 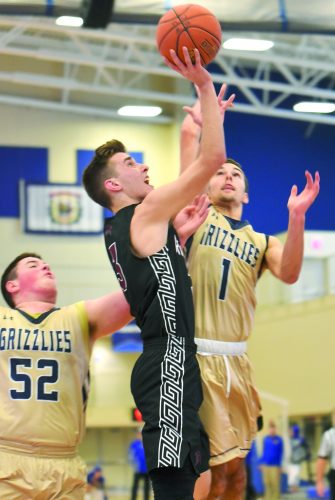 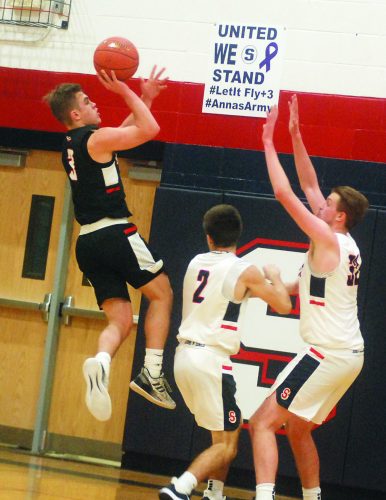