Good Friday is still on April 10, but the 19th annual Battle Against Cystic Fibrosis Basketball All-Star Classic scheduled for the same day is in complete limbo just like all other sports nationwide currently are.

Lots of good people have helped make this a success going on nearly two decades now.

One of those people is game coordinator Bill Camp.

“I sent an email out to all the coaches as soon as the state had put out there wasn’t going to be any extracurricular activities,” Camp said.

“It’s definitely out of the question and not going to happen that day. We would like to reschedule it.”

“Right now my thought is it would be the first half of May, but I don’t know if we will be through this stuff,” Camp added.

“For us to have it at South, the restrictions on extracurricular activities would have to be lifted.”

Camp has reached out to the coaches and everyone is in complete agreement if there’s any possible way for this year’s event to be played it needs to be.

“When I talked to the coaches, my thinking is a lot of kids had their seasons abruptly cut short,” Camp continued.

“It would be a good way if they don’t get a chance to resume that at least brings a little closure to their high school playing careers.”

Someone who is definitely in agreement with that is Parkersburg South senior big man Malaki Sylvia.

“I’m to the point now I’m starting to accept it,” Sylvia said of not playing prep ball again. “The first couple of days it was like it will be OK. We’ll play again. It’s only going to last a week or two. Now that I’m hearing all the news and the cases popping up it’s looking more than unlikely. Today (Wednesday) we were supposed to play (in the Class AAA state quarterfinals).

“It made me think it’s hard to believe winning a regional championship will be the last time, depending, wearing a South jersey. Sometimes you just have to accept it, thank everyone around you for the memories and stuff that went on. I’m to the point where I think I’m accepting the fact I think basketball is over.”

Sylvia also added “that’s been a dream for me, to play in the North-South game, BACF, those type of all-star games. That would be awesome. I feel like ever since I was a little kid that was a dream of mine.”

There is little doubt Camp and everyone associated with the BACF will do everything in their power to make the games happen if it becomes possible to try and pull it off.

“We certainly are going to try our best to get it in,” Camp stressed. 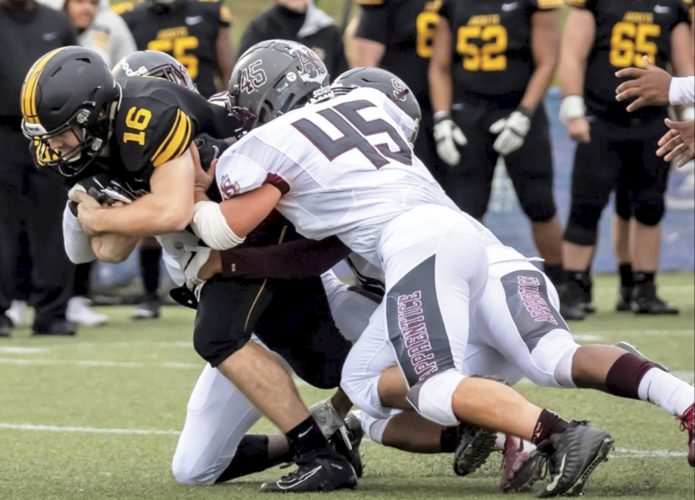