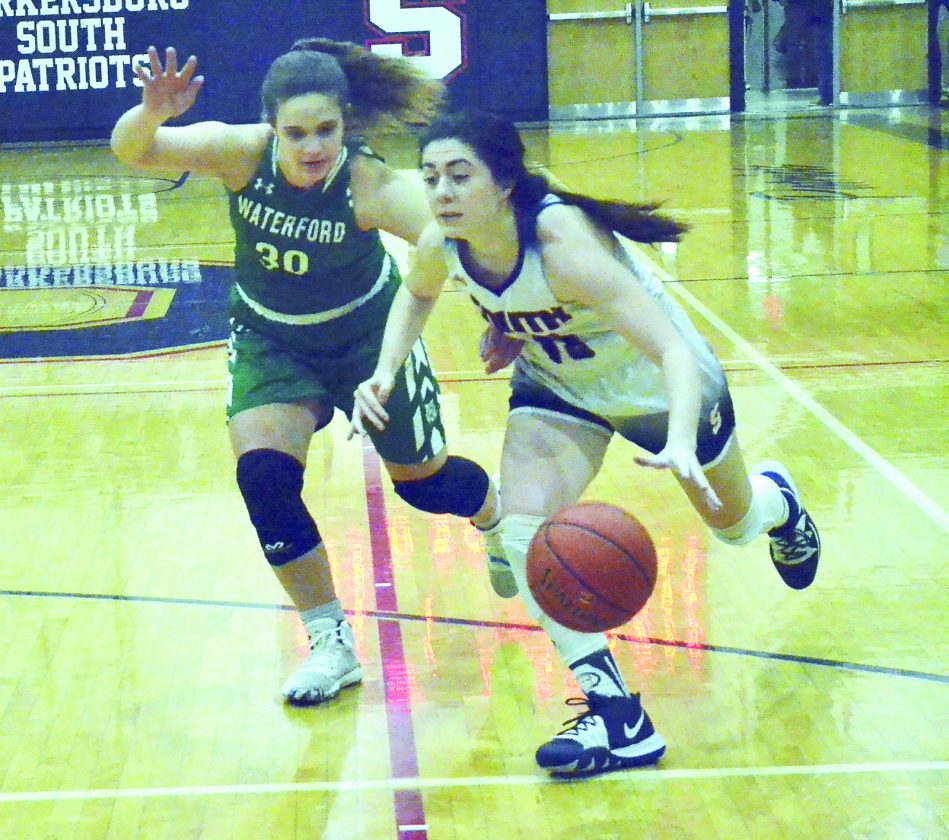 The Patriots broke open a close game at that time with 11 unanswered points en route to a 58-37 triumph over Waterford High Monday night in a girls basketball game at the Rod Oldham Athletic Center.

“We played our best half of the season tonight,” said first-year PSHS head coach Rick Dobson, whose Pats outpointed the Wildcats, 40-23, after the break.

“We did that without our big scorer and rebounder (Makenna Winans) and that means a lot,” Dobson said. “It means the girls are turning a corner and we’re getting where we need to be.”

The 6-foot-2 Winans was absent due to illness.

South improved its record record to 5-12 while Waterford fell to 12-8. The Wildcats defeated the Patriots, 47-33, at the Cooper Annex on Jan. 4.

“Riley got tired in the third, and when I had to take her out, Brier (Offenberger) got her third foul — and that’s when things changed. When you take two starters off the floor, that makes a big difference.”

Mackenzie Suprano paced the Cats with 10 points, all in the second half. Jannessa Lang chipped in with nine while Schweikert had eight.

Waterford staked itself to an 8-7 first-quarter advantage on buckets by Offenberger, Madi Heiner, Schweikert, and Lang. Harner, Williams, and Bosley scored for South.

At the start of the second period, Bosley drained a 3 to make it 10-8. But then Offenberger stole the ball and scored to knot it at 10-all.

About midway through the stanza, South had a 6-0 run on a Williams drive, two Wingrove freebies, and a Bosley drive.

Early in the third, Suprano and Lang each had a bucket to tie the score. Lang then knocked down a triple to give the Wildcats a 21-18 lead. The Pats regained the lead 26-25, at the 2:52 mark on two Harner free-throws.

With a little over two minutes left in the third, South went on an 11-0 run and took a double-digit lead (37-27). During the surge, Harner scored five points and Williams, White, and Wingrove two apiece.

“I think we just got our confidence and realized what we needed to do, especially without Makenna here,” Williams said. “We all just stepped up our game tonight.”

At the start of the fourth quarter, South played deliberately and got an easy layup form White. After that score, the Patriot lead never dipped into single digits again, and the home team won going away.

“I was very happy with the outcome,” Dobson said.

Said Close, “We’ve just got to get better and get through it.”