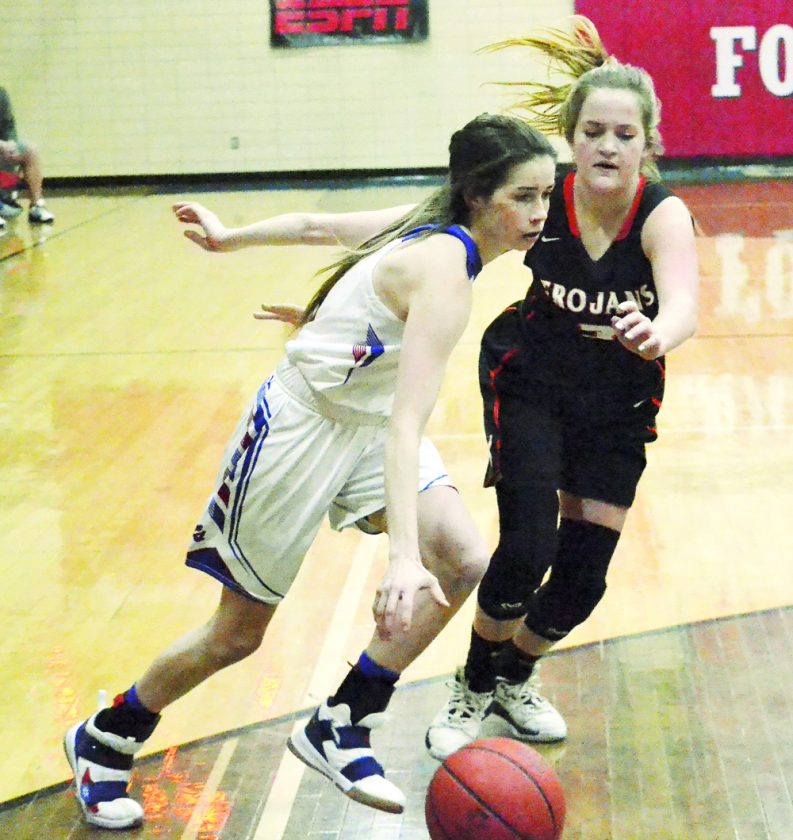 “We had the ball in our hands a lot and more opportunities to score,” said FFHS head coach Dan Liedtke. “But you know, I thought we really weren’t in rhythm and that if we were playing a good team tonight, this game could’ve been really tough.”

Fort Frye, No. 15-ranked in the Feb. 11 AP State Poll with a 21-2 record, advances and is now scheduled to host the semi winner of Malvern-Toronto in a sectional final at 2 p.m. Saturday.

Winless Newcomerstown bows out with a 0-23 mark. The Trojans were paced by Taylor Lafferty’s six points.

“I’ve got to give Newcomerstown credit,” Liedtke said. “They just kept playing hard. They didn’t quit.”

Fort started off the game with a 10-0 run and never looked back. Kesselring led the charge with eight first-quarter points. Archer and Schneider each added five while Huck had four.

Newcomerstown averted a first-quarter blanking when Christina Miller drained a triple at the 3:45 mark. But at the end of one, the Trojans trailed 24-3.

Huck led off the second period with a triple as the rout resumed. Before the opening half was over, the junior sharpshooter added five more points to her total as did Schneider. Going into the locker room at the intermission, the Cadets led 43-8.

Newcomerstown got second-quarter points from Arianna Stull (2) and Lafferty (3).

During the opening minute of the third quarter, Lafferty’s trey cut it to 43-11. But Fort, sparked by Archer’s seven points, outpointed the Trojans, 12-5, in the stanza and led 55-13 going into the final period.

With the Cadets leading 62-15 at the 3:47 mark of the fourth quarter, Liedtke rested the starters, and the reserves closed out the contest.