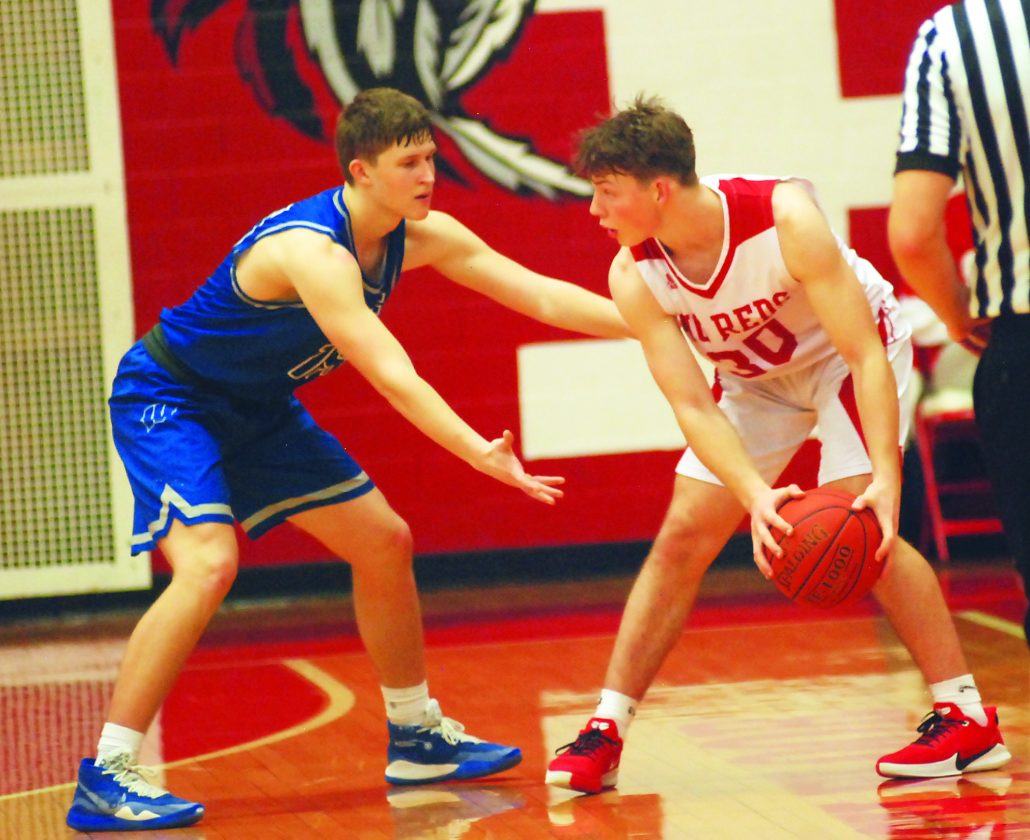 PARKERSBURG — Brayden Sallee’s team-high 21 points lifted the Warren Warriors in a 75-66 win over the Parkersburg Big Reds on Saturday night inside the PHS Memorial Fieldhouse.

The Big Reds (4-7) stayed within striking distance throughout the contest, but efficient inside scoring from the Warriors (9-5) kept PHS out of the driver’s seat.

It was another big night for Sam Potts, as his game-high 28 wasn’t enough for the Big Reds. Early on, the teams sparred and traded baskets up until Sallee hit a layup off an assist from Kurt Taylor. That tally made the score 15-12, as Warren kept that lead and didn’t surrender it for the rest of the night.

The period was capped off by a buzzer-beating triple from Evan Byrd to make it 20-16 after eight minutes of play. The lead kept gradually growing for the Warriors, but the Big Reds didn’t stop playing. Midway though the second quarter, Noah Umpleby hit a 3-pointer that trimmed the deficit down to six at 31-25. With less than two minutes to go in the third quarter, consecutive 3s from Potts and Sammy McCale cut the Warren lead down to 52-49. A couple makes to end the frame from WHS’s Brandon Simoniette and Sallee gave them a more comfortable eight-point cushion.

From there, Warren kept PHS at arm’s length. Points off steals by the Big Reds’ Aiden Vega couldn’t remedy the situation, and the Warriors used their muscle on the inside to secure a win on the road.

Warren head coach Blane Maddox liked how his team attacked the basket, and he said a switch in approach from their game the night before against Athens was in order.

“Well, we were able to handle the pressure well enough to maintain the lead. We play well when we have the lead,” he said. “(Sam) Potts wouldn’t quit, (Parkersburg) kept coming, and it was a good game. I’m proud of the way we played. We had to get balance, and we’re glad we got 75 points. We played a fast game to get it, and I thought we shared the basketball well.”

Maddox later said too many attempted 3-balls did them in against Athens, and it was their goal to cut down on taking unnecessary shots. Still, they hit seven triples in the game, as Simoniette hit three alongside a pair from both Taylor and Byrd.

On the other end of things, PHS head man Bryan Crislip blamed himself for the team’s lack of preparation, as they have to look forward to what the future holds.

“Maddox is a good coach. He does a good job with his guys. Where we’re very effective is if our press is working and making them helter skelter,” Crislip said. “(Maddox) had a great game plan and put his kids in the right spots. When we couldn’t get the pace sped up, they scored easy buckets. Give them credit, they counteracted what we tried to do.”

Both teams have home games at 7 p.m. on Tuesday, as the Big Reds try to get back into the win column when South Charleston comes to the Memorial Fieldhouse. The Ripley Vikings go to Vincent next, and the Warriors go into that game with their 10th win of the year on the horizon.