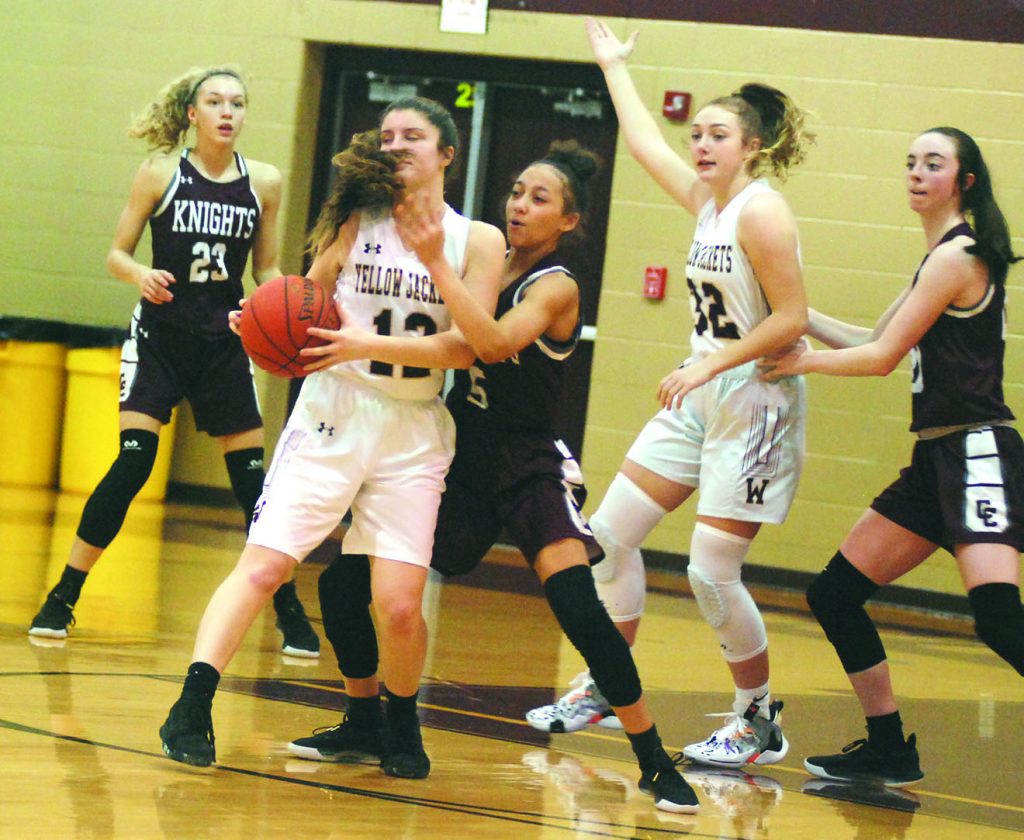 Host Williamstown, now 2-1 with a road game Tuesday at Tyler Consolidated, never held the lead as the ‘Jackets of head man Fred Sauro were paced in the scoring department by 10 points apiece from Nicole Reynolds and Kayli Sauro, who added three steals and two assists, along with nine counters from Jayla Wiseman and eight by Georgie Inman.

Hannah White added 18 points for the victors of head coach Penn Kurtz, who also received a baker’s dozen off the bench including a pair of 3s from Elle Canestraro as well as eight markers from Marisa Horan.

“We didn’t quit and we were able to get after it and press for an entire game against one of the best teams in the state,” admitted coach Sauro, whose squad forced 21 turnovers but had 22 of their own. “You have to understand the experience they have. My girls they graduated and were in the (Class A) state finals in 2017 and played against some of these same girls when they were in the ninth grade.

“They were starters with Reinbeau and White and Eden Gainer, who was out (today). We played against them in the state semifinal of 2017 and that tells you how much experience they have. As far as I’m concerned I’m really proud of our kids and our effort.”

The Yellowjackets trailed by as many as 16 points in the second quarter, but cut the deficit to 10 at the break thanks to a pair of free throws by Wiseman, who was one rebound behind teammate Keely Alsup’s six, along with deuces by Lakyn Joy and Inman. However, the hosts opened the second half with consecutive turnovers and the lead was back to 19 at 49-30 with 4:16 left in the third following a Reinbeau three-point play. The senior made 11 of 13 in the game as Central canned 26 of 32 foul shots.

“We needed some wins coming in here 1-3,” admitted Kurtz. “We had a couple really tough games and then losing Eden was an emotional time for them. They had to figure it out.

“Then you throw a freshman in there (Naliah Lekanudos) at point guard and she grew up this weekend and Elle Canestraro jumped in there, another freshman, and did a nice job. I’m happy with how hard they played.”

Late in the fourth quarter, the Tiger starters were on the bench cheerleading and were more than pleased to see Alejandra Gutierrez Portilla drain a foul shot as well as Zuly Marguez knocking down a 3 for the final points of the game. Paris Williams led the Panthers with eight points.

“We came out a little bit flat,” said Tiger boss Allen Ruth, whose team led 53-13 at halftime and outscored Clay County 23-0 in the third. “It’s hard to get yourself back up after you play your hearts out and you come up short. The first half we were really flat. Second half they had a little more energy about them.”