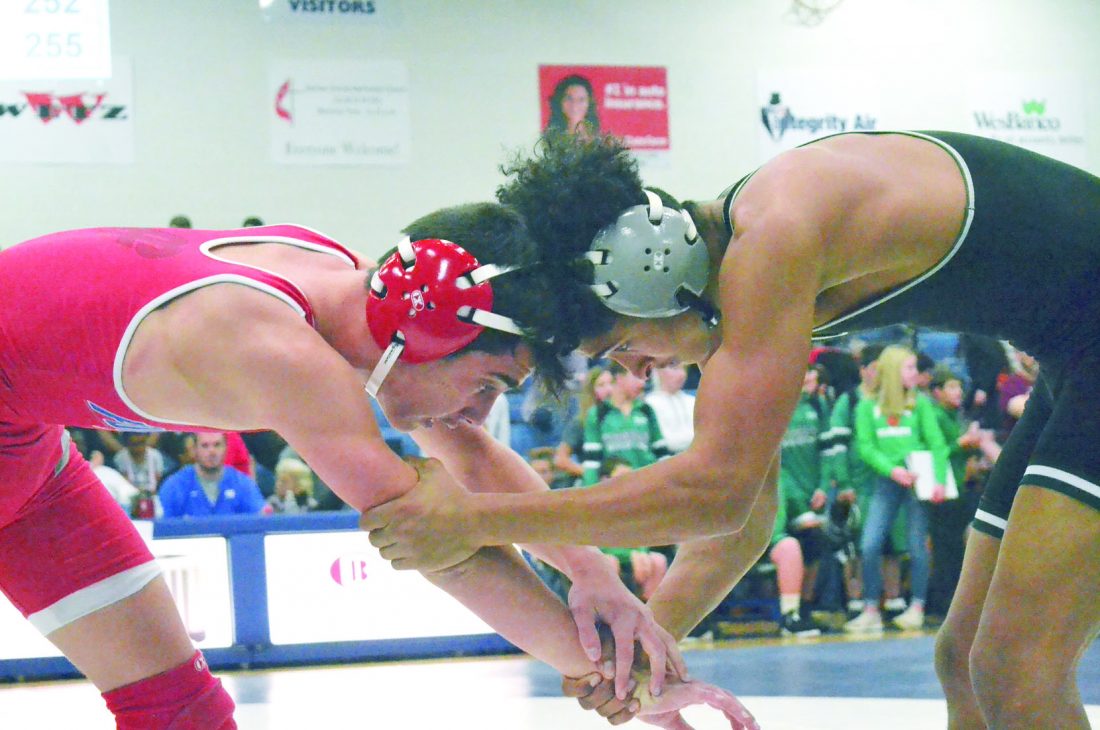 “They said I wrestled for about four minutes today,” said Offenberger, who was also 5-0 in last year’s meet in the 145-pound class. “It’s a little too early to look ahead, but it looks pretty good.”

“The longest Haden’s been on the mat has been about 45 seconds so far this year,” said the Waterford wrestling boss. “He hasn’t made it into the second period and past the one-minute mark. He’s been pretty dominant.”

The younger Offenberger received some MVP tournament votes, but that award went to Jackson’s Brice Parks at 170.

The Jackson Ironmen won the Hickory team title with 336 points, while host Warren was runner-up with 231.

“The younger guys stepped up and did a good job today,” said Warrior coach Jeff Parsons. “We got some wins from kids we didn’t expect.”

“That was our goal coming into this week,” said Greg Offenberger of Waterford’s third-place finish. “We wanted to try to finish in the top three. We got in there in round two and stuck with it — and I’m pretty happy about it.”

Along with Haden Offenberger, Wildcat freshman Lane Cline was also a champion at 138.

“I was 39-1 last year as an eighth-grader, and there’s a huge difference between junior high and high school wrestling,” said Cline, who was 4-0 in the tourney. “I’m really excited to win it.”

Fort Frye crowned one champion in Thomas Lenhart at 220, while Logan Wagner placed second at 132.

“Playing football has helped me as a wrestler,” said Lenhart, who was a runner-up at 195 as a freshman Cadet. “And all the hard work has paid off.”

Marietta had a third-place finisher in freshman Nathan Miller at 195 while Jack Roe was fourth at 106.

Shenandoah’s Tyler Bruer was a champion at 132 and Morgan’s Sam Hager runner-up at 138.