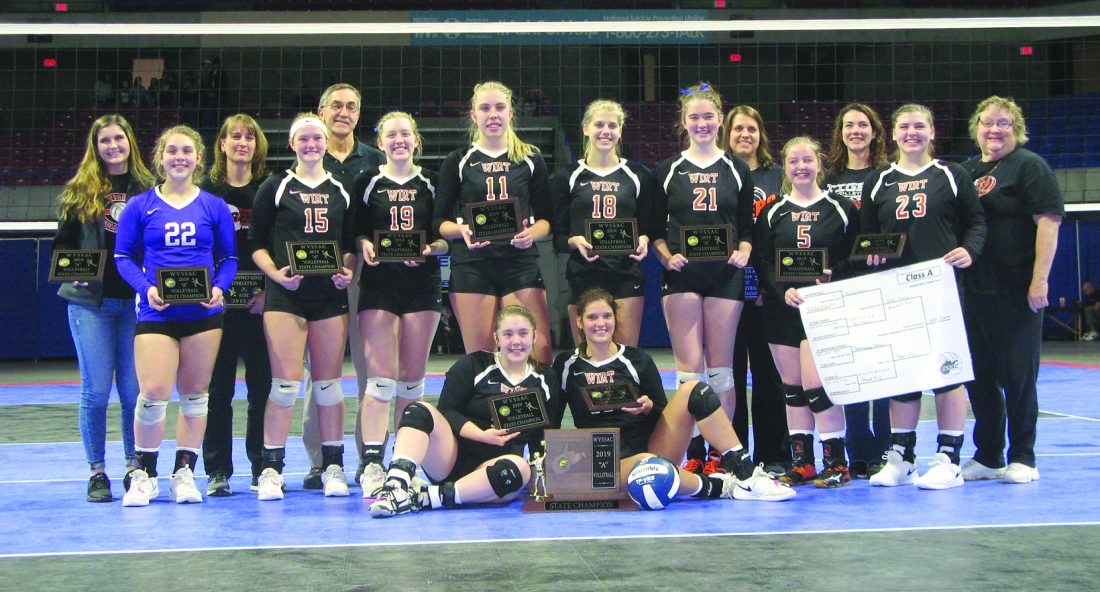 CHARLESTON — It’s not easy to make history, but that’s exactly what Wirt County did here Saturday afternoon as the Tigers captured their 12th overall state championship by sweeping Paden City in the Class A title match.

When senior Kylie Stephens put down match point with her 18th kill from an Adeline Sims assist, the orange and black of first-year head coach Miriam Beall had knocked off the upset-minded Wildcats 25-16, 25-17 and 25-13 to break the tie with Parkersburg High of a Mountain State-best 11 crowns.

“It was amazing,” Stephens said of her prep career, which she finished with fellow senior Maggie Bailey on the highest note after they won a state title as sophomores, but failed to reach the final weekend of the campaign in 2018.

“We really came together as a team today and I can’t thank my team enough. We didn’t come in here thinking anything would be easy. We weren’t going to overlook anyone. We really tried our best to play up to our (No. 1) seed and keep the energy high. 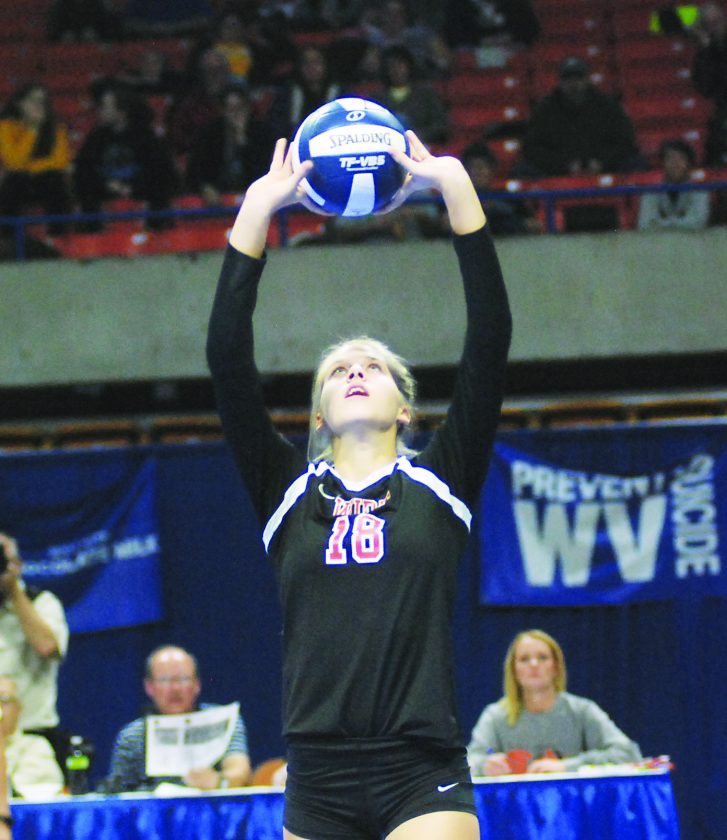 Stephens, who had a .533 hitting efficiency in the finals, was backed by strong play at the net from Emma Wyer (16 kills) and Sam Burns, who chipped in four kills and produced a match-high nine blocks.

“I mean, it was always touch and go. Some days we play really good, some days we play bad, but that’s volleyball,” said coach Smith of her 37-5-4 squad. “That’s how it goes sometimes. Excited to bring it back to the community.

“I would say they really tried and actually wanted to be here and they knew they needed to come out and play the best that they could. I think that (last year’s sectional loss) motivated them to make sure they made it here this year.”

The Tiger defense, which was led by Maddy Richards’ eight digs and Bailey’s seven, only allowed a single service point in the third set, which came from Hope Weber after a Mallory Yeater kill made it 19-11.

“”We knew we had to play together to get here and that’s what we did today,” Bailey expressed. “We played as well as we possibly could today together, each and every one of us. We knew when we woke up this morning that this is what we wanted. 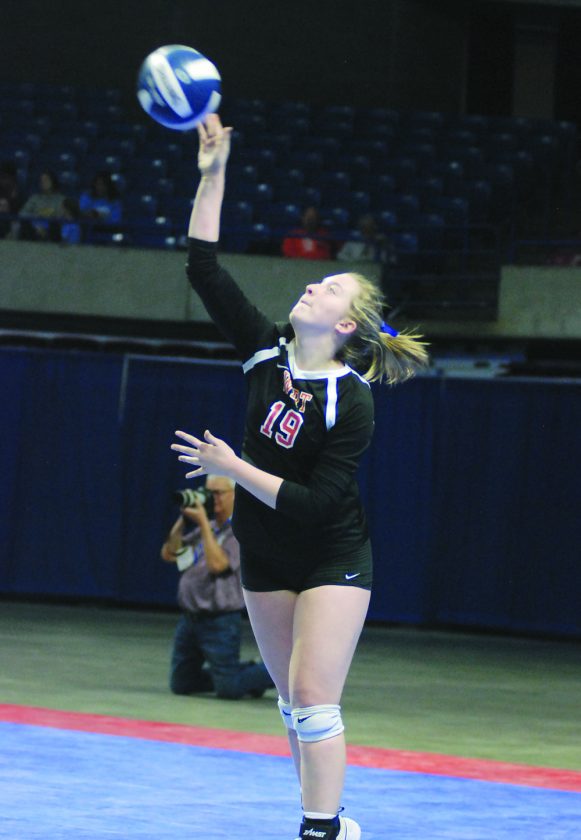 “We worked as hard as we possibly could to get here and we knew that’s what we could do when we got here. We woke up this morning. We felt it and we knew we could take it down.”

The Wildcats of head coach Jennifer Yeater advanced to the state tournament for the first time in school history, but didn’t have a lead in the first or third set.

“It was a great season and I’m so proud of the team’s efforts,” stated the coach, who watched Weber go for 14 kills and nine assists, her daughter tally 14 assists and seven kills as well as Tanley McEldowney and McKenzie Thomas combining for 27 digs. “We were 36-5 and representing Paden City at the state tournament was very exciting.

“We worked hard to get to where we are and will continue to learn and grow. We enjoyed the experience and I look forward to see what holds for these awesome student-athletes.”

Stephens opened set two with a kill, but Weber answered with one of her own. Following a Burns stuff of Weber, Jordan Hickman served up an ace and it appeared the Tigers might roll again. However, consecutive kills by Weber and then her block on Richards and ensuing service point gave PCHS its first lead of the match at 5-4. A Yeater downed spike gave the ‘Cats their only other advantage of the match at 6-5. However, a kill by Wyer from one of Sims’ match-high 36 assists tied it and then Richards extended the advantage with a couple of aces.

A double block by Yeater and Brandis Dalrymple with Madi Kline serving later cut the deficit to 10-8, but Burns answered with a kill and then joined Sims on a double block for a 12-8 cushion. By the time Burns had another block, Sims served for an ace and Burns put another to the floor, the Tigers led 17-10.

Sims, Stephens and Wyer were joined on the all-tournament team by McEldowney, Yeater and Weber. Ritchie County’s Bri Jones as well as Parkersburg Catholic teammates Gracie Lowers and Aaliyah Brunny rounded out the squad. The third-seeded Wildcats won the sportsmanship award.

In Class AA, Oak Glen rallied to top Shady Spring 15-25, 23-25, 25-23, 25-17 and 15-5 to give head coach Morgan Poling her first state championship. The 38-0 Golden Bears were represented on the all-tournament team by Skye Stokes, Hannah Rogers and Jaedyn Hissam. The Tigers landed Bradlea Hayhurst, Meg Williams and Brooke Presley. The other selections were Alyssa Hill and Emma Kennedy of Philip Barbour and Bridgeport’s Shea Hefner.

Note: Wirt County captured its 12th state title, breaking the tie of 11 with Parkersburg High for the most crowns in Mountain State history.