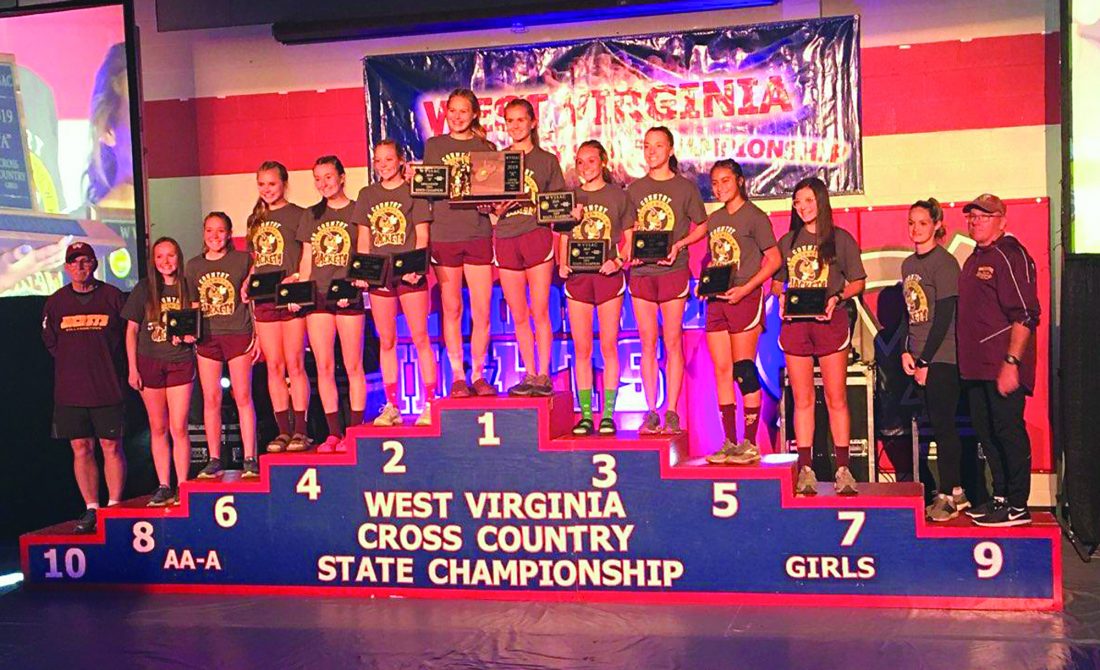 ONA — Given the amount of Little Kanawha Conference schools qualifying for the Class AA/A state tournament, there should be little surprise the league dominated the Class A portion of the meet.

Both state championship trophies and the runner-up honors went to the LKC, along with a pair of state runner-up finishes, and four of the available 20 all-state spots. Doddridge County’s Emily Gola missed out on two spots of becoming the league’s fifth all-stater.

Williamstown’s Ella Hesson and Doddridge County’s Carter Lipscomb competed in the lead three runners until the end of each’s race. Hesson pushed East Fairmont’s Erykah Christopher all around the course and onto the finishing length of Cabell Midland’s track. Her finishing time was seven seconds behind the Bee. Carter followed Hesson’s effort by finishing even closer to Fairmont Senior’s Ethan Kinsel, 16:24-16:20.

The Yellowjackets’ 19:00.21 effort proved a new personal record. One she wasn’t quite expecting during the race. “You just never know what is going to happen when you get all those girls out there on the course,” said the junior.

Her effort largely contributed to the Williamstown girls winning their third straight state tournament. Teammate Chloe Lightfritz adding another block with her all-state tenth-place performance putting more icing on top of the cake. Coaches, fans and her teammates pushed her to this point and she couldn’t be more thankful for the words of encouragement. 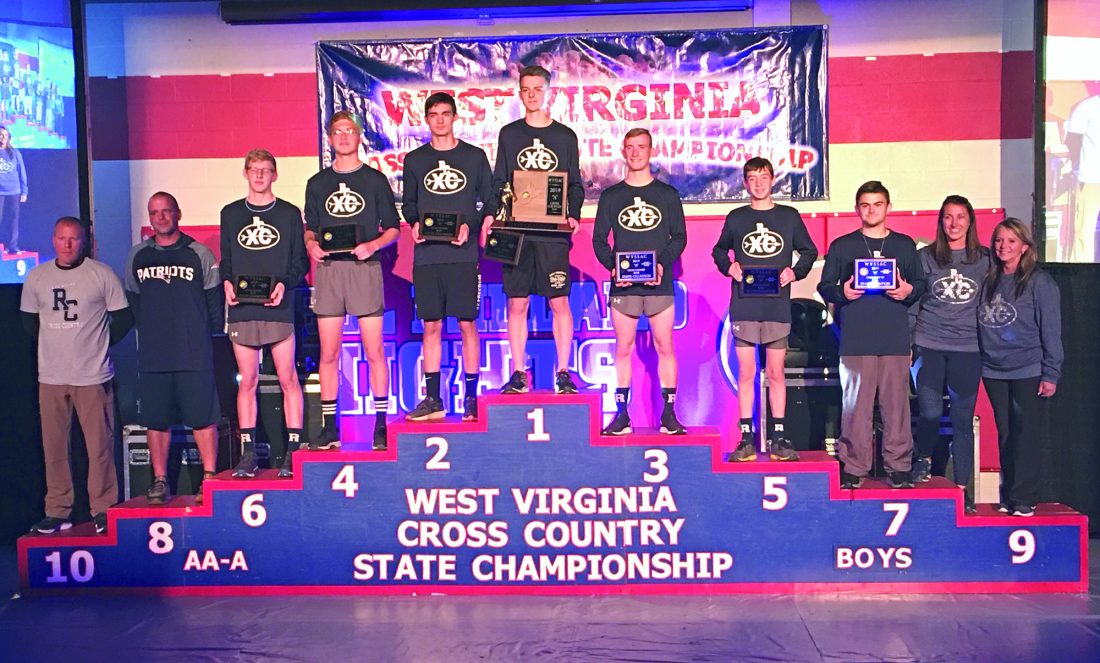 “I really appreciate all the support I had and my main goal was just to get all-state and I could not have made this without my teammates pushing me,” said Lightfritz.

The junior who admitted running a shaky race at regional’s changed her approach for the early afternoon race. Instead of existing in the middle of the front of the back, she fell back around position 30. She then worked her way up and kept picking people off.

School celebrations and the school bus escort back to Williamstown High were sweeter for the junior. Her participation spans all three years at the school.

“I am really glad to be part of this team. It is really big for us and it is a record for our school. So, setting a new school record is just awesome.”

Natalie Sawin finished four places away from giving the Yellowjackets a third all-stater.

While head coach Larry Cassady was pleased with his whole team’s performance, he gave another shout out to Emilee Ellison.

Lipscomb fought through a chest cold and the loss of his arms toward the final mile for his second-place finish. He expected a fight for the number one spot, then didn’t leave disappointed. Kinsel and the Bulldog were stride for stride at the two-mile mark until a lap around the Knights’ baseball field.

The Polar Bear, then, pulled away upon entrance to the football field. Fighting for positioning didn’t end there for Lipscomb though. Bridgeport’s Jackson Jacobs and Fairmont Senior’s Logan Zukel unexpectedly caught him and caused him to dig deeper for more fight. His highest possible finish importantly contributed to the Bulldogs fight for Ritchie County for the Class A state title. And this was the motivation he told himself as he found an extra gear in the final 800 meters.

“I knew I had one last surge in me and it was deep within me and I had to find it or I would fall all the way to fourth. And I knew my team couldn’t take me getting fourth today so I did whatever my team needed me to do,” said Lipscomb.

His words about the battle with Ritchie were proven correct. Ritchie County’s second and third runners erased the hard effort in the team standings. Rebel head coach Holli Vaughn’s freshman Zyan Hardbarger and Brady Layman finished ahead of the Bulldogs’ second runner.

It was a duo not called out in the night-before pep talk though that surprised Vaughn. Senior Kent Bee’s 10th-place all-state finish made the second-year head coach swallow her tongue. Bee needed a sprinting finish to secure his finishing spot.

“We had a big discussion last night at our team meeting and I kind of called Kent out a little bit and said he wasn’t a good sprinter and he made me eat my words. So, I was totally OK with that because he came on the track in the eleventh place and had to do some top sprinting to finish in his top 10 spot,” said Vaughn.

And just in case the rest of the state thought this was a one-time deal, all four happenings could occur again next season. Williamstown brings back their entire team, Ritchie loses their lead and seventh runner, and Lipscomb and Hesson are both juniors.

Overall, the LKC claimed the top five team spots in the boys’ standings, while the girls placed three in the top four.