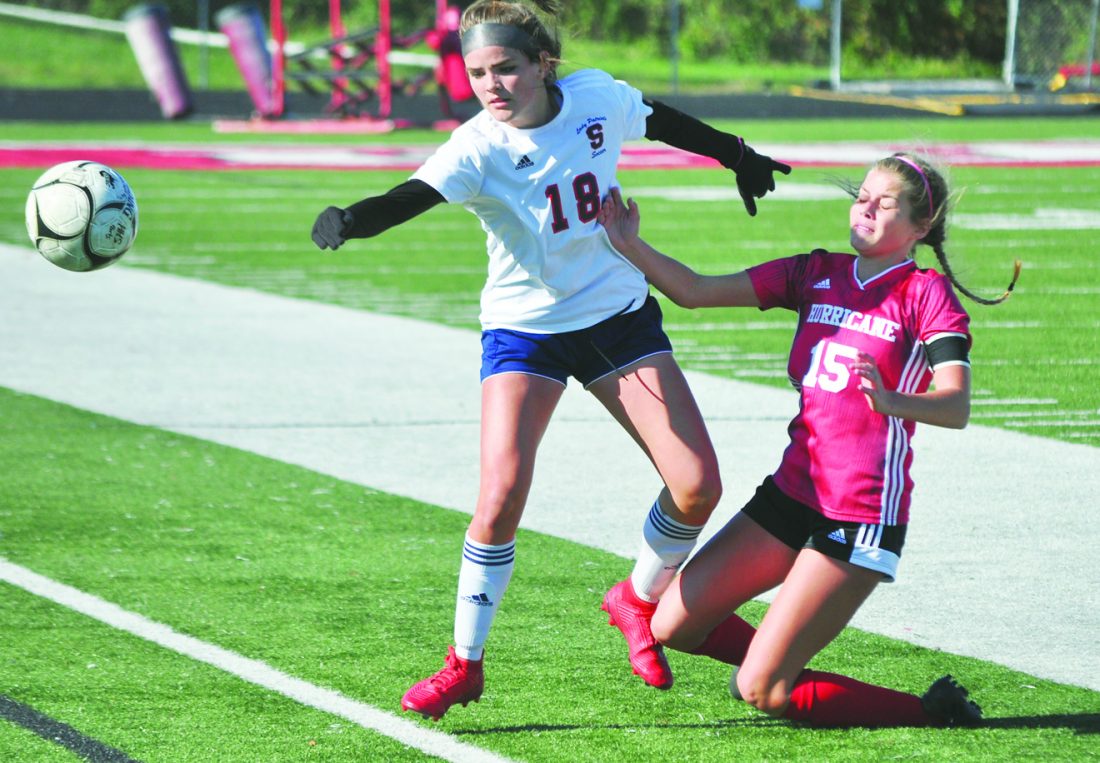 HURRICANE — Being forced to reschedule the Class AAA WVSSAC boys and girls Region IV Final from the original date of Thursday evening due to high winds, both the Parkersburg Big Reds boys and Parkersburg South Patriots girls’ seasons ended on a sour note Saturday afternoon at Hurricane High School.

The Big Reds lost a 1-0 heartbreaker to Cabell Midland on a goal in the 61st minute by Ryan Holmes off a beautiful headed through ball from Jaden Fleshman.

The defending triple-A champion Hurricane Redskins downed the Patriots 2-0 off a first-half brace from the girls’ state leader in goals, Bailey Fisher.

The Knights went on the attack, taking possession away from the Big Reds from the opening kick off and started immediately applying pressure to the PHS back four and junior goalkeeper Caleb Thomas. Knights Joseph Shils and Omar Baryun each tested the junior goalkeeper with early shots on goal, but Thomas kept the Knights out of the net early.

Later, on a corner kick, PHS senior Tanner Stauffer whipped in a cross near goal from the left corner flag and the Big Reds nearly had the game’s first score of the game when Grant Miller’s header was saved by Cabell Midland keeper Cameron Grobe. 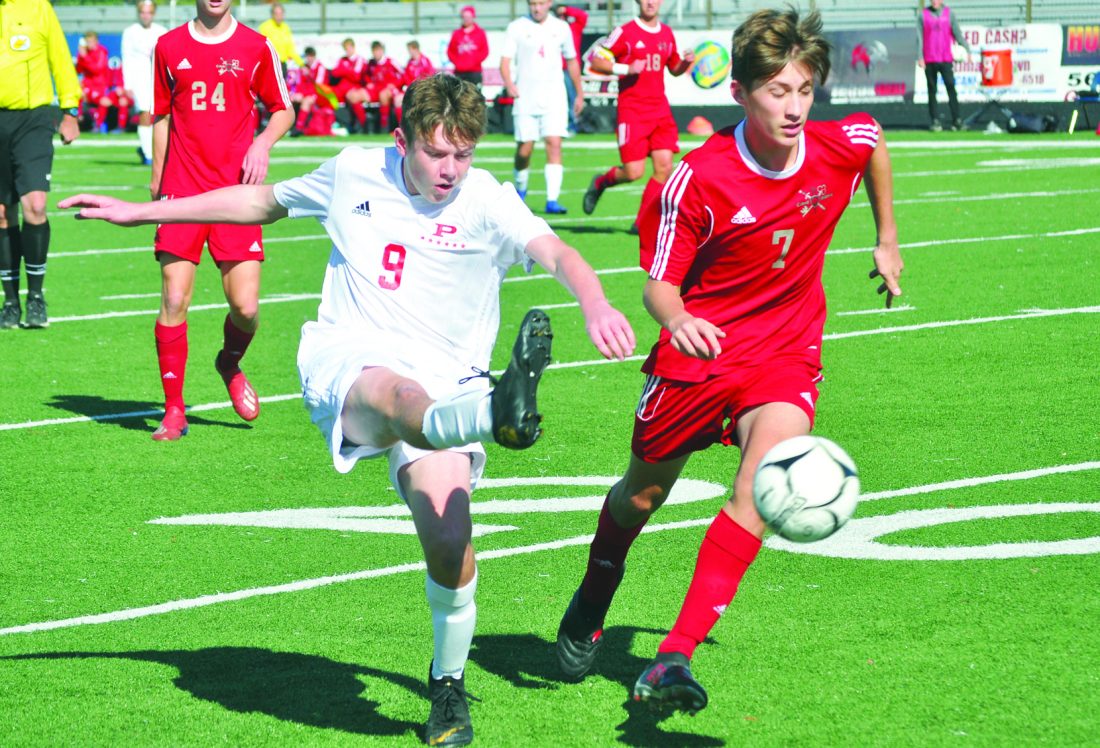 The Big Reds got one more goal opportunity in the first off a corner when Ashton Farnsworth’s shot was saved by the Knight keeper in the 26th minute.

After allowing a goal in the 61st minute, Farnsworth almost knotted the score up four minutes later in the 65th.

Receiving a nice through ball from a Big Red teammate near the box, Farnsworth had an opportunity to make it one-all but his shot rolled wide right.

Cabell Midland had 11 shots on goal and Thomas had 10 saves on the afternoon. Knight goalkeeper Cameron Grobe had a clean sheet with seven saves.

“I was so proud of these guys. I’ve been telling them that they can get to the state championship. Now it might be a little unconventional because defense was our forte, but the kids stepped up. We really took it to Cabell Midland today and they were I think the better team,” Big Red coach Don Fosselman said. “We had some opportunities. We had a wide-open miss and (CM’s Garrett Shields) had three non-keeper saves in the first half. I’m so proud of our kids. We got throttled 5-0 (last time) and we took these guys to the max.”

In the second match of the day, Redskin forward Fisher proved once again why she is one of the most feared attackers in the Mountain State. However, the sophomore may not be 100 percent healthy for the Redskins’ bid in repeating as state champs at Beckley on Thursday.

After poaching a goal off a rebound from Patriot junior keeper Kendal Mader in the 14th minute, Fisher later brushed off South defenders and sent a rocket right of goal in the 23rd minute for her second tally.

Fisher went for the hat trick with just one minute left in the first half, but she was challenged by South senior defender Abby Homan and both tripped over the loose ball. Fisher landed awkwardly on the turf and had to be carried off by Redskin coaches and didn’t return in the second half.

Playing with five in the back with the 2-0 lead in the second half, the South attack was still able to get solid looks on goal.

Near the left touchline, South sophomore forward Samara Nunn flicked a nice through ball in the box to sophomore Karleigh Dowler for a one-on-one opportunity with Redskin goalkeeper Olivia Bird. Dowler tried to get a shot past Bird, who was coming out for the save, but the Redskin keeper was able to deflect the shot away for the save. Finishing with four saves, Bird now has 19 shutouts on the year.

Senior Faith Childers had two shots on goal for South, along with one shot from Nunn. Mader had five saves between the sticks.

“They’ve been defending soundly all season. You know, they’ve only conceded like five goals on the entire season, so that’s a team that you know if you get behind early you’re gonna get yourself in trouble. Unfortunately, the girls knew what we needed to do in the game and we just didn’t cover and mark Bailey Fisher as tightly as we needed to,” South coach Ron Bucholtz said. “We let her have freedom a couple of times and she burned us. A quality player will do that when you make the mistake of not shutting her down.

“I thought we possessed the ball nicely and we had more possessions today. We passed the ball nicely. I wish we played them on the big grass field so that we could really pass around even better, but they are a quality team. We’ve been playing strongly the last half of the season. We’ve turned things around and figured some things out and just fell a little short today.”