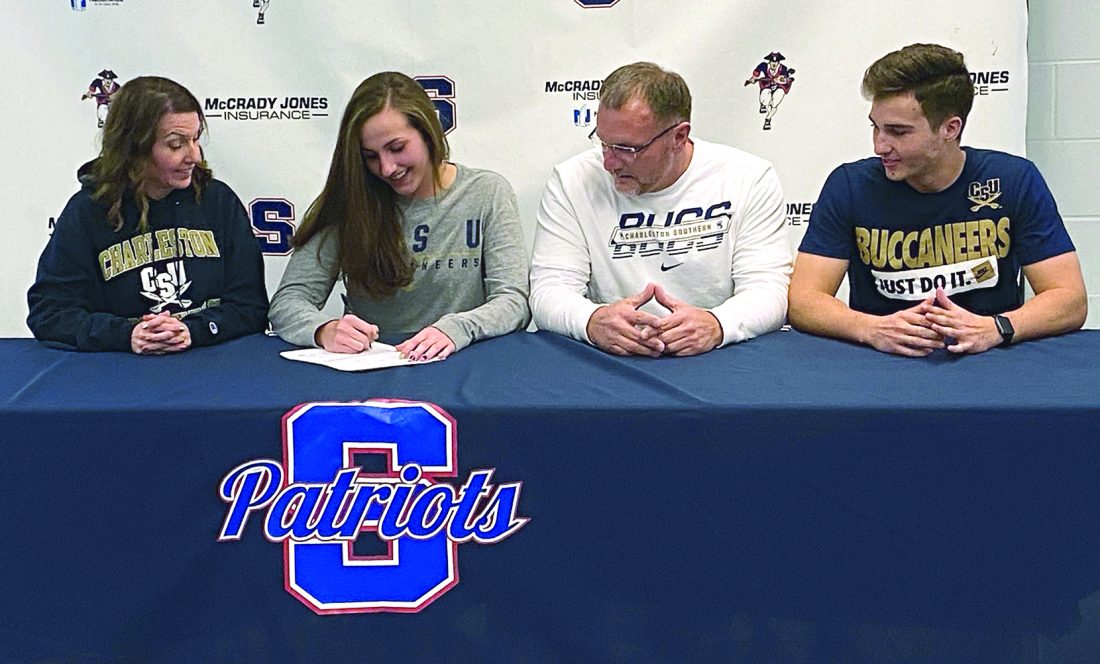 Both young ladies went on to play at the next level. Stephens built a storied legacy at NCAA Division I Cincinnati, while Hayton is still in the midst of a successful career at Division II University of Charleston. Each also scored 1,000 points during their careers with the Patriots. Stephens’ 1,942 points and 1,276 rebounds still stand as school records.

Makenna Winans added her name to this immediately notable list over the last three seasons. Her offensive and defensive presence and output have been matched by very few in Class AAA during this time. Replicating her versatility around and inside the paint and out to the 3-point line is no easy task. Skills likely making her the fulcrum of new coach Rick Dobson’s offense in the upcoming season. Winans sits 200 markers away from the 1,000-point mark.

Former South coach Ed Davis certainly enjoyed having her on the team. His three teams qualified for the regional finals in as many seasons, then advanced to the state semifinal in 2018. Davis even drew up the final play of the two-point loss to PHS in the semi for his post player.

He isn’t shocked this position has arrived for his former player.

“I think her humility and how she just went about it every day and how her older teammates accepted her paired with her size and athleticism was something you don’t normally get as a freshman. She made it easy and she was a good fit with the other kids and gave us a lot of flexibility to see there was something there with her,” he said.

Contributions not going unnoticed by coaches at the next level. Winans joined Stephens and Hayton again after she signed her National Letter of Intent to Charleston Southern University Tuesday afternoon in the Parkersburg South cafeteria.

The South Carolina-based school resides in the Big South Conference.

With the signing, the Patriot reached a goal she set for herself at the beginning of a long basketball season.

“It was pretty much just to play in college at first but then I figured out what I could do on the court in high school and then I started looking Division I,” said Winans. “I really enjoyed getting in and playing right away for the Patriots and that really got me ready for this moment.”

Head coach Fred Applin’s Buccaneers got in on the ground floor early. After scouts saw Winans play for the local AAU Mid-Ohio Valley Red Dragons, they were the first D-I school to offer her. One decision staying in the back of Winans’ mind when it came time to make her choice.

Smaller schools entered the picture, but didn’t stay around long.

“I was kind of nervous because I committed early, but it is also a smaller D-I school and I will get to play and it is close to the beach so you can’t argue with that,” said Winans when asked to further explain her decision. “I really didn’t want to have to be a professional athlete, either.”

She said her position will remain fluid on the court between the 3, 4 or 5 positions.

Winans will major in kinesiology (the study of human or non-human body movement) heading into physical therapy upon completion of the program.