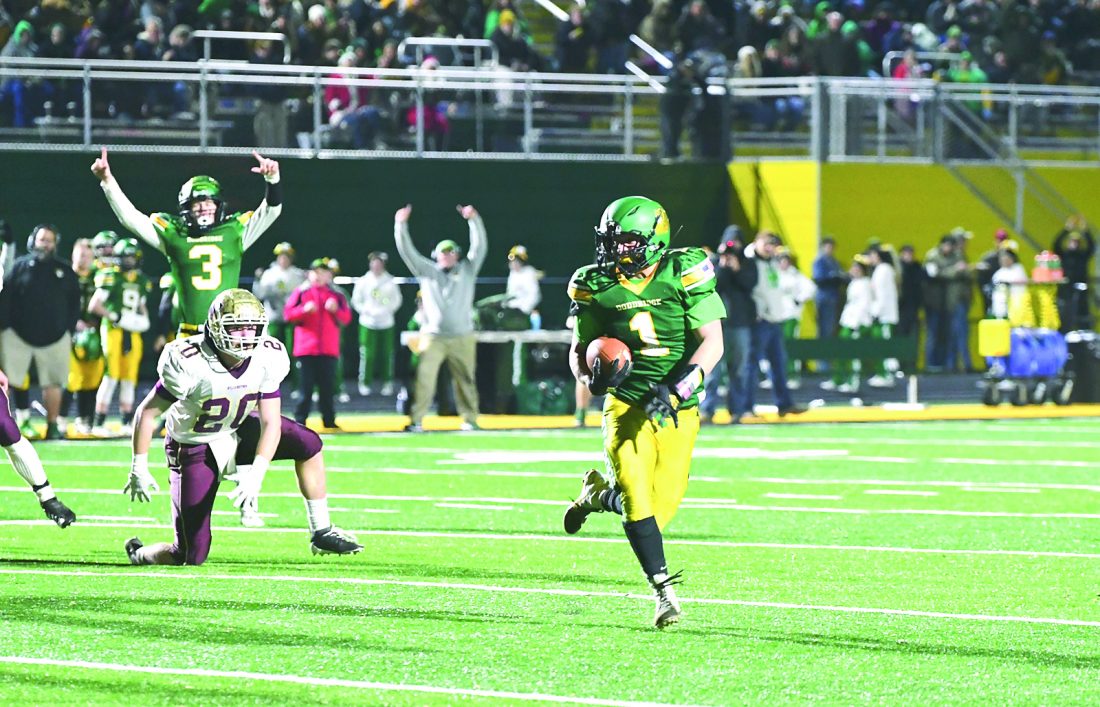 Doddridge forced five more turnovers and converted three of them into 20 points in a 27-3 win over Williamstown. Hunter Jenkins snared an interception, while Dylan Knight, Adam Burnside and Brady Zellny all recovered fumbles.

The defensive performance came on a night where Hunter America was held to 68 rushing yards on 30 carries and where other kids stepped up in big ways. Reece Burnside’s end around gains of 22 and 13 yards helped set up his teammate’s first two scores. Griffin Devericks added several big plays, and the offensive line showed their dominance once again.

“We knew seeing them for the second time was going to be tough and they came out and forced a turnover and drove the field and had to weather the storm and like you said it was a long game and the young men played their guts out,” said Burnside. “Then we did what we did and forced some turnovers and cashed in on them but it took the whole team tonight. They really geared up to stop Hunter tonight and we had to use some other people which we were able to do.” 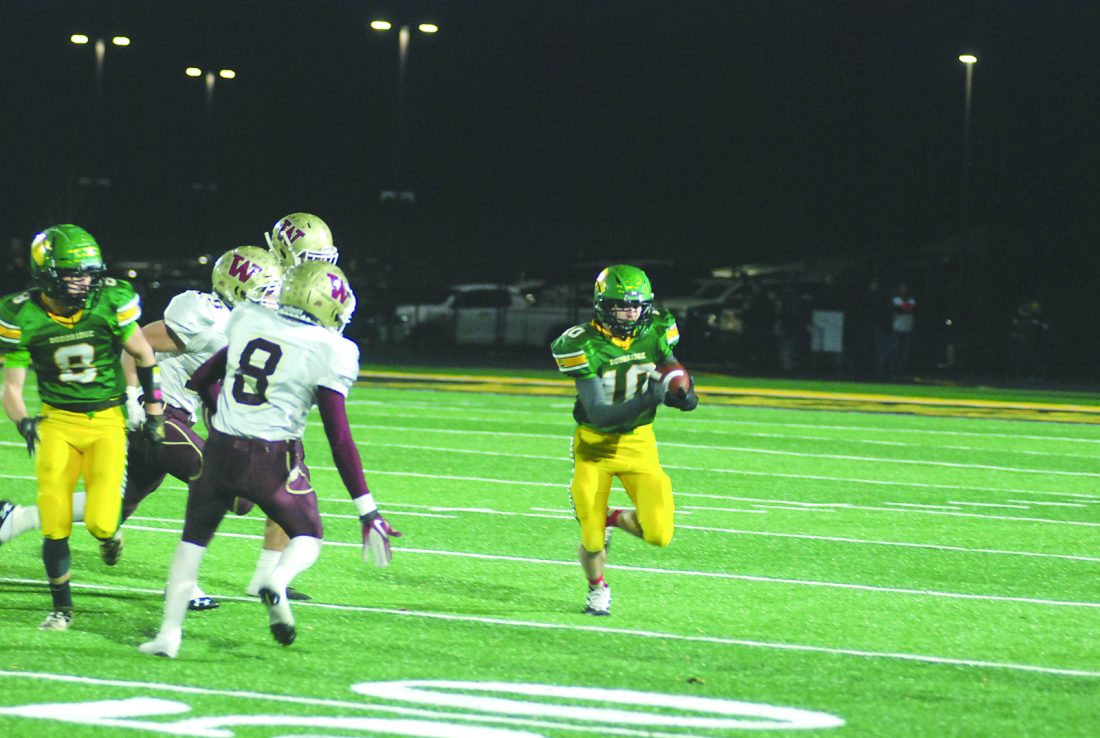 Those turnovers and hard play helped Doddridge stay on Williamstown’s side of the field when the offense commanded the football. Three of the Bulldogs’ four touchdowns came on drives beginning in Yellowjacket territory.

“It is hard to stop a good team,” said Williamstown head coach Terry Smith. “Their guys were tackling and played super defense and our defense played well. We just couldn’t do anything on offense as they were the better team. I am not sure if we would have beaten them with zero turnovers.”

Logan Richards’ interception of a Noah Bumgardner pass just two plays into the game gave Williamstown’s offense a chance for a strong beginning.

The Yellowjackets settled a Josh Erb 22-yard field goal. The ‘Jackets had fourth and inches at the goal line, but one false start later sent the kicking unit on for the attempt from the six-yard line.

Brady Ankrom then gave the visiting team another chance to pick up points with his own interception. Jenkins ended this hope with a pick on the next play from scrimmage.

“I think everyone felt good, we still came away with some points and then we just started turning the ball over,” said Smith. “The bright spot of the evening was the first drive.”

Four plays after Jenkins’ pick, America found the end zone from three yards out with 10:18 remaining in the opening period. Burnside’s 22-yard gain on a nifty run two plays earlier put the ball on the five-yard line.

Brayden Modesitt’s feet getting tangled with teammate Ty Moore on fourth-and-2 ended the next Yellowjacket drive on a turnover on downs.

It took a little longer for the Bulldogs to score but they would seven plays later. Burnside’s second end around picked up 13 yards and set the ball at the Yellowjacket 11. America then made a short juke move outside and outhustled the Williamstown defenders to the goal line.

Smith’s team got one more chance to make it a contest before Doddridge sealed the trip to Wheeling. Brayden Modesitt and Moore along with receivers Eric Brown and Trevor Oates moved the Yellowjackets from their own 29 to the Bulldogs’ 17. A personal foul on the next play followed by a false start penalty left Williamstown with a 3rd and 30 at the Doddridge County 37.

Modesitt’s pass to Brown hit him in the hands but fell incomplete. Doddridge County took a knee the next play to run out the first-half clock.

Mason Deem’s fumble immediately to begin the second half was the dagger.

Bumgardner’s quarterback sneak on second and goal at the Williamstown 1 sealed the deal with 6:18 remaining in the third period.