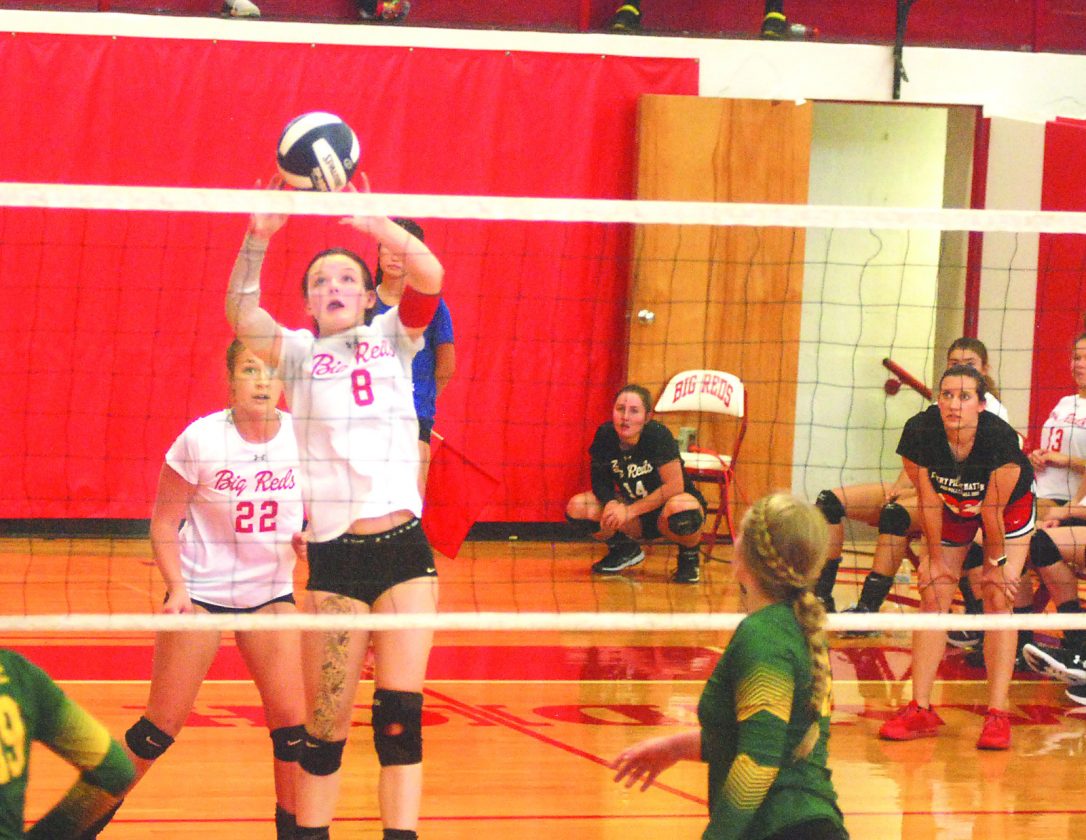 Photo by Jay W. Benentt Parkersburg High School’s Kristen Lowers pushes the ball across the net during a match earlier this year. PHS and Parkersburg South will compete in the Class AAA, Region IV tournament starting at 6 p.m. today inside Memorial Fieldhouse.

Photo by Jay W. Benentt Parkersburg High School’s Kristen Lowers pushes the ball across the net during a match earlier this year. PHS and Parkersburg South will compete in the Class AAA, Region IV tournament starting at 6 p.m. today inside Memorial Fieldhouse.

PARKERSBURG — Eight area programs will attempt to punch their respective tickets today to next week’s state volleyball tournament in Charleston.

Parkersburg High School and Parkersburg South will be in today’s Class AAA, Region IV tournament, which is set to get underway at 6 p.m. inside Memorial Fieldhouse. Becky Bennett’s Patriots will be out to upset defending state champ Spring Valley. PHS is set to take on Cabell Midland, last year’s state runner-up, in the other semifinal.

“Anything can happen,” admitted Big Red head coach Erin Thorpe, whose program is 3-0 versus CMHS this season. “That’s what I tell the girls. Any matchup, anybody can beat anybody at this point in the game, especially in a five set match.”

For the first time in history, the state tournament will be seeded. Teams still left alive in the regional, 16 in each of the three classes, had to send in their voting ballots by Friday afternoon. The format for voting is the same used during basketball season.

“Their record does not reflect how well they play,” Thorpe added of the Knights. “We have to make sure we are on top of our game. We’re not really practicing to play against them. We are practicing to make ourselves better. 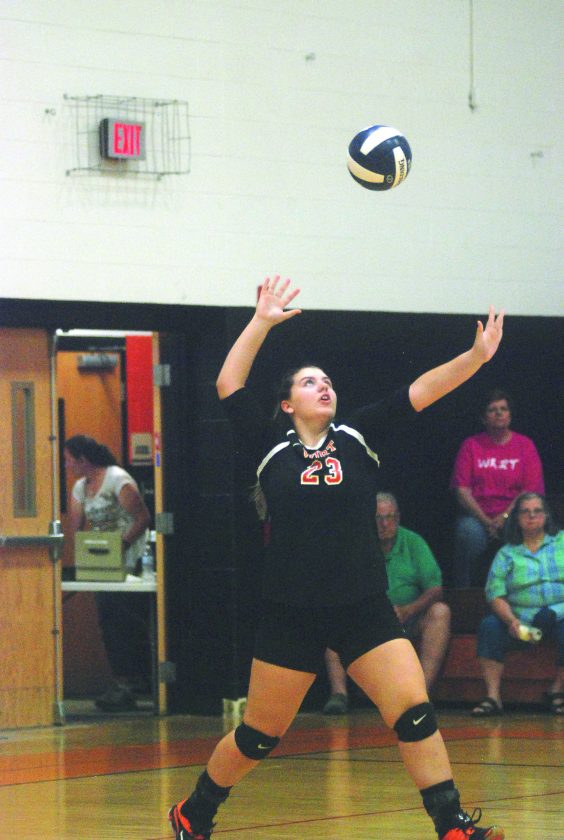 Wirt County’s Emily Young serves the ball in a match against Williamstown earlier this year in Elizabeth. The Tigers will join Parkersburg Catholic at today’s 10 a.m. Class A, Region IV tournament in Ravenswood.

“I got a group of gamers and they don’t quit. The longer we play the better we get. They’ve worked hard and meshed really well. I think we’re going to be a force to be reckoned with.”

The other half dozen area programs looking for a regional semifinal victory today, which qualifies them for state, are sectional champions Paden City, Wirt County and Doddridge County along with sectional runners-up Parkersburg Catholic, Ritchie County and Gilmer County.

All of the single-A regionals are set for 10 a.m. starts and that includes Region II at Moorefield, which is hosting a regional for the first time in school history.

Doddridge County, which advanced to state last fall, had to win two championship matches to earn the sectional crown against Gilmer County on a long Thursday night. The Bulldogs of head coach Kris Bonnell will take on East Hardy as the host Yellow Jackets square off versus Gilmer County.

The top two programs in the Little Kanawha Conference are one win away this morning from meeting each other once again in the Region IV tournament at Ravenswood. Parkersburg Catholic defeated Wirt County for the first time this year in the LKC finals, but the Tigers of first-year head coach Miriam Beall swept PCHS in the sectional final. The Tigers will take on Sherman while PCHS head coach Amanda Weatherwax’s squad faces off against Buffalo.

The 32-4 Wildcats of head coach Jennifer Yeater are just a win away against Madonna from becoming the first Paden City team in school history to make the big dance. Ritchie County will meet Wheeling Central in the other Region I semifinal.

“We’re really trying to get healthy, two girls are sick and one (Andrea Kirk) is trying to recover from an ankle injury,” admitted Rebel boss Matt Carpenter. “Andrea is our big middle and I don’t know if she’s going to be able to go Saturday, but if we get through that we’d really like to get her back. She brings a lot to the team.”

Ritchie County is the only instate loss Paden City has suffered this year.

“Paden City was very solid and very fundamental against us, impressive,” added Carpenter, whose team finished as state runner-up to Wirt County in 2017.

If the Wildcats can win the regional crown, they also would establish a new school record for victories.

“Last year we were 25-10 and the goal this year was to better that record and to get out of the section and make a run for the state tournament,” Yeater admitted. “Four of my starters played club ball and everyone has really meshed together.

“We’re in a tough section and we knew it. We had some girls come up with some big blocks and some big digs and we were able to find the floor with our hitters.”

Despite beating Magnolia twice in the regular season, Paden City had to rally from a two sets to none deficit in the sectional against the Blue Eagles.

“The 2011 team went 33-9 and won the sectional,” Yeater said of the last time the Wildcats, who have won three straight OVAC 1A crowns, were sectional champs.