ATHENS, Ohio–Usually a tough atmosphere to play at for opposing teams, it’s been the opposite at Peden Stadium for the Ohio Bobcats in 2019. The Bobcats went undefeated at home in 2018, as they try to get back on the winning side of things at home against Kent State with the kickoff coming at noon on Saturday with the affair airing via CBS Sports Network.

Still within reach of first place in East with a 1-1 record in Mid-American Conference play and tied for second with Bowling Green and Miami (Ohio), Ohio will now turn its attention to the first place Golden Flashes, who come into this matchup sporting a 2-0 mark to begin conference play.

Last week’s slugfest against Northern Illinois proved to be a nail-biter, as the Huskies handed the ‘Cats their fourth loss of the season on a 37-yard field goal from Jason Richardson. The Bobcats (2-4, 1-1) struggled the entire game stopping Huskies’ quarterback Ross Bowers. He threw for 338 yards and one touchdown in the triumph. Running back Tre Harbison gained 113 yards and reached paydirt three times, as Ohio allowed 510 yards on defense.

“You want to win all MAC games, but, obviously, your division wins are critical in terms of even having the chance at getting to that championship game,” Bobcat head coach Frank Solich said in his press conference Monday in Athens. “We did play the two teams that were in the MAC Championship last year, so we played two of the better programs in terms of over the years that there probably are in the MAC.”

Senior quarterback Nathan Rourke became the first Bobcats QB in 10 years to have a passing, rushing and receiving touchdown in last week’s loss. Having 258 yards in the air and completing 19 of his 31 passes, Rourke had a team-high 80 yards on the ground. Redshirt freshman wide receiver Shane Hooks was Rourke’s main target last week, having career highs in catches (7), yards (131) and he additionally scored on a 47-yard TD. Now tied with sophomore WR Isiah Cox and redshirt junior tight end Ryan Luehrman with 15 receptions, Cooks leads the Bobcats with 322 receiving yards, and he now shares the top spot with Luehrman with three receiving TDs.

Predicted to finish fourth in the East under second-year head coach Sean Lewis, Kent State’s 3-3 start could serve as a surprise to some of those pollsters. They made short work of Bowling Green with a 62-20 win to start play in the MAC. They followed that up with another big win with a 26-3 victory at Akron last Saturday.

Ohio will need to be on the look for junior defensive back Elish Hines on the offensive side of the ball. Hines is coming off being named the MAC East Division Defensive Player of the Week after having a career-high 11 total tackles in the win.

Junior QB Dustin Crums is another solid threat under center the Bobcats need to gameplan around for, since the junior signal-caller has completed 83 in 155 attempts for 874 yards and six touchdowns.

His favorite target is sophomore wide receiver Isaiah McKoy. He enters this game in Athens with top marks as leading receiver for the Golden Flashes with four receiving TD and 381 yards. 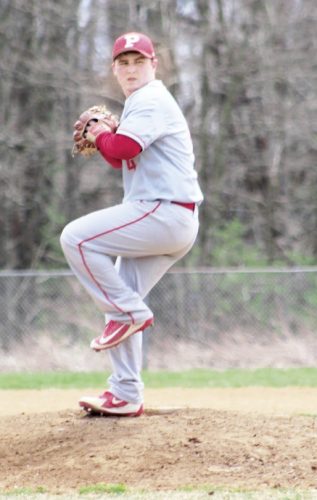