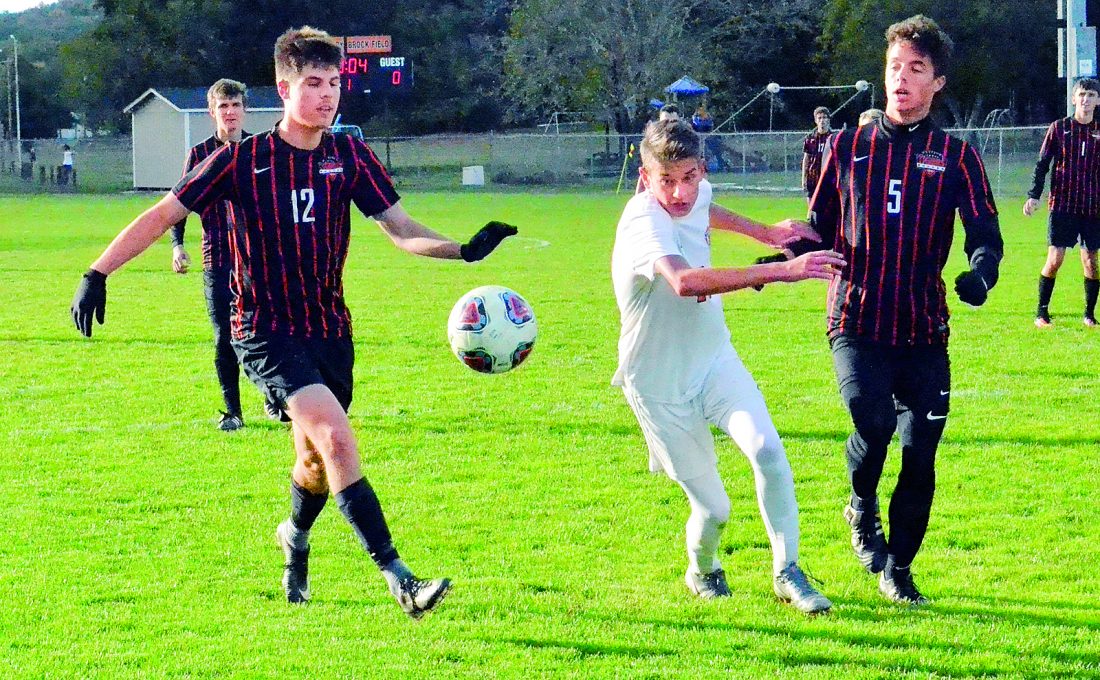 “I think that’s the most I’ve ever scored in one game,” said Fournier, who is also a place-kicker on the MHS football team.

Ryan Mannix, the team leader in goals with 35, added two scores for the top-seeded Marietta Tigers who will advance and play either Circleville or Hillsboro in a final at 11 a.m. Saturday at JBF.

“It’s good to get a win,” Fournier said, “and move on in the tournament. Next game up.”

Todd Morris was also very pleased with the result.

“It shows that we didn’t take the game lightly,” said the veteran Marietta head coach. “We still came out and played our style of play. And, now we move on.”

Cayden Wheeler, Jake Craven, Cade Gandor, Dave Sarver, and Ryley Warner each chipped in with one goal for the winners. Ethan Feathers finished with two assists, while Gabe Sloter, Maclane Roe, Craven, Mannix, Gandor, and Wheeler had one apiece.

Marietta also hit the goal posts three times and the cross bar once with shots in the opening half.

Marietta keeper Justin LaBarre was credited with his seventh clean sheet of the campaign. He had zero saves.

Waverly’s only shot was wide right in the second half. The WHS 11 spent most its time on defense.

During first-half action, Fournier beat the Waverly defensive wall twice on direct kick goals. Mannix had his team’s last two goals just before the intermission. Also scoring during the first 40 minutes were Wheeler, Craven, and Gandor.

Feathers scored three straight goals, including a penalty kick, after the break to stretch the MHS Tiger lead to 10-0. On the night, he was 3 for 4 on free kicks.

“Sean is such a quality player,” Morris said. “He’s just so good, reading plays and breaking up plays.”

Capping all the scoring in the contest, Sarver and Warner each found the back of the net.