Hawks too much for PHS

University gets two past the Big Reds 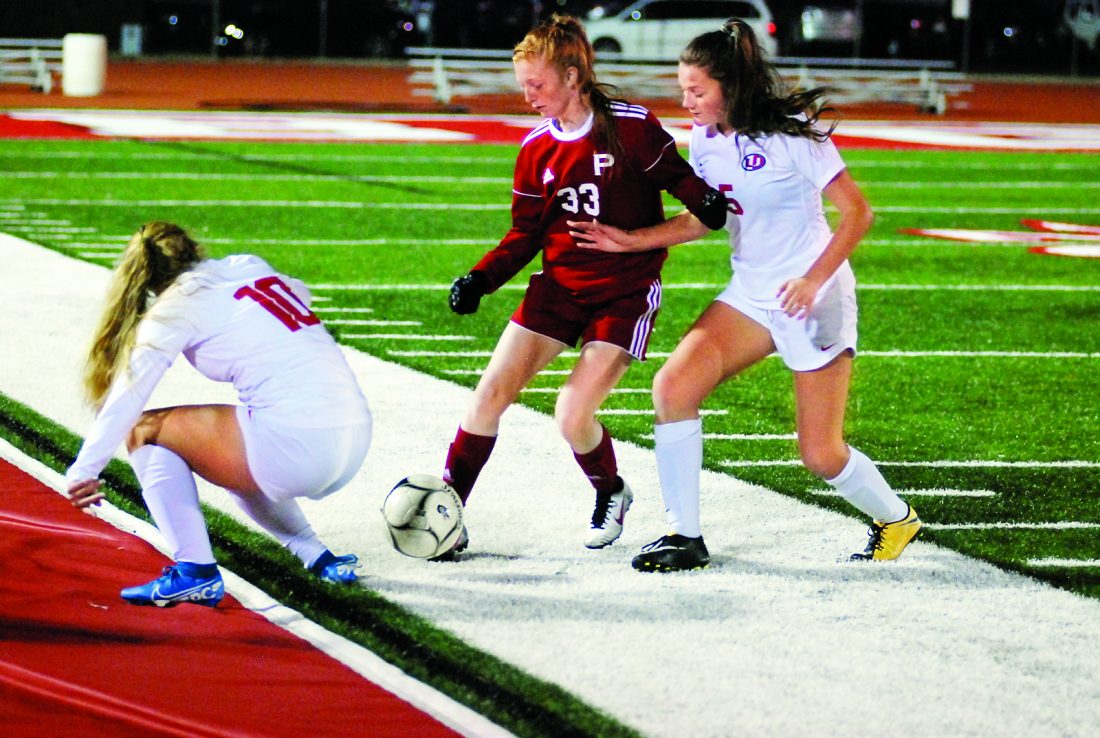 PARKERSBURG — A scoreless match at the half didn’t stay that way here Thursday evening at Stadium Field as No. 7 University received a pair of goals from Emily Lattea en route to a 2-0 victory versus No. 10 Parkersburg.

The Big Reds of head coach Brad Morris will carry an 11-7-2 mark into their sectional opener at 6 p.m. Monday when Ripley invades.

Lattea nearly scored before the break as the Hawks had a corner kick with time winding down. Tristen Bright managed to get the corner off with just seconds left, which Lattea headed off the crossbar as time expired. The ball came out and Tali Sizemore drilled it home, but the half was over.

“It was a goal. It was in. It hit the back of the net and spun out,” noted UHS head man Graham Peace, who got a clean sheet with four saves from keeper Lizzy Edwards as the Hawks improved to 12-6-1.

Prior to Lattea’s first tally in the 48th minute, the Big Reds had a prime chance to score but Jenna Carpenter’s through to Madison Spears resulted in a shot off the crossbar in the 47th minute.

Hawk Madison Wesolowsky drew the foul with 32:31 left in the match, which allowed Lattea a direct kick from the 15. Her rocketed shot was nearly saved by a leaping Isabel Lynch, but the ball had too much on it and went through her gloves.

Prior to Lattea’s second tally, Carpenter unleashed a laser at Edwards, but she managed to corral the ball into her stomach. With 16 ticks left in the 50th minute, Isabella Bowers played a ball to Lattea, who finished for the final margin of victory.

PHS also had shots on goal after getting down 2-0 by both Brayden McNickle and Jennifer Morris, but Edwards was there.

“We played a good match. We just couldn’t bury a shot,” said coach Morris, who watched Lynch make a fully-extended diving stop in the 62nd minute to deny Lattea a hat trick

Spears also had a pair of first-half shots on goal.

“It just depends on which Big Reds show up,” Morris said of his squad. “(Now, it’s) either their ‘A’ game time or time to go home.”