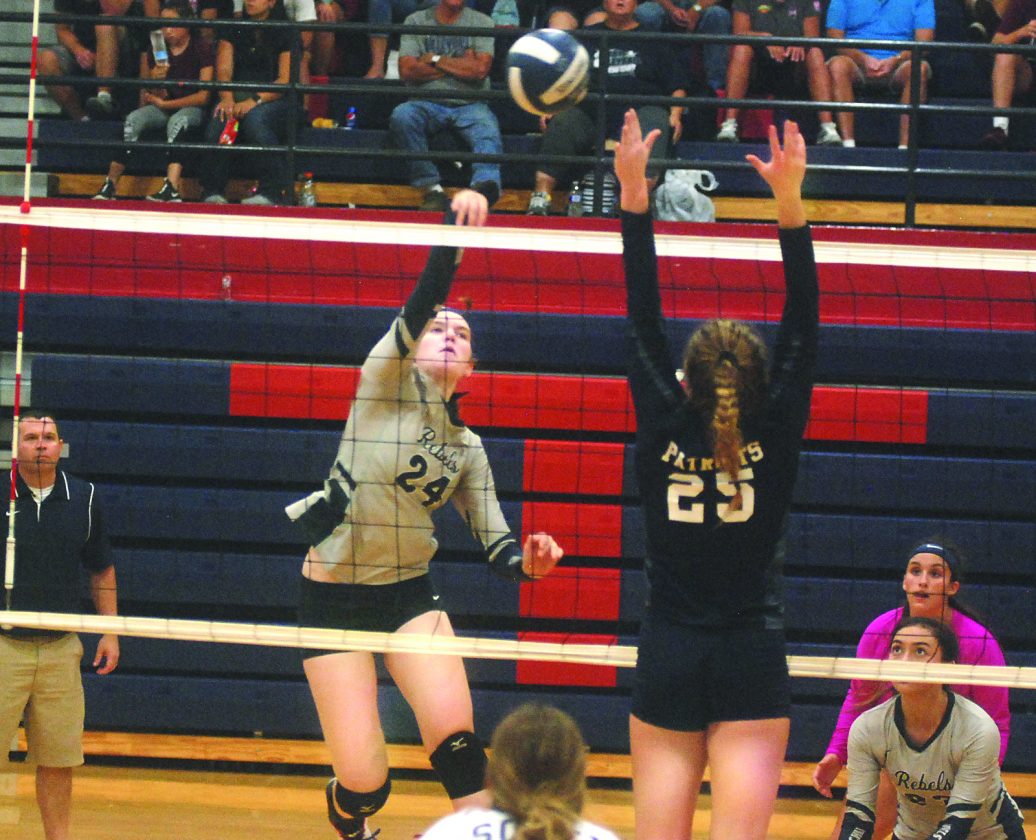 In the final set of the evening, the Rebels used a Kayla Holbrook kill, a PSHS attack error and then an ace from libero Ashley Davis to take a 3-0 lead they never relinquished.

PSHS, now 5-6-2 with a match Thursday at Wheeling Park, also made a pair of early service errors and trailed 6-3 following a kill by Rebel Haidyn DePinho and again at 9-3 when Andrea Kirk put one to the floor.

A stuff at the net by Catreena Shears on Kirk made it 12-6 and a Nakia Bracy service tally closed the decisive third set to 12-7, but Rebel freshman Rebekah Ruppert took over at the net. Following consecutive kills, which gave the Rebels a 16-10 lead, she had a block to put the Patriots down by seven. Ruppert added three more kills and after Kirk had another downed spike, PSHS was behind 22-15.

Kaelynn Ireland got double blocked by Bracy and Alana Brigner and then Cassie Fink served for three straight, including an ace, to cut the deficit to 22-19. However, the Patriots couldn’t get any closer and Ruppert ended things on match point with a kill that started from a Katelyn Lambert pass. 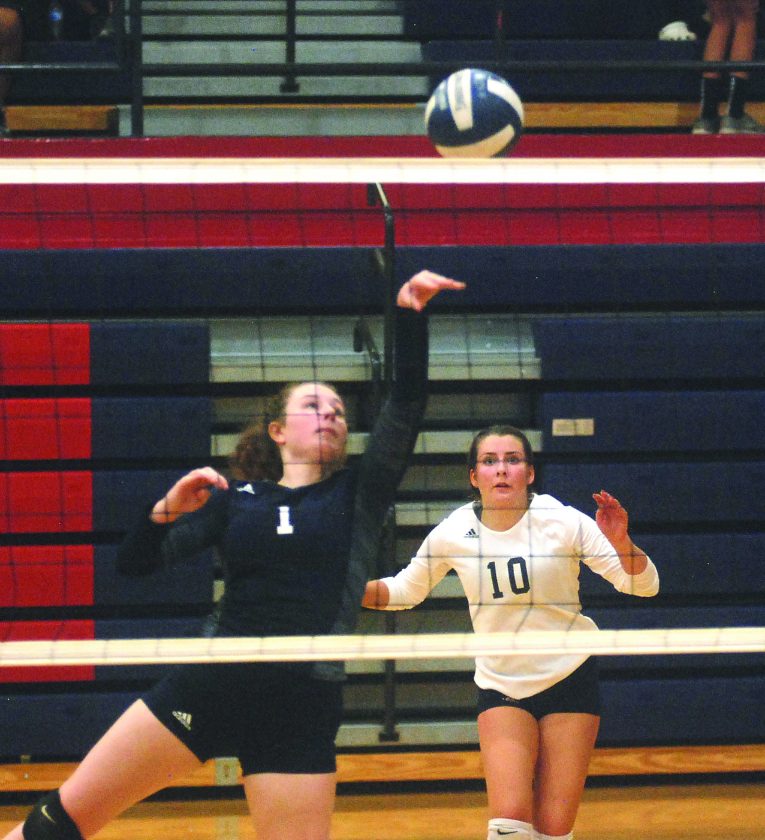 Photo by Jay W.Bennett Parkersburg South’s Makenna Gibson takes advantage of an open net and records a left-handed kill as teammate Kylee McCorkle looks on from the back row during Tuesday’s tri inside Rod Oldham Athletic Center versus Cabell Midland.

“It would’ve been nice,” Bennett said of going 2-0 on the night. “We owed Ritchie County from the scrimmage, but things didn’t go our way and we couldn’t get ourselves out of the hole we dug. You can’t constantly dig yourself a whole and expect to get out.”

In the opening set versus the Rebels, PSHS trailed 12-9 and 14-6 before making a huge rally. In the comeback, Lauren Somerville served for four points and Makenna Gibson had three. Fink, Bracy and Shears also had two downed spikes each.

“I’m proud of them. We spread the ball around well and passed the ball well,” said Rebel boss Matt Carpenter, who got 11 kills and five blocks from Ruppert versus the Patriots. “We’ve been preaching serving all year and we served well. Tonight, I felt was a big stepping point for us, especially getting to play some bigger teams who get up and block and swing at it.

“Our front line did a great job tonight. Bri (Jones, match-high 24 assists versus South), I thought she put the ball on a ‘T’ all night long. Real happy with tonight’s performance. We’re looking forward to going in Thursday with some momentum and playing what I consider one of the best single-A teams (Parkersburg Catholic) in the state well in their gym.”

Patriot libero Kylee McCorkle had a match-high 17 digs in the setback to Ritchie County, which got four aces from Holbrook, six kills by DePinho as well as four downed spikes apiece from Ireland and Kirk. Somerville joined teammate Haley Hatfield with 11 assists apiece.

Parkersburg South started the tri with a 27-25, 17-25 and 25-16 triumph against Cabell Midland, which received a combined 19 kills from Madison Riggio, Gracie Hightower, Shelbi Hickman and Clara Lewis. Taylor Harris had 19 assists in the setback.

McCorkle led the way defensively for South against the Knights with 25 digs and fellow Patriot Reagan Nutter had seven as too did Somerville.