No problem for PC 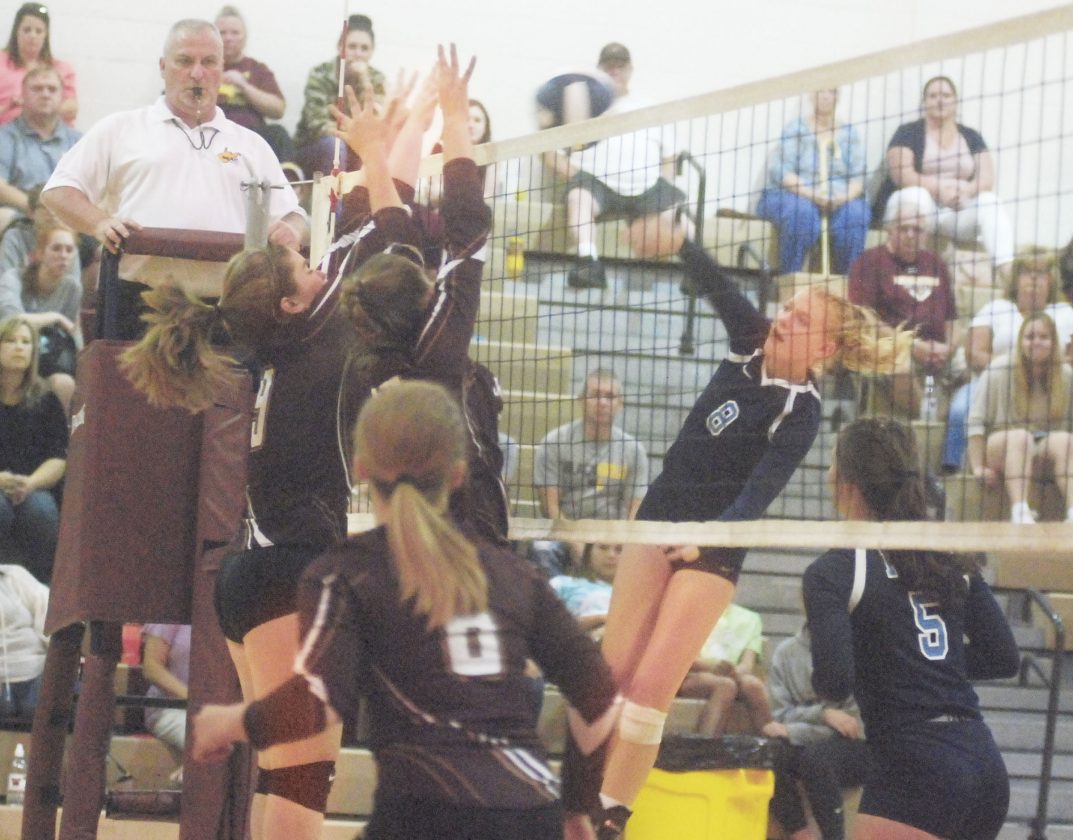 WILLIAMSTOWN — In the season opener for both Little Kanawha Conference volleyball programs here Thursday evening, host Williamstown won the first two sets — 25-20 and 25-23 — before watching rival Parkersburg Catholic rally to capture the match by taking the final three sets — 25-21, 25-15 and 15-6.

The Crusaderettes of head coach Amanda Weatherwax, who didn’t graduate a single player a year ago, broke a crucial 21-all third-set tie thanks to a kill by Lainie Ross, who followed that up with an ace. Paige Stotts served for the final two points in set four and Ari Nedeff got the match point service tally thanks to a kill by Grace Wojcik.

Williamstown, which plays Saturday at Doddridge County’s Bulldog Bash, took advantage of five service errors by PCHS in the opening two sets, but never fully recovered after a delay due to an ill referee.

Aside from three straight points, which included an ace by setter Lakyn Joy to give WHS a 7-6 lead in set four, the Yellowjackets’ only other service point came from Chloe Hooper. PCHS grabbed a 14-13 lead in set four when Beth Lowther got a kill from one of Jenna Boice’s match-high 42 assists, but Brittney Hooper’s downed spike tied it for the last time at 14-all. After that, it was Ross who had a kill and then an ace. Aaliyah Brunny, who had a match-high 21 kills, took over in the middle from there for the Crusaderettes.

“It’s just getting them to come together early is what we need to work on,” said Weatherwax, who watched Ross tally five aces, eight blocks and 14 kills.

Consecutive kills by Skyler Chancellor, the last with Kamryn Haynes serving, gave WHS a 4-3 lead in set five. However, PCHS got a Ross stuff at the net and then a kill with libero Gracie Lowers serving. Lowers had eight straight points, which included four consecutive aces, as the visitors rolled in set five.

“I think we had momentum going into the game delay,” admitted Cole, who got 11 kills by Brittney Hooper, 10 by Georgie Inman, eight from Chancellor and six by Lakin Hall. “Then I think Catholic regrouped and we just lost momentum. I think the girls played hard.

“I think with the adversity we’ve faced since the season has started and we’ve had two weeks to put this together and they are returning a whole team from last year, I don’t think I can really complain.”

Lowers finished with 18 digs and seven aces while Stotts had a trio of aces and Grace Pedersen a pair with a dozen digs.

‘Jacket libero Jillian Modesitt had 16 digs, an ace and a kill. Haynes finished with 11 digs and teammate Payton Woodard had four assists, a trio of blocks and two digs.

PCHS will look for a 2-0 start when Charleston Catholic invades at 6 p.m. Tuesday.