Blue Eagles have some work to do 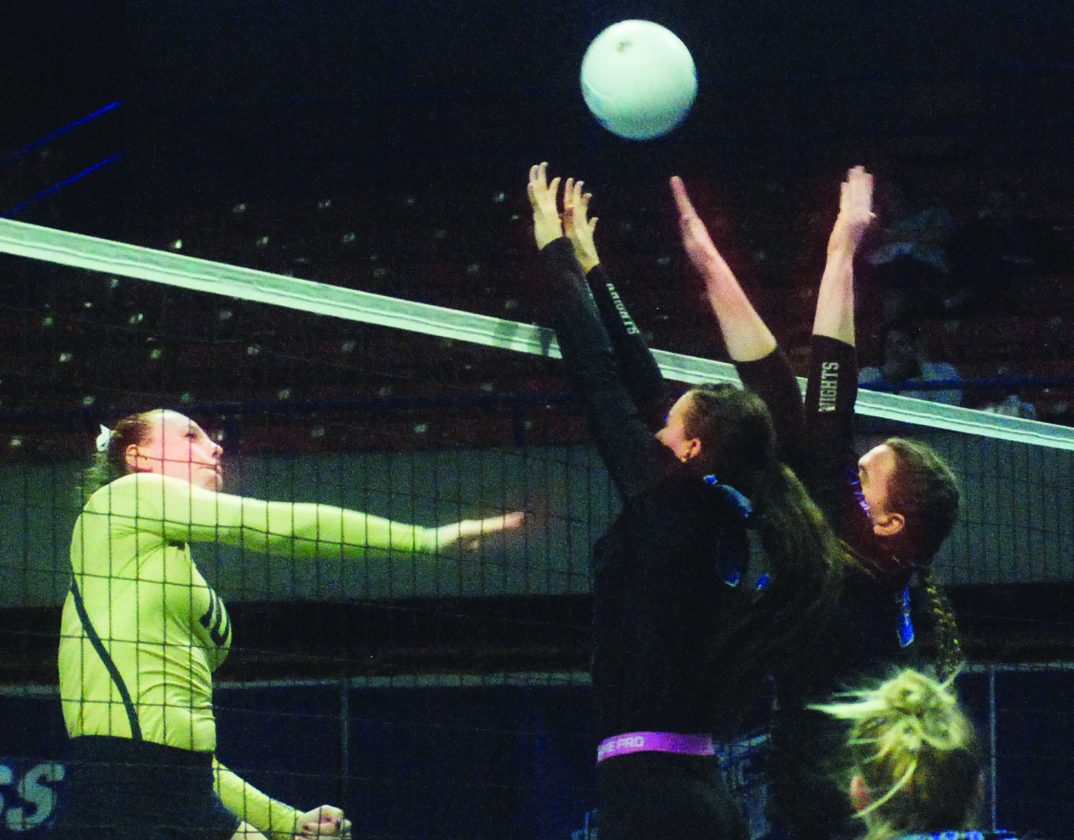 Photo by Jay W. Bennett Magnolia’s Kyndra Pilant hits the ball during a Class A state tournament match in 2018. Pilant, an all-state first-team selection, returns to the court for Pam Chapman as the Blue Eagles look to repeat in 2019.

NEW MARTINSVILLE — The path to a Class A state title repeat for the Magnolia Blue Eagles volleyball team begins in September. It’s a long road that culminates in another trip to the Capitol. However, head coach Pam Chapman doesn’t want her netters to get too far ahead of themselves.

“This is a veteran team. This is a group I have that knows what they did last year, which that was a great accomplishment,” Chapman said.

“They also know that this is a new season, so whatever they did last year is done and over. They all know they have to work probably twice as hard in this season to try and get back to where they were.”

This is a roster boasting returning players and up-and-coming talents. All but one player is back from last season’s championship team, and the formula that worked last year could help them along the way.

“I shouldn’t say I’m not concerned with this group, because they know what they need to do,” Chapman said of her veteran leaders. “They’ll do whatever it takes to get there. They work extremely hard and have things in perspective. I think they’re ready for the challenge.”

No season ever goes exactly how a team hopes. Even for a squad as deep as this one, the injury bug bit in a big way. Junior Mady Winters suffered a significant knee injury before the season began and is in the process of getting back to where she was a year ago.

“She has a knee injury, but she’s getting into therapy,” Chapman said.

Even though the injury slows the junior down, Chapman says Winters is preparing in practices to make her biggest impact when she is 100 percent.

“She’s been serving and hitting in practice. We’re not rushing getting her back at this point. We’re not as concerned for this month of September. Hopefully, we can get her back by the second week of October. She’s been warming up, but she’s in therapy waiting for the go ahead to play.”

Luckily for the Blue Eagles, plenty of players find themselves in big roles that will further help the team in Winters’s absence. A wealth of seniors look to build off a productive 2018, and that starts with some of the biggest leaders from a year ago.

“With Mady out right now, we’re really expecting Kyndra Pilant to step up,” Chapman said. “We’ve had a couple scrimmages, and she has stepped up and picked up her game. Being with a veteran team, they know what they need to do.”

Returning starters in Jaci Rohde, Liza Clegg and Kayna Anderson provide spacing and opportunities for plenty of scoring to be done. Others like Zoey Jenkins and Kyra Dalton find themselves in increased roles in 2019, and it’s a sign of the growth of this team that has title aspirations. Still, Chapman insists not a lot will change even though some new wrinkles in the offensive attack are being worked on by this persistent group.

“The only thing we’re doing is adding and slightly changing up some things, at times,” she said. “We’re not messing with a lot. We want to keep it the same. They’ve really responded to that, and our motto is: ‘Just keep it simple.”

Mixing and matching lineups in practice has helped MHS gain experience and keep new concepts fresh, as Chapman says it only takes “about 2 to 3 days” for the team to fully pick up new concepts. That quick turnaround is a big key for them to pick up where they left off. The ability to be coached is one that makes Chapman’s job easier, as that pairs well with big numbers that starters put up from a year prior.

Even though the season started on Thursday night, these players have been preparing for everything that comes their way for a long time. That way, they could set themselves up for a chance at chance at double the championship glory in 2019.