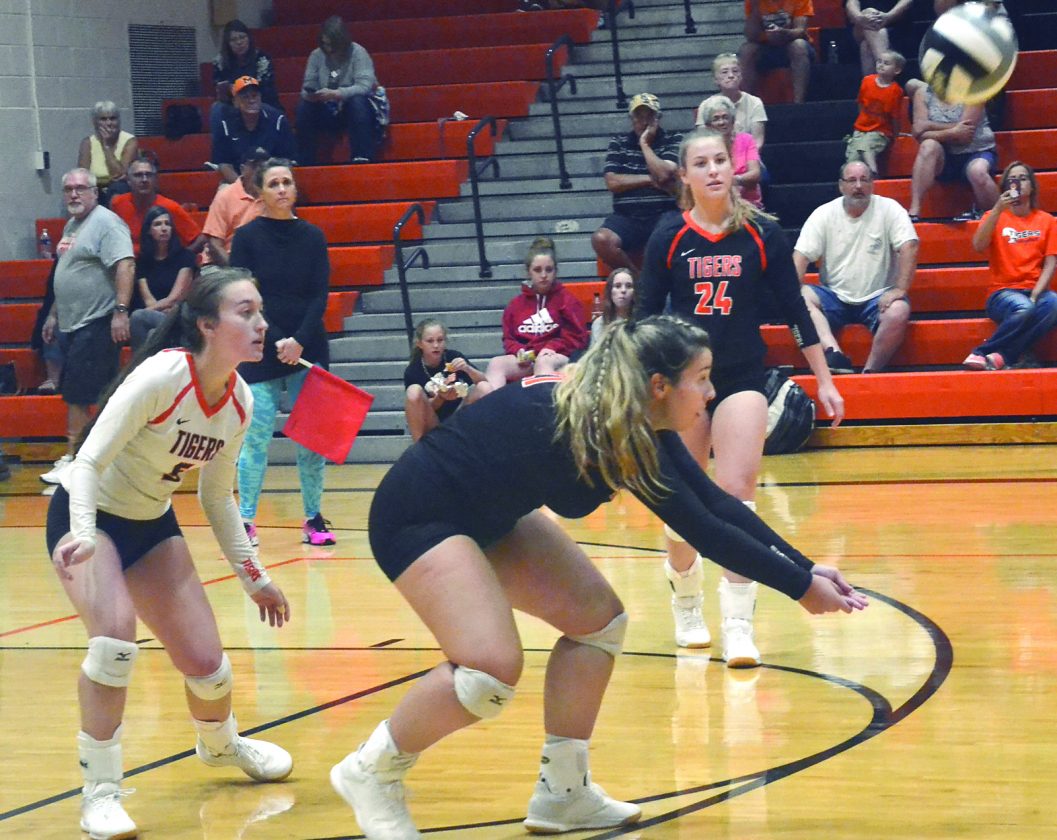 “I know I’m short and I can’t do everything like the big hitters can, but if I can hold the net for the girls, and I can confuse them (River View Bears), we’re good,” said McClead, who also had nine digs, four kills, one ace, and one block.

“We have a strong, strong group of girls who know how to play the game,” McClead said.

The Tiger netters improved their record to 7-4 overall, while River View fell to 6-7. Last year, the two schools split on the VB court.

Marietta trailed at the start of all three sets. But once the Tigers got settled, there was no stopping them.

“We weren’t focused and not really ready — and just kind of out of it,” McClead said. “So, we had to pick it up as a team. Once we get going, we’re pretty good.”

Ron Kidder said that the Tiger have to work on getting off to a better start in games.

“We’ve learned that it takes five sets, and we’re not going to get down or give up,” said the veteran volleyball coach, who late last month recorded his 400th career volleyball win. “Right now, we’re the type of team that doesn’t get nervous and flustered when we get down a few points. We just come back. We’re getting better and better. We want to peak at tournament time.”

While River View had an early advantage, it faded fast at the end with Marietta closing out a 5-point win on an Evans’ kill

The Bears jumped out to a 4-0 lead in the second game, but again the Tigers fought back and capped a 6-point victory with a Brooke Copenhaver kill.

In the final set, MHS only trailed 2-0 before it went to work. And, with senior Alexus Carpenter serving, the Tigers took a double-digit lead (16-6) for the first time in the match. Then, the Tigers coasted home with the win.