PHS looks to break through against Capital 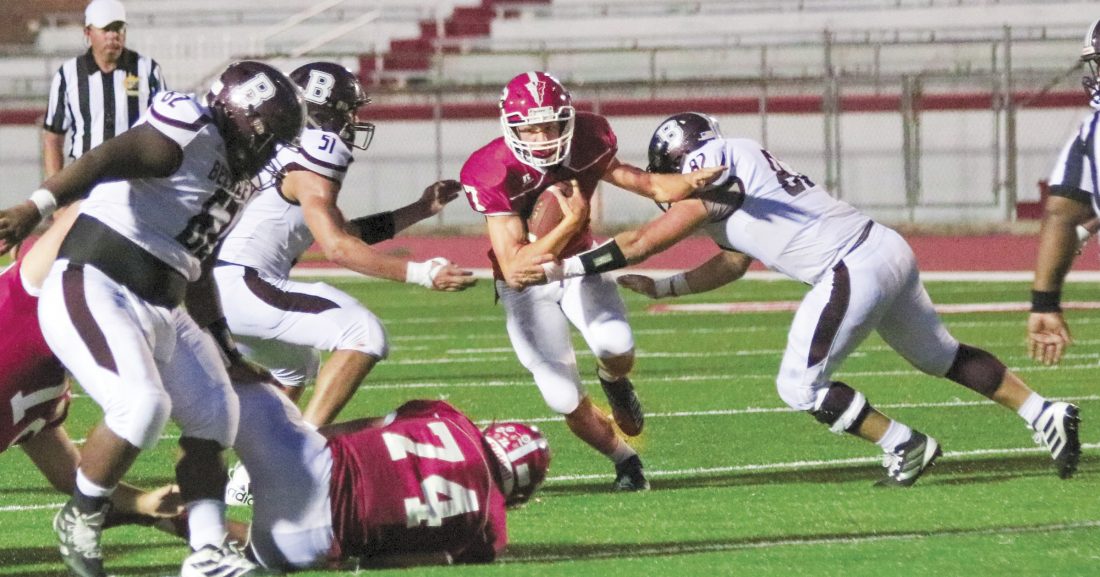 PARKERSBURG — Something will have to give come 7:30 p.m. Friday inside the University of Charleston Stadium at Laidley Field when visiting Parkersburg collides with Capital.

The two Mountain State Athletic Conference members enter the fray with identical 2-1 records and are in a four-way tie for seventh place in Class AAA with future opponent Spring Mills and Wheeling Park.

The Cougars have won seven straight in the series, although the two squads didn’t meet in either 2011 or 2012. The last time PHS tasted victory against Capital was back in 2009 — a 28-14 red and white triumph. It was the final game of the regular season and former head coach Bernie Buttrey’s last win.

As has been the case in year’s past, the biggest key to beating Capital is not allowing the big play.

Of course, that’s easier said than done and third-year Big Red boss Mike Byus know that all too well.

“They all look like they are too fast,” Byus admitted. “We’ll have to be able to play good team defense and bottle up their speed and try to minimize big plays. They are so athletic and they are going to make big plays.

“We are going to have to execute on offense, take advantage of what they are giving us. We can’t afford to give them the football. We got to play mistake free.”

During the Cougars’ 33-21 victory last week at Hurricane, the Redskins dominated the time of possession, but allowed four touchdowns of 40-plus yards in the first quarter and never recovered.

Although Kerry Martin Jr. is playing defensive back at WVU, the ex-Cougar signal-caller has been replaced by Evan Landers, who hit 9 of 16 attempts for 168 yards against Hurricane. Byus said he’s more of a pocket passer.

Landers had a 74-yard touchdown pass to Kerion Martin as well as a 44-yard TD strike to Chance Knox. Cougar running back Tay Calloway also had a 50-yard scoring jaunt while Shawn James added a 42-yard scoring tote.

Perhaps one good sign for the Big Reds was Capital head coach Jon Carpenter’s comment following last week’s game, “our guys are not in good shape yet.”

“We’re putting in some different ways to block punts, extra points and field goals,” added Byus, who watched quarterback Bryson Singer go for 100-plus rushing yards for the second time this season during last week’s 35-6 win against Woodrow Wilson.

Xadrian Snodgrass, who had a big second half rushing against the Flying Eagles, wasn’t practicing early in the week. Coach Byus said tailback Anthony Craig and lineman Matthew McClanahan aren’t expected back for Friday’s game.

At one point against Beckley, the Big Reds not only had the sophomore Singer at quarterback, but also had 10th-graders at tailback and H-back. PHS also had just one senior on its offensive line.

“We just got to get better ourselves,” added Byus, who got tackles for loss last week from Casey Mahoney, Gage Fiore, Justin Waybright, Jim Shrewsbury, Snodgrass and Devin Elder as well as combined TFL from Caleb Frazier and CJ Wade.

“We got to focus on us. I don’t care what they (an opponent) do if we can’t do what we do better.”