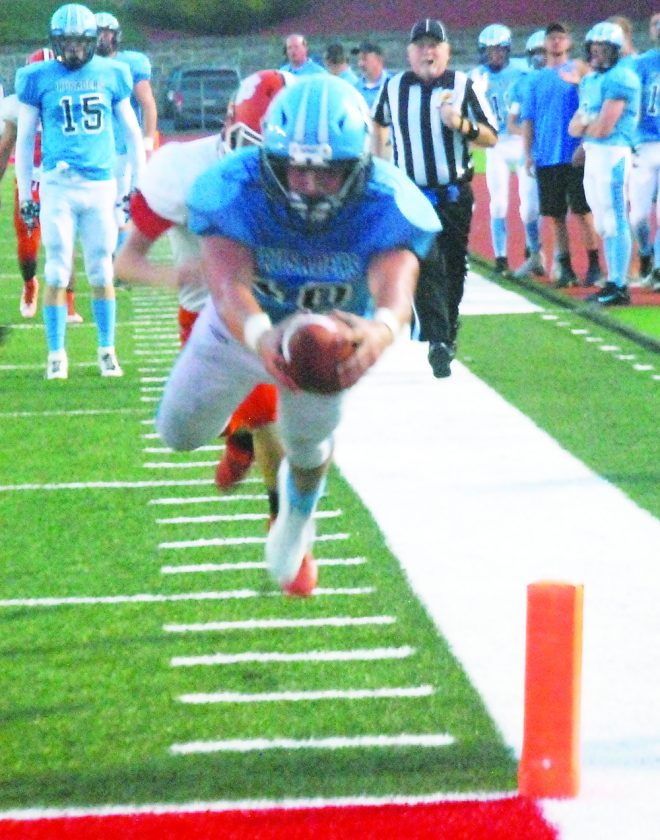 PARKERSBURG — On a Friday night where Parkersburg Catholic’s Jeb Boice was named homecoming king, he delivered a royal performance on the ground. In the Crusaders’ 28-7 win over Wirt County at Stadium Field, he torched the Tigers to the tune of 310 yards and three scores to help put the game out of reach.

In total, coach Lance Binegar’s rushing game impressed with almost 400 yards on the night. Boice accounted for the first two scores of the contest, and he talked about what his offensive line gave him.

“My line was making holes, and I was just hitting them,” Boice said of the performance upfront. “I had some opportunities to make some big plays and come out of here with a win.”

Wirt County held its own until late in the first half. A Garrett Parsons 32-yard scamper for a touchdown cut the Catholic lead to 14-7 with 8:09 left in the first half, as quarterback Dylan Lowe also found success through the air. He found Zachary Yoak three times on the touchdown drive for big gains and was throwing with confidence. That 14-7 deficit looked to be the score going into halftime, but the Tigers gambled.

With time winding down in the opening half, the orange and black moved the ball out to their own 41 with six seconds remaining. Parkersburg Catholic was ready for the Hail Mary thrown by Lowe. He launched the ball deep down field into triple coverage, but the pass dropped into the waiting arms of Ethan Lang. 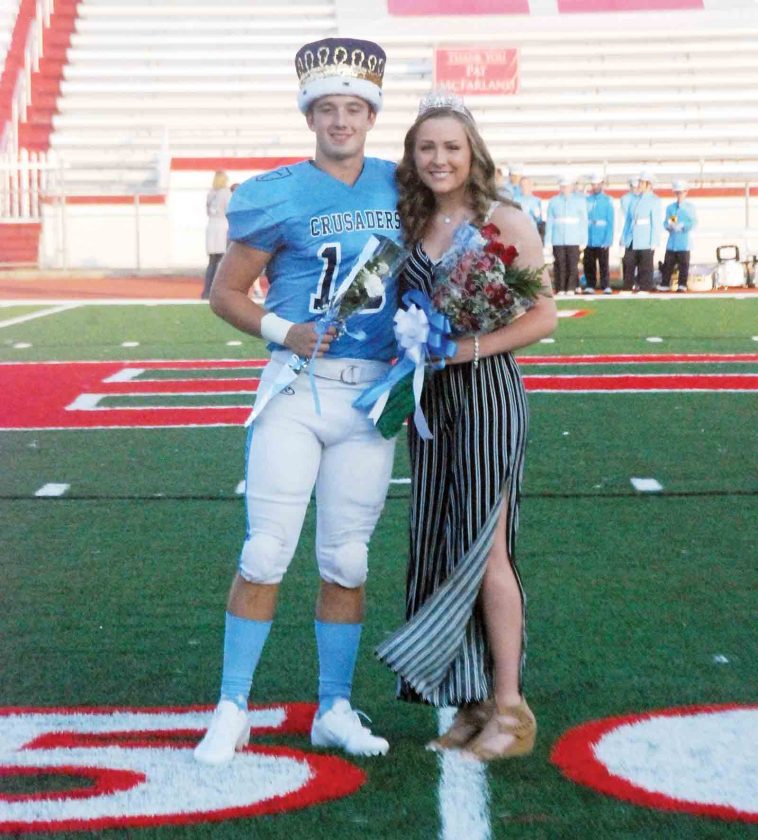 Lang had a convoy of blockers infront of him and tight-roped up the right sideline for a 66-yard interception return for a score to go into the locker room.

The Tigers couldn’t recover after that miscue, as one more Boice score from 21 yards out sealed the deal. Wirt head coach Jason Hickman talked about the gamble from his offense.

For the Crusaders (2-2), they snapped a two-game skid, and coach Binegar wants to use this win as a momentum-booster going into a Week 5 Saturday matchup versus Gilmer County.

“This is big. This is big for us,” he said. “We need to get Crusader Nation rolling with what we can do.”

Wirt (2-2) faces a tall task when Tyler Consolidated comes to Elizabeth, and Hickman hopes to get back on track with a solid performance. It’s all about being able to sustain drives and finish them off.

“We even threw the ball ok. We threw the ball better tonight than we’d thrown it all year,” he said. “We did some things right, but we just couldn’t sustain anything.”