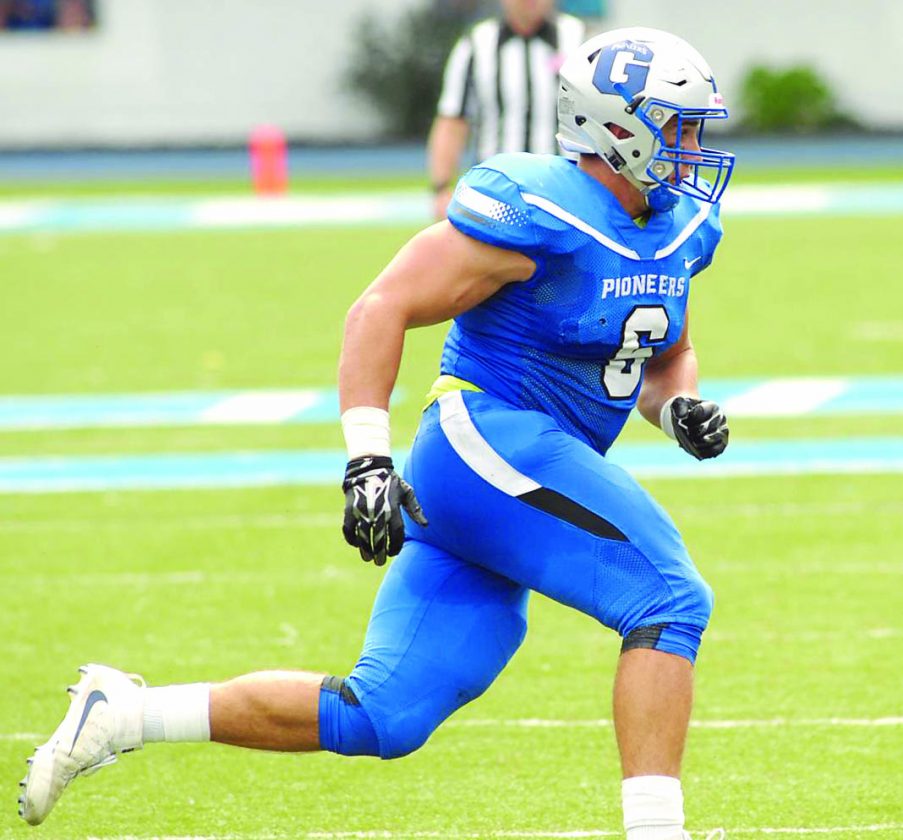 The Mountain Lions (0-2, 0-2) of head coach Paul Price are coming off a lopsided 52-14 home setback a week ago versus Frostburg State and have lost three straight to the G-men.

“They are a big team,” Kellar said of Concord, the squad he got his head coaching start with in 2009. “They got a big front on both sides of the ball, got some backs who will jump out of your shoes there, a senior quarterback and I think they are well coached. I know their staff really well. I was there for a couple of years (2009-10).

“They go to Notre Dame and play them tough and then have Frostburg at home and get beat by a wide margin. Doesn’t make a whole lot of sense to me. They are a little bit of an enigma for me. I don’t really know what we are going to get into in this game. Their secondary is good. At the end of the day I got to worry about the Glenville team.”

Things couldn’t have started off worse for GSC (1-1, 0-1) in its MEC opener last week at W.Va. State, an eventual 33-30 setback. Starting quarterback Jaylen McNair left with a concussion in the first quarter and the Pioneers trailed 20-3 late in the third before Tim Heltzel hooked up with Javon Butler or a trio of touchdown passes.

When tailback Mario Pender had a 7-yard TD burst with 3:03 left, GSC had rallied for a 30-26 advantage only to watch the Yellow Jackets throw the winning touchdown pass with 40 ticks to play.

“Tim’s battling some things himself,” admitted Kellar, who noted the two are roommates and best friends. “He (McNair) got whacked (illegally) and pretty obviously. It was first-and-goal at the 9 and your best buddy just got carried off the field. He’s dealing with a lot emotionally.

“You come away with a missed field goal. We got a little hot in the fourth quarter and had a few things go our way. All in all I wish it didn’t take him so long to get started, but I think he eventually found his way in that game.’

Coach Kellar is hoping to have McNair back this week, but Heltzel finished 16 of 34 for 214 yards. All three of his TD tosses went to Butler, who had seven grabs for 133 yards.

CU signal-caller Kyle Akin is 30 of 55 for 381 yards with one TD and two picks early on. Coach Price also has used redshirt freshman Matt Shearer under center. Mountain Lion running back Joshua Maxwell went for 104 yards on 18 rushes last week, which marked his third career 100-plus yard effort. Tywan Pearce (10-108) and Brandon Plyler (9-129) have been the top receivers for Concord.

GSC, which is the only team in the conference yet to have a turnover, has been pretty balanced with averages of 209.5 rushing yards and 204 passing yards.

“The rest of my life I’ll take that, knock on wood,” quipped Kellar of having zero turnovers. “We’ve been relatively smart with it and lucky. You got to be fortunate. We have to continue that.

“I don’t think we will. Eventually, it will happen. We just have to handle that adversity when it comes and limit them where it doesn’t make a bad day for you.”

Dom Cizauskas finished last week with 14 total tackles for the G-men, which included a pair for loss and eight solo stops.

Pioneer Chris McSweeney forced a fumble while Jansen King, who broke up five passes, and Tatah Njoka had nine total tackles each. GSC’s Delonte Hood is still the only player in the MEC with two interceptions.

“The defense did a lot of good things,” added Kellar, who noted they couldn’t get off the field on the last drive as W.Va. State converted a fourth-and-10. “We missed some field goals, which generally we’re pretty good at. Basically, for three quarters, we were almost inept offensively.

It’s also Hall of Fame weekend in Glenville and six new members — Ron Jones, John Pratt, Terry Kendall, Rudy Watts, Jerry Milliken and Jack Woodyard — will be inducted into the Curtis Elam Athletic Hall of Fame on Saturday evening. They also will be honored at halftime.