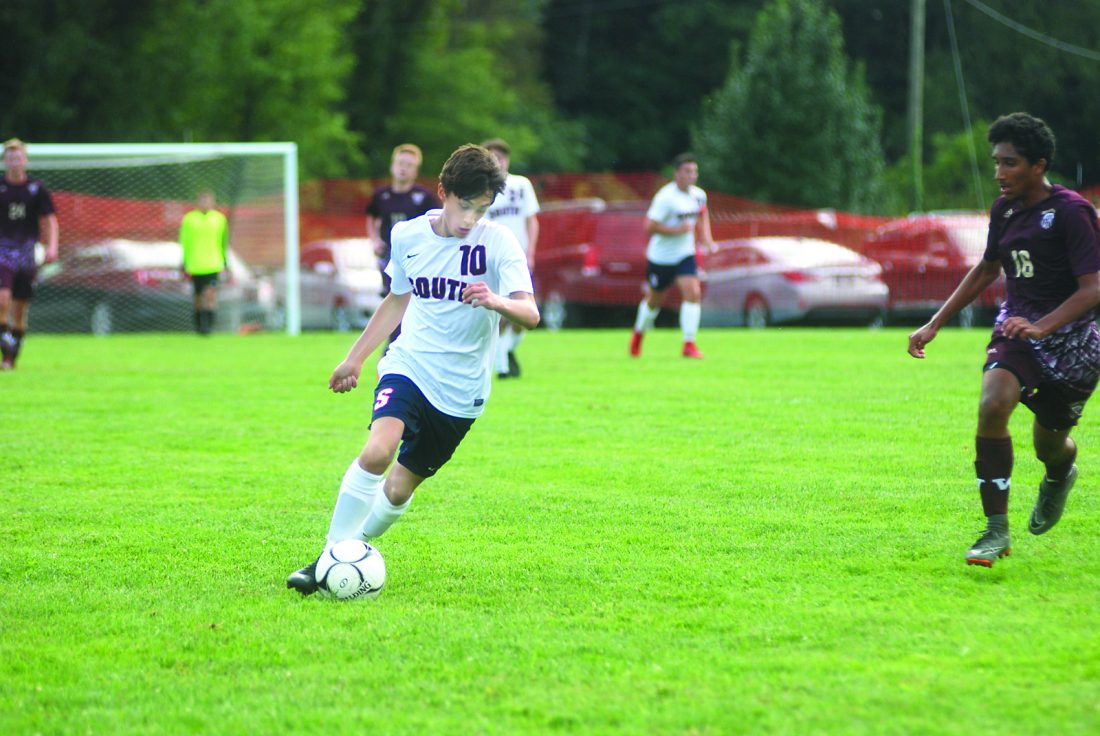 Whitlatch is a familiar name around South soccer. He was an assistant coach and JV head coach for the South girls from 2014 to 2018.

First time head coaching at the varsity level, Whitlatch’s first task is putting the Patriots back on track after a couple of years on the decline.

“They needed someone to help them rebuild the program,” Whitlatch said. “Honestly, I think we can really be competitive in most of our games. We may surprise some people with how good we play. We also may win some games that people don’t expect us to win.”

Whitlatch does have 15 years of coaching to fall back upon, which includes serving as a head coach for the River Valley Soccer Club travel teams.

He’s taking over a team that had a losing record last fall, going 7-10-3 and ending the season losing 4-1 to Ripley in the sectional tournament.

South will be without the services of two all-state triple-A second teamers in goalie Chase Hawkins and midfielder Nick Hawkins to graduation. Whitlatch does have eight seniors to fall back upon to make the transition easier in his first year.

Headlining the senior class are captains and midfielders Cameron Frame and Brayden Cline.

“Cameron and Brayden have been really good to have around. They helped me keep the boys grounded. They also help with communication and the transition to high school soccer for most of the freshmen,” Whitlatch said.

“They’re good role models and they show that hard work will pay off.”

Juniors Nic Murphy and Evan Rose are going to help on offense and defense and returning sophomores Zach Scott, Houston Hendershot and Tristan McCartney are experienced, logging playing time as freshmen last year. Defender Gage Piggott and midfielders Kellson Cobble and Caleb Knopp are standouts from the freshman class that will contribute during the season, according to Whitlatch.

Inbetween the sticks is senior Justin Ellinger, with freshman Garrett Lewis backing up the senior.

At center-back is going to be a combination of senior Matt Rowland, Piggott, Murphy and on the wings is freshman left-back Tyson Meadow and sophomore Dylen White on the right.

In the center-midfield are Frame and Cline and flanking the captains on the wings are Knopp, Cobble, Loomis, McCartney and Hendershot.

“I just want to say to everybody, come out and support us the best they can,” Whitlatch said. “It’s a new era for South soccer. Our slogan is, ‘You’re only as strong as your weakest link.’ We are excited a new era has begun.”

The Patriots open the season on the road, traveling to Linsly for a 1 p.m. kickoff on Saturday.