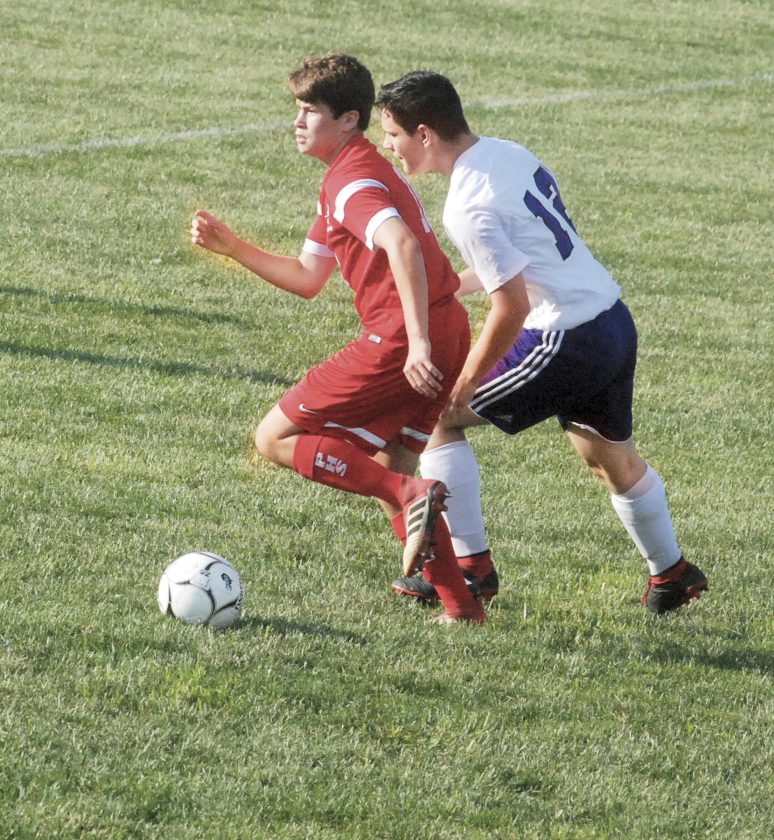 Photo by Jay W. Bennett Parkersburg High’s Ashton Farnsworth scans the field with a Riverside player in pursuit during a 2018 regular-season match. Farnsworth is one of three captains for the Big Reds with unity on the mind heading into the 2019 campaign.

Seven Parkersburg High senior boys’ soccer players selected an appropriate three words, over the course of a 90-minute brainstorming session, to build around for their final red and white season.

Head coach Don Fosselman has stressed daily to his team the need for 11 individual players becoming a single unit for a return to the sectional and regional championship game. Ripley grabbed the Class AAA Region IV title and nearly went to the state tournament last season.

One task gaining in importance with the graduation of departed standout goal scorer Isaiah Owen (who scored a team leading 16 goals in 2018) or a Class AAA All-State first-team goalie like Jacob McKnight in net.

Ashton Farnsworth, one of a trio of captains, leads the 2019 offensive attack after scoring seven goals last season. 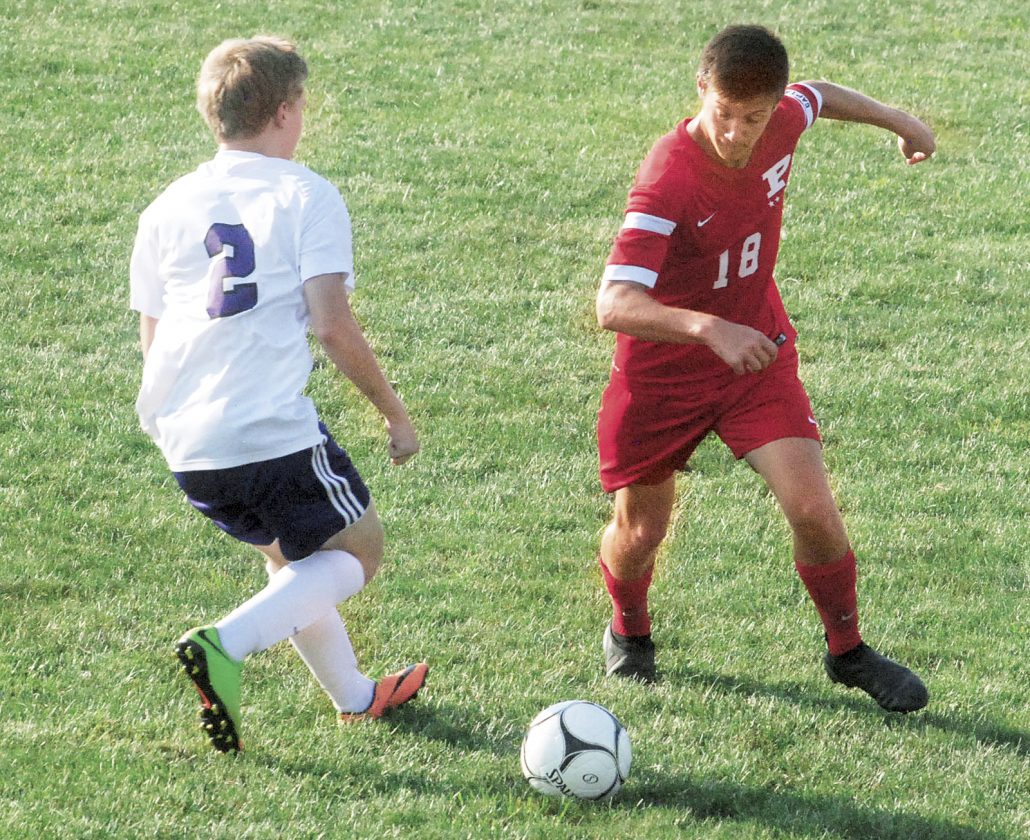 Caleb Thomas meanwhile steps into the big role in goal.

“Everyone has to pull their weight and know what their job is,” said Fosselman. “It is not what our players can take from but what they can give to the program.

All suggestions certainly pertain to the switch to the zonal 4-2-3-1 formation. It is an unknown system from the traditional man scheme for the Class AAA program, but Fosselman believes it fits his personnel better.

What this means is the defense will be heavily relied upon, similar to last season. Just in a different way, according to the head man.

“It is like you pour out a bucket of water or milk and everything shifts together in the bucket. You have to shift as one because if you leave a channel open then problems can occur,” he said.

Daily tugs on a rope in the locker room by the four Big Red deep defenders serve as the feeling of being one unit. Plus, the defense pushes the attack in practice every day.

“They are doing a wonderful job and they communicate and talk while learning this system,” said Fosselman, of the effort given by the group on and off the pitch.

Second captain JT McCay leads the quartet on the final level before Thomas. Brendan Whitlatch, Evan Stavrakis and JT Ohler join McCay. Whitlatch comes into the season off a hot scrimmage against Dublin Scioto. Fosselman raved about his presence against some of the best competition facing the Big Reds.

“He was a man and he showed he was ready to get in their and really play,” said the head man.

Final captain Keegan Bush could see time in the 2-spot of the planned attack. His versatility leaves it up in the air between an assignment of defensive mid or attacking mid. If he plays attacking mid, Caden Rogers and Riley Smith slot in as the first line of defense.

Ready to do his job when a ball eventually finds its way into the offensive zone is Thomas. The junior might stand at just 5-foot-6, but his reaction time and speed erase the deficit.

“He could turn the lights off and get in bed before it gets dark,” said Fosselman.

He’s going to need to be quick quite early. The Big Reds first three games in a span of six days are against Jefferson, George Washington and Hurricane. One win in those games would give Thomas a pretty sweet honor, too. Milestone victory No. 500 awaits with a triumph.

“It is one of the few guarantees I can make on the year,” said Fosselman, about the historic win.

Tasked with making the magic on offense alongside Farnsworth are Jamie Couch, Tanner Stauffer, Logan Henthorn and Terrance Wright.

The growing process starts against the Patriots from the Eastern Panhandle 7:30 p.m. Friday at Stadium Field.

“We are going to take some lumps along the way, but I am really excited about this team,” said Fosselman. “We are still shooting for the stars at PHS. We have good athletes on this team who can score and defend.” 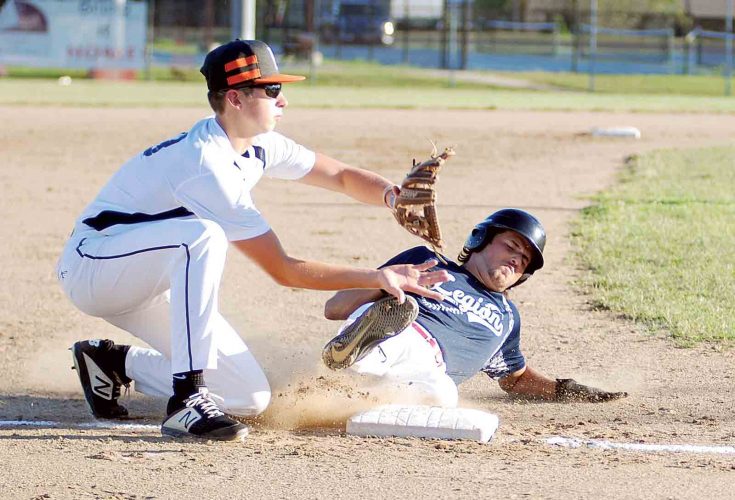