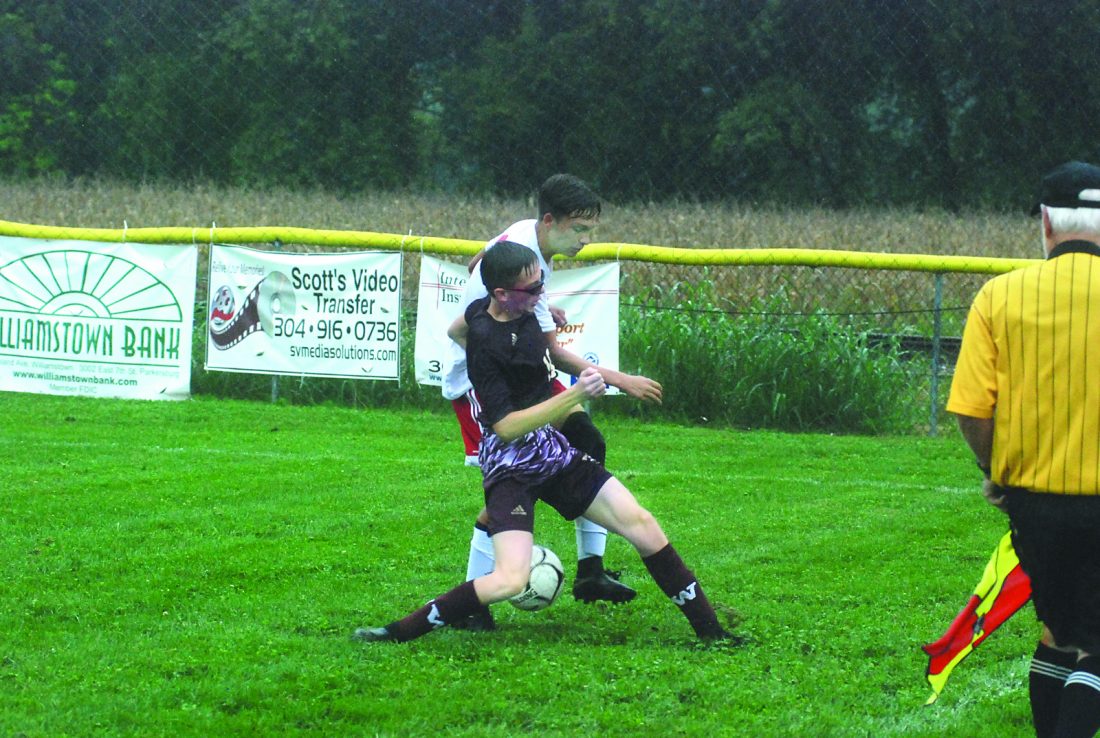 WILLIAMSTOWN — After losing a large number of seniors, the Williamstown boys’ soccer team is hoping to reload, instead of hoping to rebuild. That’s easier said than done, as they have plenty of standouts from 2018 to replace.

A significant portion of the players have limited experience at the high school level, and those who do have experience from last year are put into more significant roles in 2019.

“A lot of kids are new. A lot of kids haven’t played at the high school level, because they’re either freshmen or because they’re now returning to play after not playing here,” WHS head man Jason Hill said. “We’re trying to expand around the basics and expand around the basic technical skills. We’re also working a bunch on our fitness and conditioning.”

Perhaps, Hill’s two biggest contributers will be his two returning seniors. Joshua Erb and Brandon Kiger are pressed into starting roles after being depth pieces a year ago.

“They’re going to play more in this season than they ever have,” Hill said of both Erb and Kiger. “Josh plays in front as an attacking striker, and Brandon plays in the very back as our sweeper. Both of them are going to be very important to us.

Brandon, in particular, will be limiting the offensive attack of the opposing team.

We talked about that, as he’s tall, and athletic and he flows really well. Josh needs to be a goal-scorer. He needs to use that big body to penetrate the back line of the other team.”

Both players are on opposite ends of the field, as that allows for them to spread the ball to younger pieces. Speaking of those younger pieces, three underclassmen make up captain spots for this young group. Sophomore Gavin Bosgraf, junior Garret Hill and junior Baylor Haught are those captains, and coach Hill recognized them as some of the “most athletic, most technically inclined soccer players” they have.

Haught is slated to play in the middle of the defense as a stopper, as the challenge ahead of the junior is a big one. Hill will be attacking as a center midfielder, where his scoring and passing will both be put to the test. Bosgraf is coming back from an injury suffered during the spring soccer season and is going to play “any number of positions” to help the team, according to Hill.

Outside those leaders, sophomore Seth Hammer will play lots of meaningful soccer, since Hill says he will play “the most meaningful role of any tenth grader” he’s ever coached. Hammer is expected to play anywhere in the midfield and will be a focal point of the team.

Williamstown iis going through a transition, but the emergence of young players is something that could set them up for big things in the future. They hit the ground running, as their first game is a 6:30 p.m. home match today against Phillip Barbour. Soon, it will be the time to see if everything falls into place for these ‘Jackets.