MHS booters to open season on the big stage

First game will be at Mapfre Stadium, home of the Columbus Crew 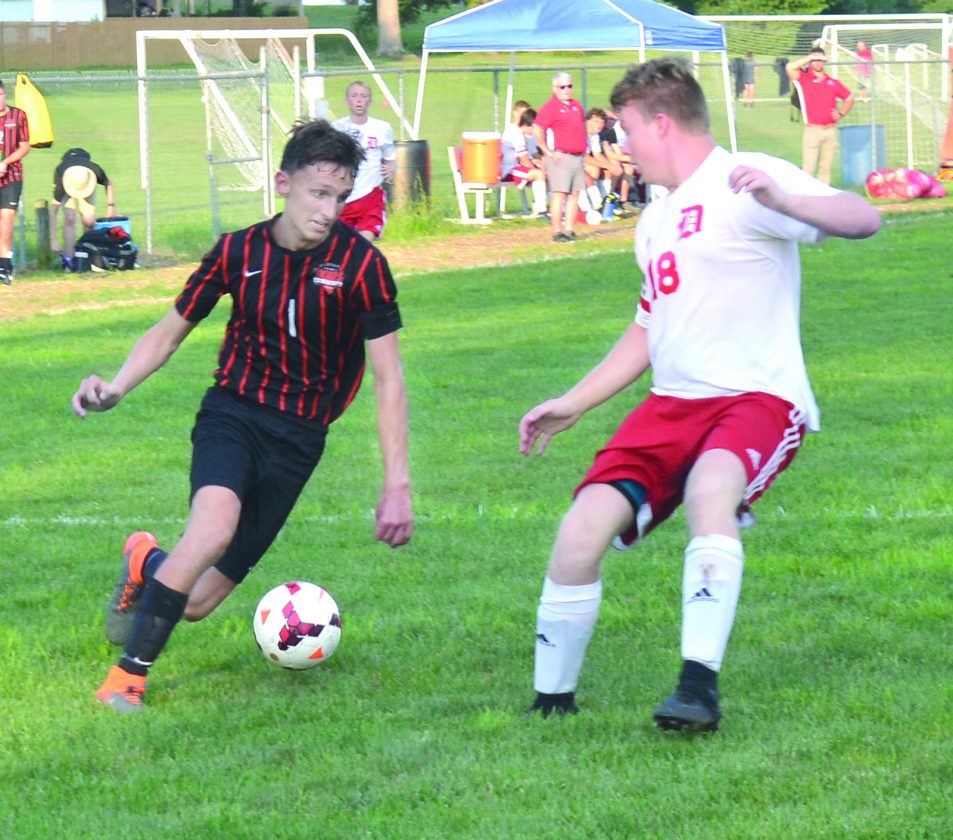 File photo Marietta senior Jake Craven was an all-district honoree with 10 goals and 12 assists for the Tigers last season.

MARIETTA — Marietta High’s boys’ soccer team is scheduled to kick off its season with a memorable road trip.

At 10 a.m. Aug. 17 at Mapfre Stadium, one of the premier soccer facilities in the nation, the Tigers will be pitted against John Glenn in a non-conference match.

Mapfre is the home pitch of the Columbus Crew, a Major League Soccer (MLS) club.

“Should be a fun event and good experience for the boys,” said 12th-year MHS head coach Todd Morris. “We last played there in 2011.”

And, if everything goes according to plan, Marietta, like every school in the Buckeye state, is hoping to cap the 2019 campaign at Mapfre Stadium, the site of the OHSAA boys and girls state soccer tournaments Nov. 8 and 9.

MHS graduated just one senior — Camden May — off last fall’s 9-7-1 team, which posted the program’s 400th win with a season opening 3-0 triumph over Dover at Jerry Brock Field in Devola.

Marietta bowed out in the Ohio Division II district final with a 2-1 setback to top-seeded Athens at Logan Chieftain Stadium.

“I think we enter 2019 with high internal expectations, and a sense of wanting to accomplish some special moments this season,” Morris said. “We return a great nucleus of talent, led by 11 seniors. The senior class features a lot of players with varsity experience.”

Of those senior returnees, Jake Craven was an all-district honoree with 10 goals and 12 assists. The talented playmaker is expected to lead the attack again.

“Cade missed all but three games with an ankle injury last year as a junior, but was a starter as a freshman and sophomore, and his return is a huge addition to our side,” Morris said.

“We look to be very strong defensively,” Morris said. “And that has been a staple of successful Marietta teams of the past.”

Juniors’ Jacob Schafer and Tristin Tysinger, sophomores’ Gabe Sloter and Landon Heiss, and senior Keegan Jack, a Parkersburg Catholic transfer, give the Tigers depth and all are expected to see meaningful minutes.

“We should be able to put a very quality side, a very fun side to watch on the pitch this fall,” Morris said. “We have a lot returnees who are focused on the goals we have internally.

“We feel defensively we have the best group we have had in years, and through our midfield and forwards, we have great talent that should result in our ability to maintain possession of the ball and create a lot of chances going towards goal.”

During the preseason, Marietta competed in two summer weekend showcases, in Columbus and Strongsville, and recorded a combined 8-2-1 mark. The preseason will also include scrimmages at Jackson (Aug. 6) and Morgan (Aug. 13), and a home exhibition against Williamstown (Aug. 15).

“The boys have worked hard over the last month,” Morris said. “We had a week long camp at Marietta College with Coach (Joe) Bergin and Coach (Ben) Federici, and I think this group, especially the seniors, understand the opportunity they have in front of them to really accomplish some great success this season and really leave their mark on the Marietta soccer program.”

Morris will be assisted by Colten Holdren, Bill Mannix and Keith Schwendeman.

“I am fortunate to have an incredibly talented and dedicated coaching staff that works to challenge the boys every night in training,” Morris said.

MHS is slated to play its home opener against Alexander at 7 p.m. Aug. 29. Also on the Tigers’ schedule will be a match against the Don Fosselman-coached Parkersburg Big Reds, a perennial West Virginia powerhouse, at 7 p.m. Sept. 5 at Stadium Field.