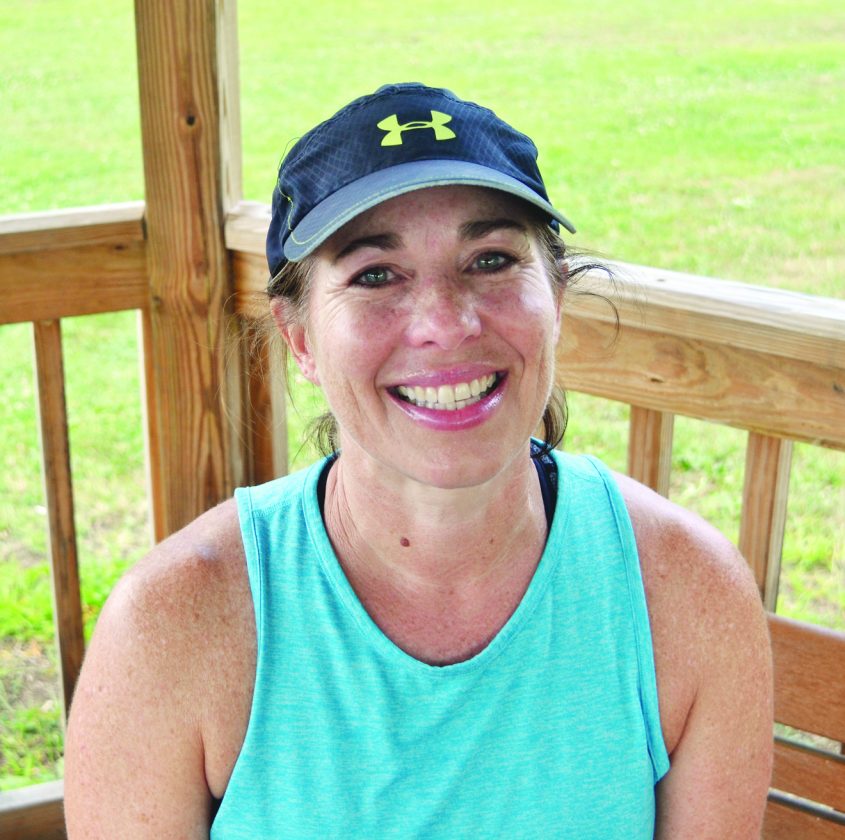 Lana Weaver is set to run in her first Parkersburg News and Sentinel Half Marathon Saturday. Photo by Ron Johnston

PARKERSBURG — Lana Weaver is an optometrist.

And, at 8 a.m. this Saturday, the 54-year-old Louisiana native will be eying her first Parkersburg News and Sentinel Half Marathon.

“This is just a goal I’ve had to one day walk the Half, and that this would be the summer to do it,” Weaver said. “I just want to see if I can do it. The challenge.”

Weaver said she has walked “probably 30 years” but not competitively.

“I’ve walked mostly for fun and fitness,” she said, “for peace of mind and stress relief.

“I live close to the Country Club. So, I walk River Road a lot and the Country Club on off hours. I take my dog (black Lab) with me. She likes to stop and sniff too much.”

Weaver resides with her husband Joe in Vienna near the Parkersburg Country Club. They have two sons, both in college.

“I met my husband in school, and we came back here to his hometown,” Weaver said. “My sons are both athletes, and my youngest Ethan was a cross country runner for PHS. He just graduated in 2018.”

Weaver actually started out as a runner.

“I had some friends who got me into running several years ago,” she said. “I tried running a little bit, and I had back issues. So, I had to stop running, and get back to just walking.”

Weaver said she’s been to most of the River City Runners and Walkers Monday sessions at 5:30 p.m. at City Park.

“I’ve only missed one or two through the summer when I’ve been out of town,” she said. “I did not do the training when they did the actual course (13.1 miles).”

“But the training is really helpful,” Weaver continued. “It helps to make myself get out and do the longer walks, and it helps definitely to have the water stops and have the organization and people to walk with.”

One of Weaver’s practice walk partners has been 28-year-old Ashley Gates of Vienna.

“Ashley and I have been hanging out a lot lately, training,” said Weaver, laughing.

During one training session, Weaver completed a 12-mile walk.

“I felt pretty good after that one,” she said. “I think I could’ve gone another 1.1 miles after that was over with.”

“Just a little bit,” she added. “My goal is to do it in three hours. I’m really just competing against myself.

“It’s not really a big deal to me how I come in with other people.”