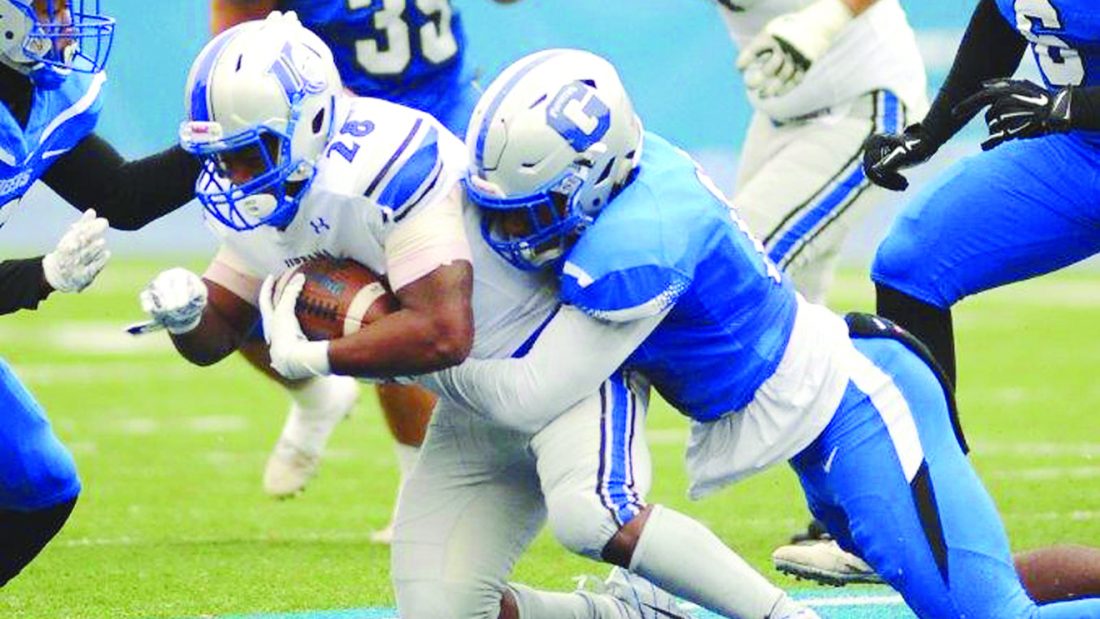 Two years ago as a true freshman out of Paint Branch High School in Silver Spring, Md., Ngangum managed to participate in all 11 games for the G-men and finished with 14 total tackles and a pair of sacks.

His role as a sophomore in 2018 proved to bigger and he didn’t disappoint. Aside from once again competing in all 11 contests, Ngangum concluded the campaign with 32 total tackles and seven stops for loss, including a quartet of sacks, as well as one forced fumble and a fumble recovery.

“I’m definitely ready for the fall,” Ngangum, who had a career-high two sacks versus West Liberty, said with a smile.

Picked to finish seventh in the Mountain East Conference for first-year head coach Mike Kellar, Ngangum is confident they can do better than that.

“First and foremost, I think the transition with the new coaches and everything. I’m just excited to get the core of the team rolling,” Ngangum stated. “We worked hard in the offseason and in the spring molding everything together with a great strength and conditioning coach, coach Nolan (Harvath).

“He’s really getting us together and molding us as a team and we really came close during that time.”

Although the the G-men, who finished 5-6 a year ago and placed sixth in the conference, are trying to plug in several holes on both offense and defense, Ngangum believes things are definitely heading in the right direction.

“I’m confident in going to battle with the guys that’s lined up next to me,” he added.

“We’re all on the line so I’m confident with them and all the work we’ve put in is like no other. As teammates and friends, we’ve really focused on bringing that bond closer as a family first to really mold it.”

Doing his job and competing on the field with his teammates is something Ngangum enjoys.

“I feel like upfront is most important,” he said. “That’s where games are won. For us, it’s on our shoulders to get it done.”

Despite having two more years left with the Pioneers, Ngangum readily acknowledged “I’m growing as a person and a man and learning how to lead.

“If the young guys ever need anything I’ll uplift them as much as I can on and off the field. It carries on with the family we have at Glenville and the program.”

When asked about how things were going in the classroom, the defensive end chimed in “everything is good right now. I’m majoring in business administration.

“I’m super confident and excited to get the ball rolling. All the work we’ve put in has been like no other and I’m just excited to see what we can do in the fall.”

Glenville State opens the campaign on Thursday, Sept. 5 with a 7 p.m. tilt at Alderson Broaddus.