Visa issue will keep Kogo out of main race 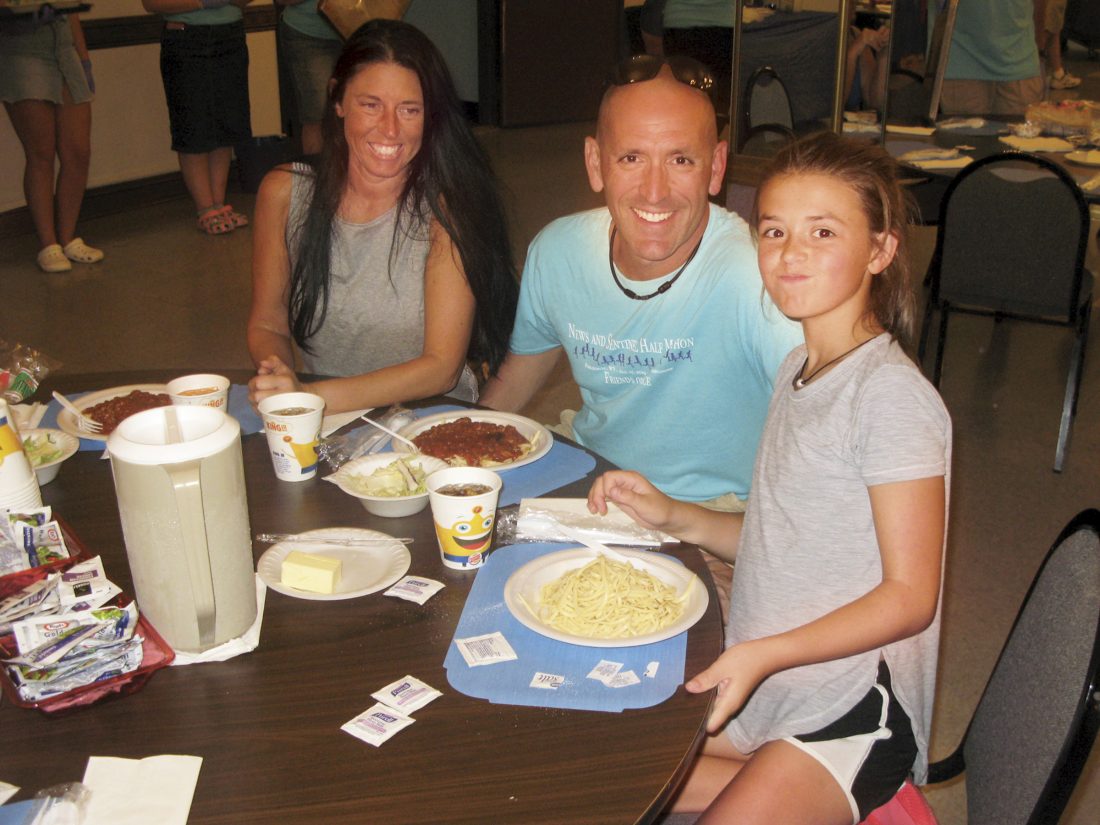 Photo by Jay W. Bennett From left to right, Erin, Eric and Emma Stanley enjoy the pre-race pasta dinner for the annual Parkersburg News and Sentinel Half Marathon on Friday evening inside St. Francis Xavier Hall.

PARKERSBURG — While the 33rd running of the News and Sentinel Half Marathon will get underway at 8 a.m. today, numerous competitors for both the 13.1-mile race and the 2-mile event made a visit to St. Francis Xavier Hall near the finish line on Market Street early Friday evening for the pre-race pasta dinner.

That included the Stanley family from Parkersburg.

Father Eric, a former longtime member of the half marathon board, is set to compete for the 15th time. Wife Erin will be racing in the half for the ninth time and daughter Emma, a sixth-grader at Hamilton Middle School, will be competing in the 2-mile.

“No,” replied the youngest Stanley, who is running with friend Jace Cooper from Blennerhassett Middle School, when asked if she any particular goals set.

University of Florida graduate Joshua Sanchez, who earned his Doctorate of Chiropractic degree in 2015, is hoping to challenge for top American honors. He was expected to get into Charleston from Charlotte, N.C. around 8 p.m. on Friday and then get into town with less than 12 hours to go before the race.

“I usually don’t like eating late anyway,” Sanchez said while in Charlotte as he waited on his delayed connecting flight.

“I was looking for a race to do with fast competition and prize money. It’s (money) not everything, but I’ve been training a lot and I decided to pick this one. I’m just going into it blind pretty much. I know it’s going to be hilly.”

“I hate Kogo not being here,” Allman admitted, who said they have about 570 entries for the half. “I guess he put in for his visa and they were dragging their feet.

“He got his visa today, but he had to cancel his plane. He didn’t have any choice. I still think it will be good races.”

Last year’s men’s runner-up, Edwin Kibichiy, is in the field. He finished 69 seconds behind Kogo and is a former two-time All-American at Louisville in the steeplechase.

Delvine Meringor, the 2018 women’s champion, also isn’t in the field for today’s race.