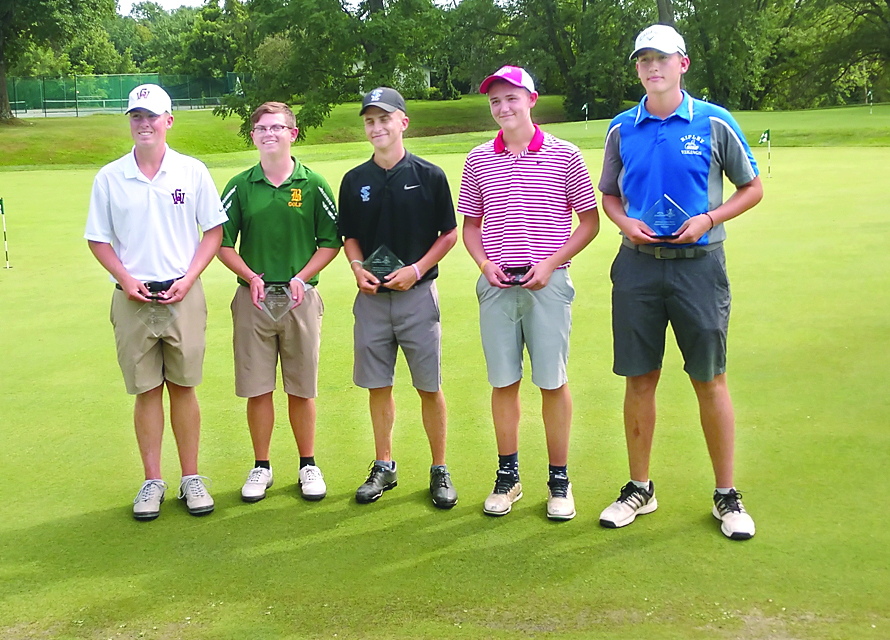 VIENNA –The beginning of golf season just started earlier this month, but at the 2019 Parkersburg Country Club Invitational, some local golfers were in midseason form.

It was the final leg of the four-tournament Tri-State Cup, as plenty of teams were jockeying for position in spite of George Washington’s success in the other events. Defending Class AAA state qualifier Parkersburg finished tied for third, as the A-team of Molly McLean, Nicole Lincicome, Daniel Wharton and TJ Davidson combined for a total team score of 247.

Only Fairmont Senior (241) and the already mentioned defending Class AAA state champion George Washington (238) finished ahead of the Big Reds. For coach Don Snider’s group, they believe this finish is a step in the right direction. However, Snider says there will be a battle to qualify for the state tournament, given the wealth of competition in PHS’s region.

“I was very, very pleased with (McLean’s) score today,” Snider said of her team-best 77 score. “She did not struggle in any part of her game today. She’s very capable of shooting that, and I told her that’s the standard she set for herself. I was also just as happy with TJ Davidson. He shot 100 for us the other day and bounced back with an 85 today.”

Lincicome matched Davidson’s 85, as Wharton shot a 97 to round out the Parkersburg A-team.

For McLean, her score was the second-highest among local competitors. She looks for this performance to be a momentum boost, as she prepares for a long season ahead.

“I think it gave me a lot of confidence, because in the first three tournaments, I didn’t play bad,” McLean said.

“They just weren’t the scores I wanted.”

Another local golfer got a score they wanted, when Ripley’s Davis Haynes was one of only five golfers to shoot a 75 or lower on the day. He was awarded a trophy for his achievement and got a sense of things to come for his game throughout the year.

“Really, the putter was working best for me,” Haynes said of his 75 score. “I knocked in a couple 20-plus (foot) putts for birdies, and I think that’s what really lowered the score for me.”

While the Vikings finished collectively with a 265 score, Parkersburg South squeaked past Ripley with a 263 ninth place finish. Zach Redmon and Mace Busch’s 85s were not enough to lift the Patriots any higher in the 28-team field.

“I told them that I was kind of disappointed with the way they played today,” South head coach BJ Hess said. “A lot of these kids, I’ve been coaching for a lot of years, and I know they can play better than this. They have before. They had moments of genius out there. We had seven eagles and a lot of birdies, but when you put them with double and triple bogies, that’s not good.

Other local teams included Ritchie County (271) behind the leading effort of an 85 from Dalton Edwards; Roane County (280) with an 88 from Garrett Simon to lead the team; Waterford represented the local Ohio side with a 278 and an 85 from Brooks Suprano; Williamstown holed a 290 with a team-low 87 from Xavier Caruthers; and Ravenswood finshed with a 294 and a team-best 84 from Gavin Fox. Finishing off the list of local teams was Calhoun County’s 318 score and Reagen Lynch’s 100-spot.

You can reach Josh Hughes at jhughes@newsandsentinel.com