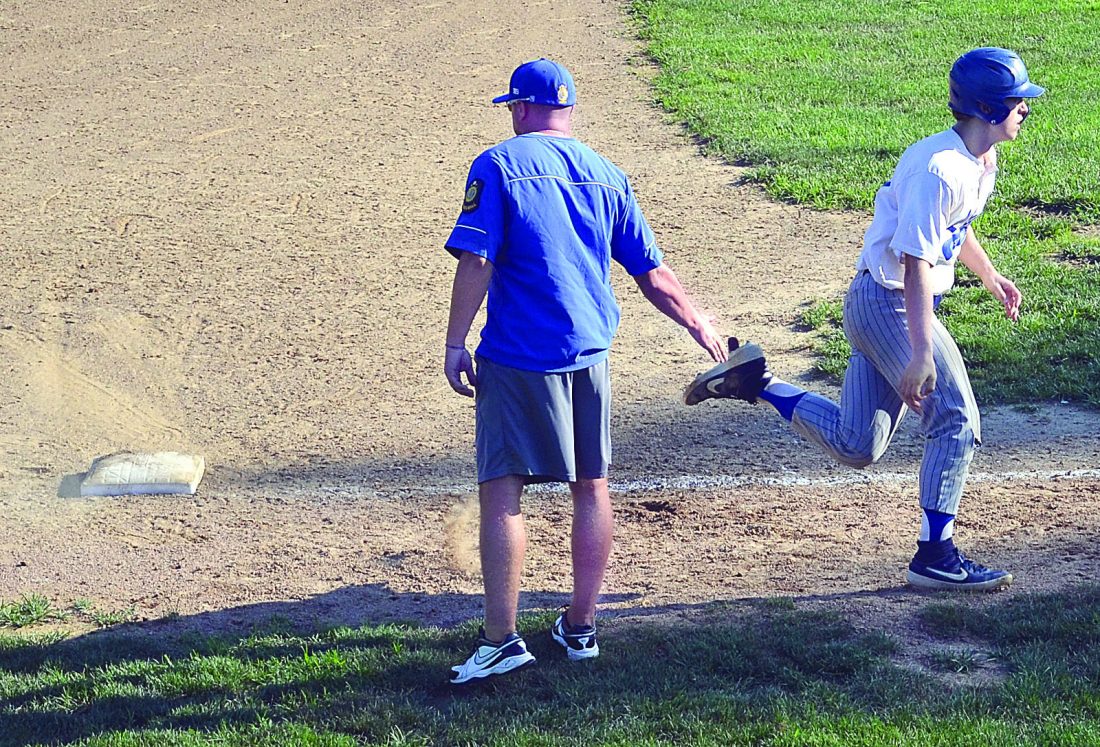 BEVERLY — Beverly/Lowell had its chances.

“We just couldn’t get that clutch hit when we needed it,” said Bev/Low skipper Todd Engle.

“But that’s baseball. We hit into some tough luck. Against a good baseball team, we’ve got to figure out ways to overcome that. Tonight, we just weren’t good enough to do that.”

Beverly/Lowell (21-4), which swept a doubleheader at Lancaster (24-11) last weekend, was led by catcher Clayton Cook, who was 2 for 3 with a solo home run in the third inning.

Drew Huffman was 1 for 1 with three walks, while Brett Gandee had a double and Seth Dennis an RBI.

Lancaster’s Chaz Dickerson was 2 for 4 with an RBI and two runs scored. Cody Fyffe added two singles and also scored twice, while Zane Mirgon drove in two runs and Lane Kastely one.

Post 11 righty Dylan Piko started on the bump and got the win. James Troup earned a save, throwing 2.2 innings of scoreless relief.

“You’ve got to give Lancaster credit,” Engle said.

“They had two kids, who I thought didn’t throw very hard but had a nice little breaking pitch. It can be tough to hit here with shadows and that kind of stuff.”

Nelson was roughed up for four runs in the top of the first. After giving up a leadoff walk to Piko, he was tagged for four straight, one-out Lancaster hits. Dickerson, Kastely, and Mirgon each was credited with a run-batted-in. Another Post 11 run scored on a double steal of second and home.

“They were just better than us tonight,” Engle said. “They put the pressure on us from inning 1, and we got in the hole down 4-0.”

Lancaster stretched its lead to 5-0 in the third on Mirgon’s sacrifice fly to right.

Beverly/Lowell got one of those runs back in the bottom half of the frame on Cook’s solo shot to left.

But Post 11 made it 6-1 in the top of the fourth when Dickerson legged it home on a BevLow throwing error.

Post 389/750 reduced the deficit to four in the bottom of the fourth when Dennis plated Huffman with an infield hit.

Beverly/Lowell chased Piko with one out in the fifth. But after loading the bases, the home team came away empty.

BevLow also filled the sacks in the sixth and seventh innings but a timely hit was not forthcoming.

“Nobody ever wants to lose,” Engle said. “But maybe we’ll learn something from it.

“We’ll just go forward, and I still like the position we’re in.”