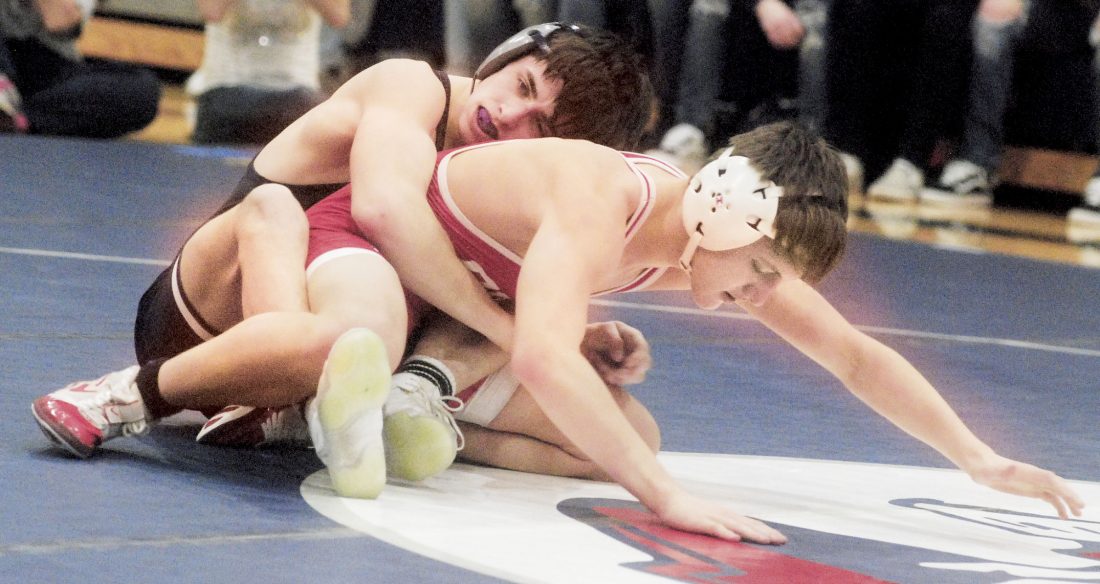 PARKERSBURG — Excited, that’s the word to describe how Parkersburg Big Reds wrestling coach Matt Littleton is feeling about the upcoming wrestling season. He and the Big Reds are entering week two of the out of season practice period.

The Big Reds practice every day during the week and weight train on Monday, Wednesday, and Friday.

“I’m excited, we got a good group of guys coming back this year. We only graduated two seniors. They will be missed don’t get me wrong. I think we got a great core coming back to make some noise this year,” said Littleton, who is entering his third year in charge of the wrestling program, “We got guys missing on vacation and what not. So we are just learning to do a little bit better in certain scenarios and on the mat. We may have a few surprises from junior high, but all things considered. You never know what you have until the season hits.”

Along with last year’s state champion at 152, other senior Big Reds coming back are two runner-ups Bo Moler (138) and Garret Donahue (120), a fourth place finisher in C.J. Wade at 195 and Chance Mathess at 160.

“It’s going really good, the offseason is where you can improve the most. Once the season starts it’s a grind,” Big Reds senior Chance Mathess said, “But in the offseason, you can run, build strength and just better yourself.”

Little has watched and aided his sophomores grow into mature leaders of the team over the past three years.

Stating that helping them grow not only as an athlete, but as a person makes the long hours worth it.

“I’ve seen these kids grow since they were sophomores. When I first got my job here. So I’ve had three years with them to really develop them,” Littleton said, “To see these young individuals, athletes. Grow into young men, good people, and hopefully see them achieve their goals and see that enjoyment in their faces when they do. That’s why we do it.”