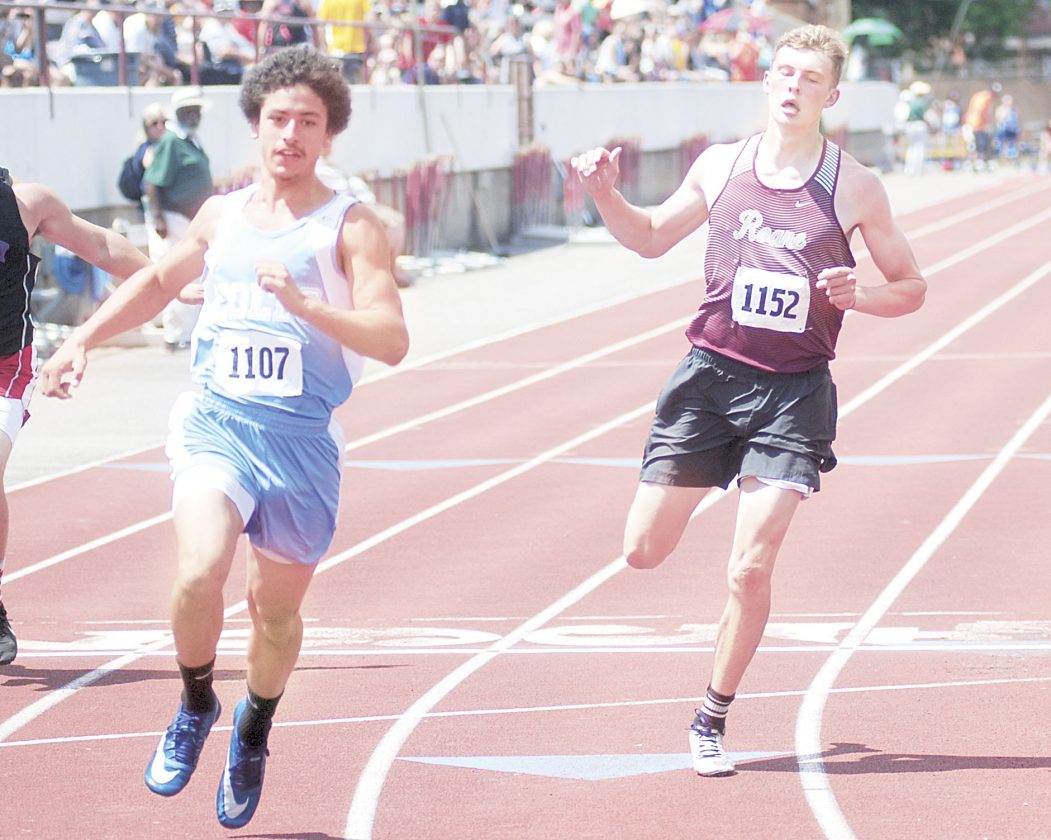 Still, Coon had a memorable weekend and was excited about going toe-to-toe with the best athletes in the state.

“I’m excited because I got two state championships,” Coon said.

“So I can’t be mad. The only thing that gets on my nerves is I barely missed high-point. That’s obviously going to aggravate someone, but (Withrow) is good and he deserves it. I can’t be mad at myself.”

Coon went 23 feet, 1 inch in the long jump for his first state title on Friday.

“My long jump actually beat all jumps here today,” he said. “I’m pretty pumped about it.”

Saturday, he had a bit of trouble in the 300 hurdles but overcame some adversity to win the state crown.

“I thought I was going to win easy,” Coon said. “I came out and got cocky, and about fell on my first hurdles. Then it was a race to catch back up. I ended up doing it, but it took everything I had.”

“My brother won three last year,” Jordan Coon said. “That would’ve been nice to get three, but I’ll take it.”

The younger Coon now turns his attention to college, where he will continue his track career.

“It was very fun high school experience,” he said. “I didn’t lose a race in the 300s all year. Did really well in the long jump. I’m just ready to get to Glenville (State).”

Also scoring for the Raiders was Cael McCutcheon, who reached 12-0 in the pole vault and finished tied for fourth.

In triple-A, Ripley’s only four points of the meet came from Evan King. King placed fourth in the pole vault after hitting 13-0.