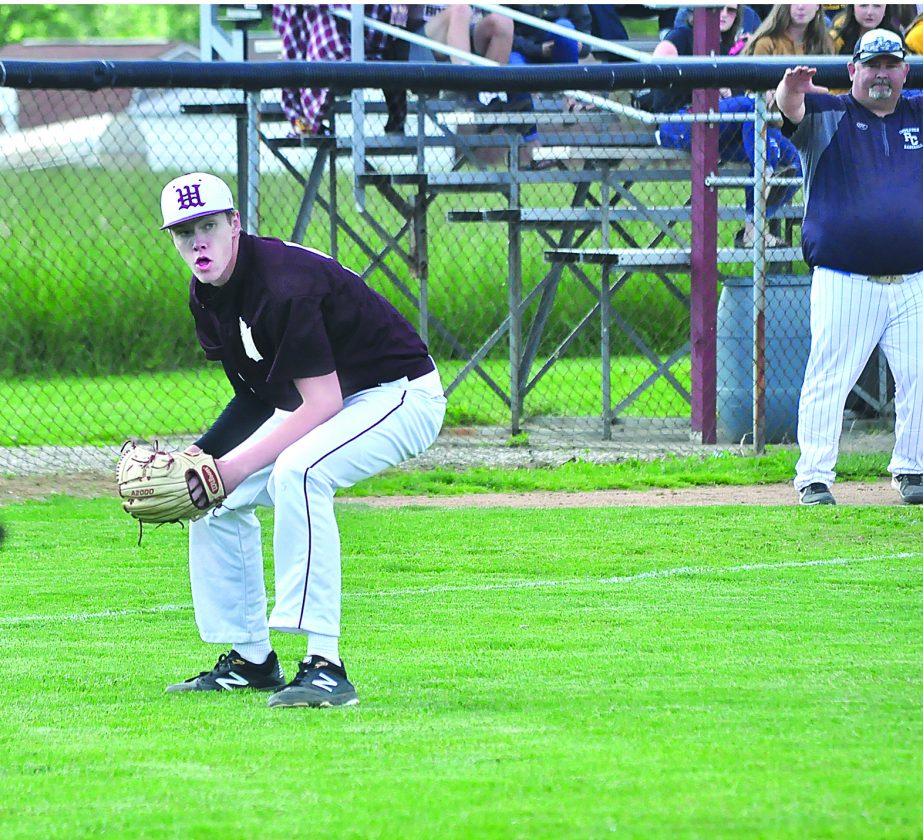 After giving up two runs to Parkersburg Catholic in the top half of the frame, the host Yellowjackets answered with five of their own en route to a 10-2 triumph over the Crusaders in Class A sectional baseball action Tuesday night.

“Thing is, when you face Catholic, our guys get fired up and want to play,” said WHS skipper Terry Smith. “They’ve beat us a couple of times already this year.”

With the victory, Williamstown (21-9) is scheduled to play at Wahama at 5 p.m. today. The Yellowjackets will need to defeat the White Falcons twice to claim a sectional crown.

Righty Leewood Molessa is expected to toe the rubber for the Jackets.

Against PCHS (15-16), Yellowjacket senior right-hander Cullen Cutright started on the hill and got the win. In 6.1 innings of work, he struck out 10, walked five, and allowed three singles and two runs. Southpaw Trip Barkley threw two-thirds of an inning to close out the game.

Offensively for the Yellowjackets, Austyn Smith, Barkley, and Molessa each had two singles and one RBI apiece.

Ethan Tawney and Brady Ankrom each drove in two runs.

“We fought our hardest with nine guys, but in the end, it just didn’t go our way,” Sturm said. “The hardest thing is saying good-bye.”

Williamstown staked itself to a 1-0 first-inning advantage when leadoff batter Trenton Lynch walked, advanced to third on Molessa’s hit, and scored on Tawney sacrifice fly to center.

Capitalizing on four PCHS errors in the third, the Yellowjackets stretched their lead to 3-0. Baylor Haught legged it home on a Copen wild pitch pitch, and Tawney singled home another run.

Copen got out of a bases-loaded, no-out jam in the fourth on three straight pop outs to Sturm at short.

Catholic got on the board in the top of the fifth and cut it to 3-2 on Amrine’s two-run single, which plated Stephen Garvin and Jeb Boice, both of whom had walked.

“That was a big hit by Peyton,” Sturm said.

But Williamstown responded with a bat-around in the bottom half of the frame, and gave itself a seven-run cushion. During the surge, the Jackets only had two hits (singles by Ankrom and Barkley), but were able to capitalize on two Crusader miscues, two Copen wild pitches, two walks, and a double steal of second and home by Barkley and Smith, respectively.

“That just shows you how quick baseball can change,” Sturm said. “You know, you go from down one run to down 4, down 5. “