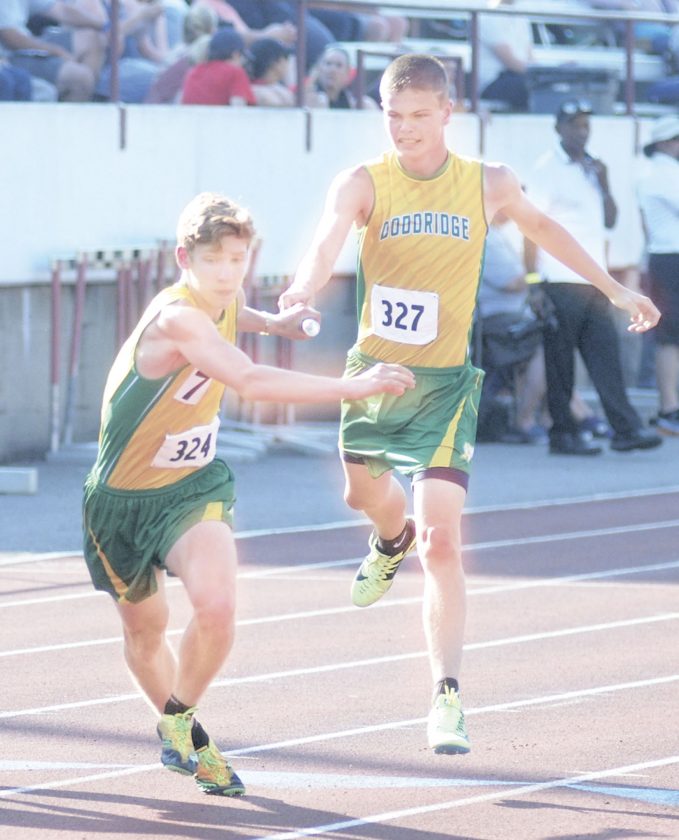 CHARLESTON — After three straight years in third place, the Doddridge County boys are back on top.

The Bobby Burnside-coached Bulldogs edged runner-up Magnolia, 84.33-82, to win the Class A state track championship Saturday at UC Stadium. Doddridge went on a run of five straight state titles from 2011-15, but finished in third the last three seasons.

“We just wanted so bad to get back to the podium,” Burnside said. “The effort this weekend, overcoming some adversity, the effort, the heart, the striving to get every single point — we ended up winning by 2.33 points.

“It’s a wonderful accomplishment. For the boys team it’s the ninth title, and for our program, boys and girls together, it’s the 20th state title in track. It means a lot.”

Ravenswood twins Blake and Bryce Jarrell finished 1-2 in the high-point standings in single-A. Blake finished with 26 total points, led by a state title in the 1600 (4:31.38). 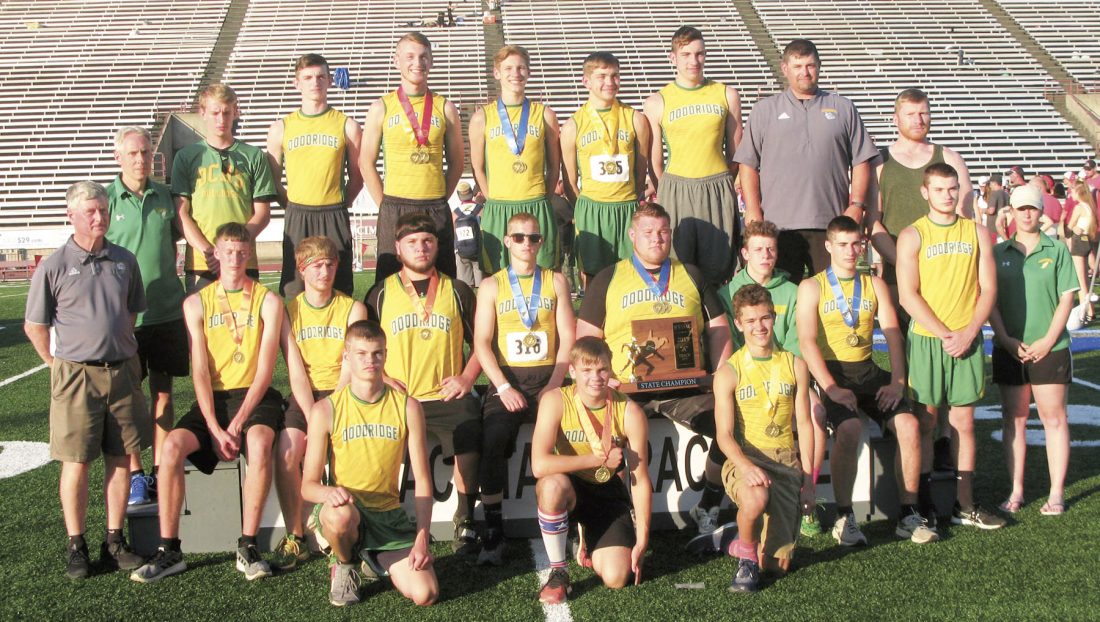 “I wasn’t really coming out here thinking high-point, but it’s pretty cool that I got it,” said Blake Jarrell. “I didn’t get what I wanted in the 800. I got second. Four by eight, we got second but we PR’d by 10 seconds, so we ran better than we thought we would. I’m glad that this happened for my last state track meet in high school.”

The Red Devils finished third in the team standings with 64 points. Webster County (52) was fourth and Ritchie County (51) rounded out the top five.

“We really aren’t that deep, but we are very good in some areas,” coach Burnside said. “We scored a lot of points in certain events. This was a total team effort.”

“There was a hunger and a desire,” coach Burnside said. “We had a lot of good meets this year but we also lost some. In the end, we won the big one and it took everything we had.”

The area had two other individual state champions Saturday. Ritchie County’s Gus Morrison took home gold in the 110 hurdles while Tyler Consolidated’s Spencer Corley won the high jump. Corley credited his barber, who is also his grandmother, for his success.

“I’d like to thank my grandma for giving me my haircut,” Corley laughed. “I get it before every single meet. And I thank God for everything I’ve been able to do.”

Corley went 6-4 in the high jump, falling short of his PR of 6-7, but the sophomore was thrilled to be going home a state champion.

“It feels pretty great,” he said. “Probably by the fifth or sixth hurdle I started pulling ahead. I’ve been pushing all year for it.”

Williamstown was right behind in eighth place with 42 points. The 4×400 relay team of Colin Hunkele, Dawson Reynolds, Mikey Bell and Kole Sutton walked away as state champions after a 3:31.75 effort.