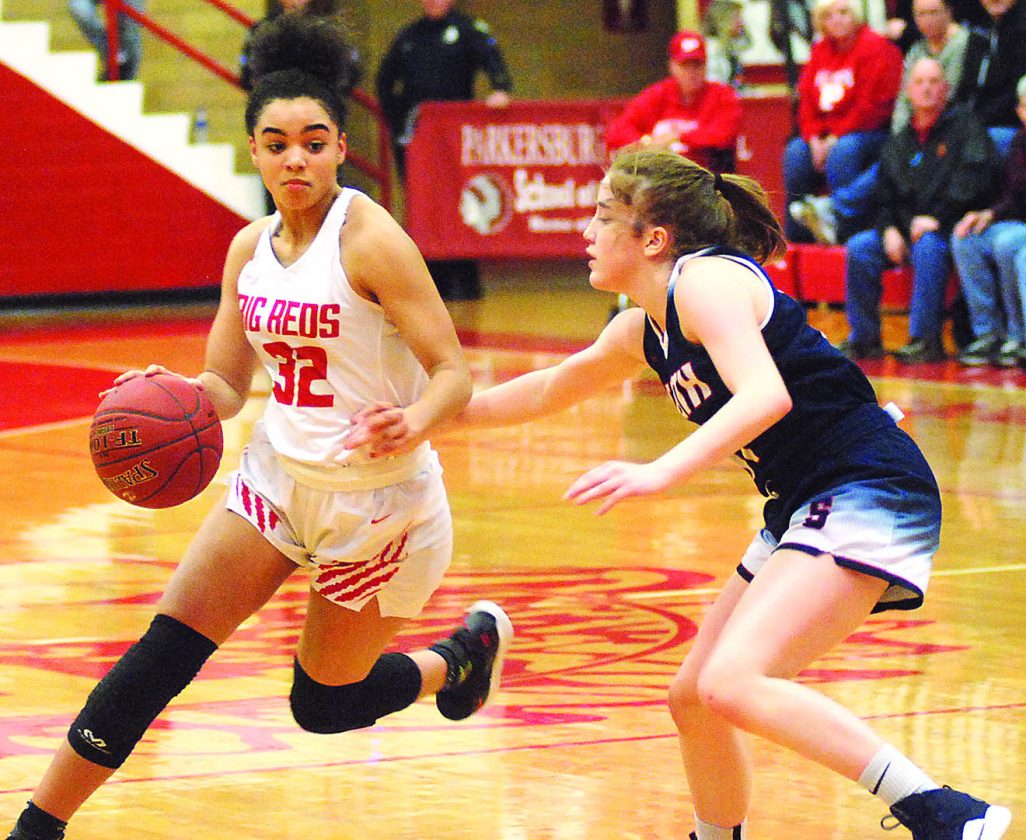 No avoiding this angle when it comes to Wednesday’s opening round Class AAA state tournament game between Hampshire and Parkersburg High.

Hampshire has zero players with shooting experience at Charleston Civic Center, a notoriously tough venue to shoot in for first timers.

PHS possesses plenty of experience in high-pressure situations at the CC, among other big environments.

Hampshire had three varsity weathered players at the beginning of the season. PHS returned every contributor from last year’s run to the state title.

Hampshire was not ranked all season.

PHS held unanimous as the best team in the classification.

Hampshire is the eight seed. PHS is the top seed and begins defense of its state title, but head coach Scott Cozzens isn’t looking past Hampshire, saying that anything can happen come tournament time.

“Realistically, if you get there you have a punchers chance. Anybody can win it just like we did last year,” Cozzens said.

“We try to get that point across, sometimes it gets drowned out. Treat them like we treat everybody else. Everybody deserves our best effort.”

Entering as a three seed last year, the Big Reds came away with two-point wins over Parkersburg South and Buckhannon-Upshur en route to winning their first state title since 1996.

No one is expecting close games this time around when it comes to the Big Reds.

Senior Hannah Gordon is Hampshire’s starting point and missed the majority of her junior season due to ACL surgery last year.

Returning at the end of the season, Gordon was able to send Hampshire to Charleston via a game-winning lay-up, defeating Spring Mills 48-47 last Friday.

Only one player above 6-foot on the roster, sophomore Ellen Keaton, Hampshire relies heavily on getting its points from the outside.

Hampshire’s backcourt has the ability to do so, as Corbin (5) and Gordon (2) made seven out the team’s eight 3s against Spring Mills. Sophomore wing Gracie Fields chipped in with nine points.

Hampshire is on its longest win streak of the season, with three games, as the Trojans got hot at the right time and played their best basketball all year, according to head coach Julieanne Buckley.

“We kind of had a feeling before the rankings would be out. Nobody really expected us to get here. We just kind of turned it on at the right time,” Buckley said. “We are really a young team. We start two sophomores. We lost a lot of games on young mistakes and not being able to hit free throws.”

Last appearing at the state’s capital in 2014, Hampshire was able to hold practice at the Coliseum Tuesday in Morgantown before heading to Charleston in order to get used to the openess of the Civic Center.

“It’s going to be an experience. None of us have ever made it to the state tournament. We may be a little star-struck at first, but hopefully I can get the jitters out of them,” Buckley said.

Not knowing much before the seeding, what caught Cozzens’ attention was that Hampshire was able to get over the hump, beating Jefferson 43-35 to win sectionals.

“They beat a team that beat them twice to get to the regionals. A team that notoriously beats them every year. A team they had to beat to get here. They are playing their best basketball right now,” Cozzens said.

Opening tip will be at 7:15 p.m. and the winner will play either South Charleston or Wheeling Park at 5:30 p.m. Friday.