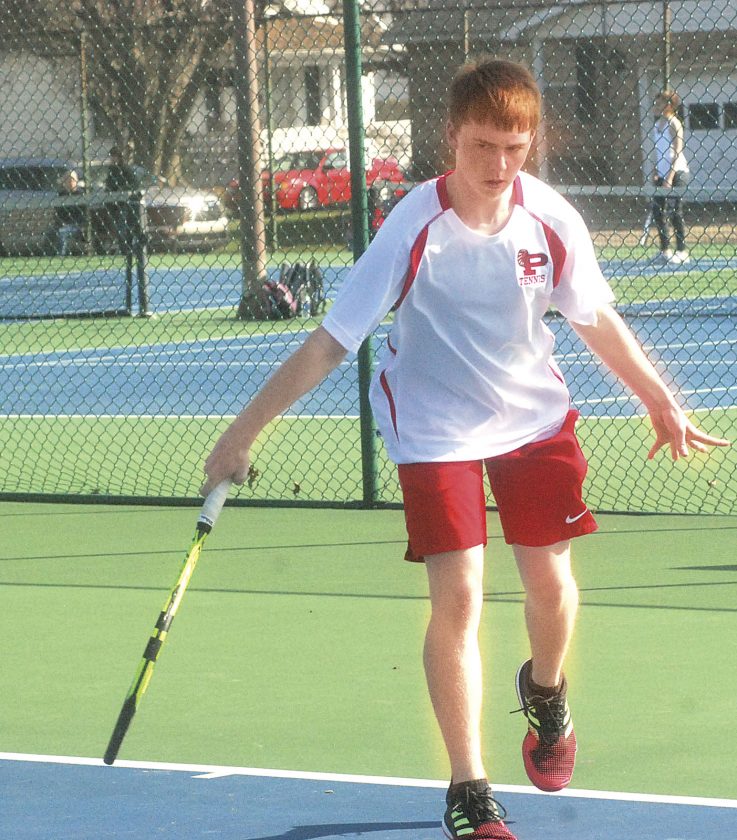 Photo by Josh Hughes Parkersburg’s Jacob Boone watches his return rally-shot to Ripley’s Caleb Bailey in the Big Red s’ 8-0 win in the No. 1 match Tuesday.

PARKERSBURG — The Parkersburg Big Reds tennis team easily dispatched of the Ripley Vikings at the Parkersburg City Park Tuesday afternoon. It was the first set of matches of the season at the City Park.

The duo of Bairavi Sundaram and Brylee Jackson opened the day in doubles action and faced Ripley’s top singles competitors, Lauren Roush and Toryn Scholl. Ripley’s tandem was no match for Sundaram and Jackson, as they handily won 8-0.

Doubles matches continued, and PHS continued to lay it on the Vikings. The next 1-2 matchup was the boys’ team of Jacob Boone and Seena Saadevandi making quick work of Caleb Bailey and Tobias Scholl with an 8-0 shutout of their own.

With the Vikings having dropped those first doubles matches, they desperately needed to make up for it throughout the afternoon. The only problem was that the Big Reds kept rolling.

The boys held Ripley scoreless for the rest of their matches en route to one more doubles win by Matt Pierson and Canyon Alkire and flawless singles wins from Boone, Saadevandi, Nick McBride and Jaxen Ranson. 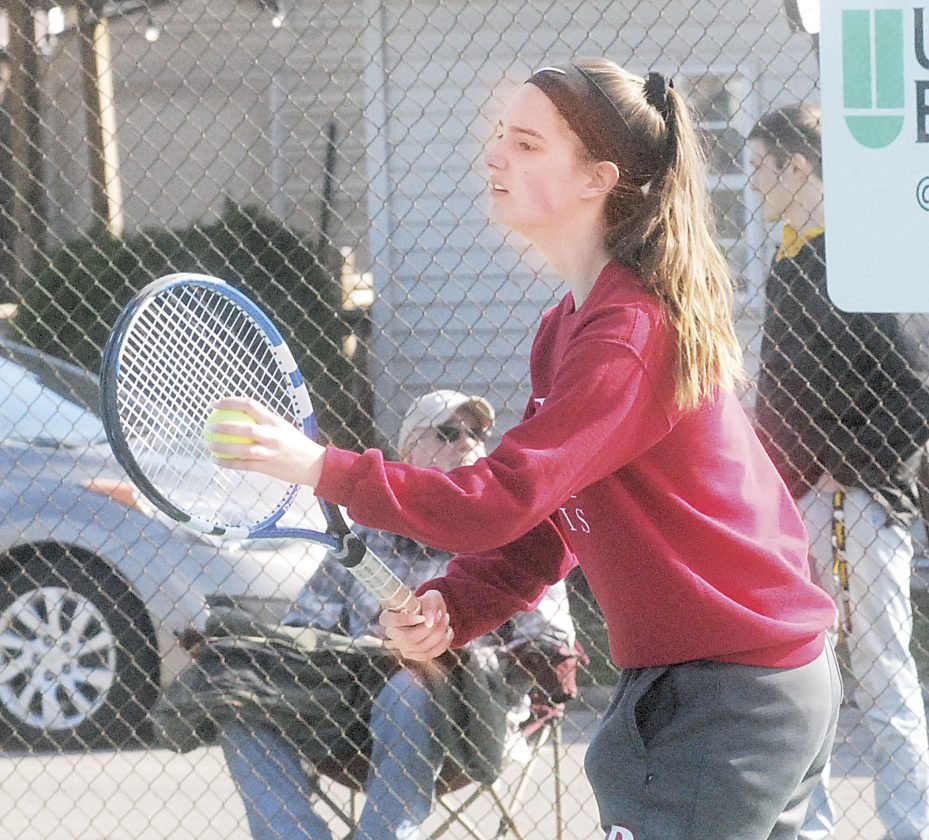 Photo by Josh Hughes Parkersburg’s Brylee Jackson prepares to serve during her No. 2 match Tuesday at City Park.

During McBride’s win over Jarrett Lough, he demonstrated confidence and controlled the entire match.

“I feel pretty good over the win,” he said.

“I didn’t have much pressure on my plate, so I just wanted to go out there and do what I usually do. I’ve just got to keep playing my game.”

The next doubles match for the PHS girls went according to plan, as Cameron Hanshaw and Kelsie Sanders teamed up to put away the team of Megan Barnett and Morgan Kimble, 8-4. Laurel Sanders and Farrah McGinnis rounded out a sweep in doubles action, as they defeated Brooke Hatcher Rory Holmes, 8-1.

The lone blemish for the Big Red netters came via a Brylee Jackson loss to Toryn Scholl. The 8-6 win was the only victory for the Vikings, as Scholl fought off a comeback attempt from Jackson. Jackson’s last shot sailed out of bounds, as Scholl secured the win.

The Big Reds had that setback at the end of the day, but not before Hanshaw (8-0) and Sanders (8-2) each won in singles action. The collective win for the Big Reds gives the team confidence that should carry on well into this season according to Sundaram, as she has high hopes for the season’s matches ahead.

“At least for the girls’ side this year, there’s going to be a lot of competition for us,” she said. “Hopefully, these wins here and there serve as a motivation to keep working hard.”

Riding high off this win, PHS flexes its muscle into an upcoming home contest against Spring Valley at 4 p.m.