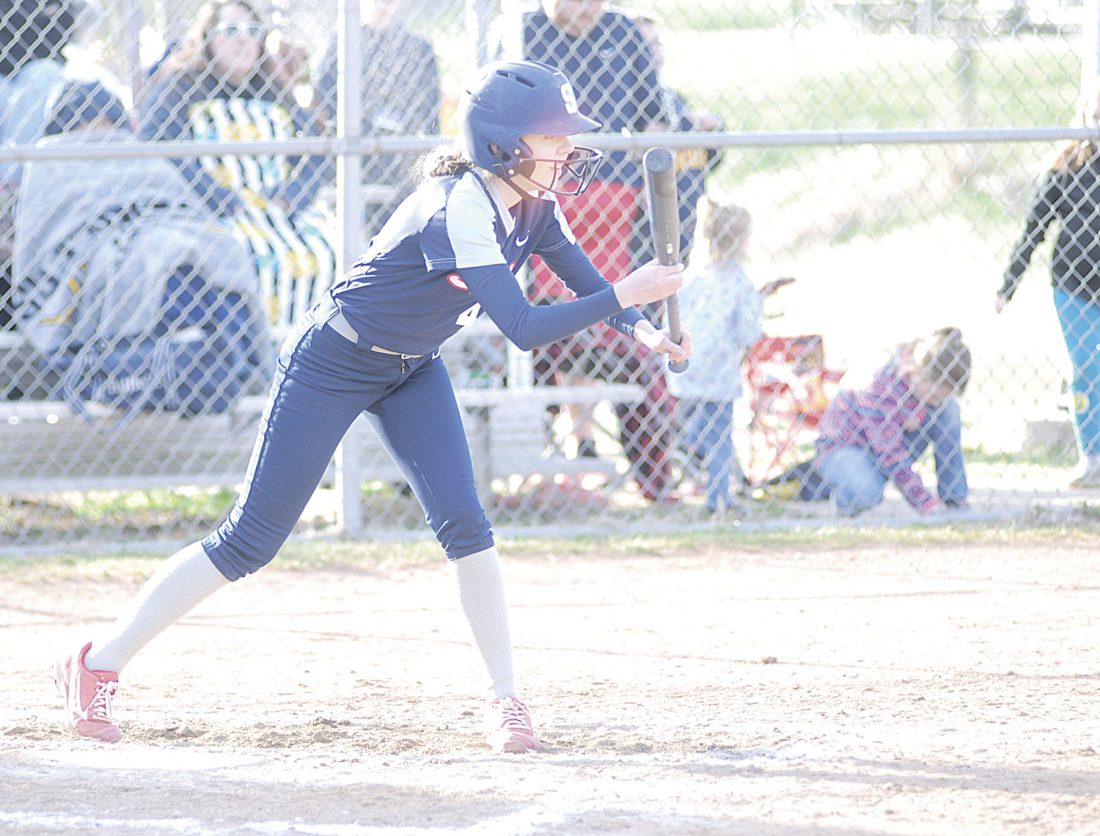 PARKERSBURG — It was close matchup in the first game of the doubleheader, but South scored three runs in the bottom of the sixth to take the first game, 6-4. The Patriots used that momentum to pull of the sweep whipping John Marshall 13-5 at Godbey Field Tuesday night to start the season 5-0. “It’s exciting. I’ve seen these kids know these kids and I expected them to come out to a hot start,” South head coach Tim Birch said.

The Patriots started the second game getting with back-to-back base hits by Ashlee Ellison and Alexis Fleck. Paige Adams got the first run of the game, bringing home Ellison with a single. McCorkle got a two-run double and Fleck hitting for the second time in the first smacked an RBI triple.

South scored seven runs in the first, but the Monarchs responed with five runs of their own. Getting four runs with back-to-back hits with Joey Mangino’s two-run single and Riley Morgan’s two-run triple.

In the second, Alyssa Reeves bringing home Lauren Somerville with a double was the only run scored in the second for either team.

Hitting in the clean up spot, Adams hit her fourth home run in five games in the fourth inning scoring two runs. Adams went two for three with three RBIs in the second game. Adams is off to a hot start, hitting a homer in two staight games.

“It’s wonderful having her there with your kids on base and she knocks them in, she is a beast,” coach Birch said, “She’s been hitting that way for years and she is just now showing that to the OVAC and people in the city.”

John Marhsall scored the two runs in the bottom of the fourth, it could have been worse, but starting pitcher Zoe Wells got Kamryn Skyrzneki looking at strike three, getting out of the fourth with the bases loaded. Wells got the compelete game win, finshing with three strikouts and walking four batters. Rayven Opic picked up the loss for John Marshall.