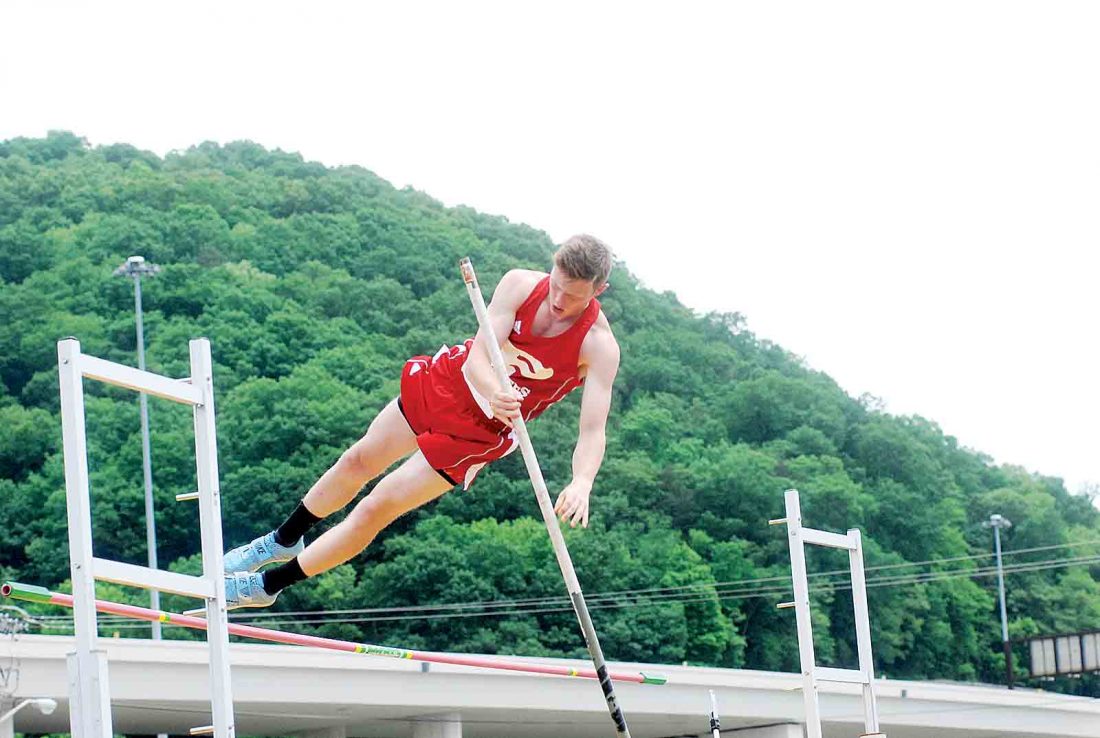 PARKERSBURG — For fans wanting to take in some early season track action, Parkersburg High School and Stadium Field will be the place for it both today and Saturday.

The annual Kim Nutter Invitational gets underway at 4:30 p.m. this afternoon with field events. The running events are slated to begin at 5 p.m.

The PHS boys will be out to defend their KNI title as too will the girls from Wheeling Park. Joining the Big Reds and Patriots in the field are Parkersburg South, Parkersburg Catholic, Robert C. Byrd, Tyler Consolidated. Charleston Catholic and John Marshall.

The annual Ryan Jobes Spring Special also will be held at Stadium Field on Saturday.

Williamstown’s girls are the defending champs and the St. Marys boys will be out for another title as well. Action is slated to begin with field events at 10 a.m. with the running events starting an hour later. Aside from the Yellowjackets and Blue Devils, also expected to be on hand are Wirt County, Ritchie County, University, Magnolia, Marietta, Cross Lanes Christian, Independence, Paden City, Gilmer County and Teays Valley Christian.

“We’ll have a one session meet with a break,” noted Yellowjacket head girls coach Zach Hall, whose squad boasts more than three dozen members. “It’s our first meet of the year. Some of the other teams have run already.

“What’s always the hope is warm weather and staying dry. It’s supposed to be 50 with sun. That’s better than snow blowing on the track in the meet which has happened in year’s past at Williamstown.”

As with most teams competing for the first time in the spring, expectations normally aren’t solely results-based. Also, programs aren’t looking to push their thinclads too hard this early on.

“It’s hard to tell,” O’Donnell said of what to expect today from his squad. “It’s what I’ve always said. Our schedule starts too early and ends too soon. We’re not very big, a small team, which is unusual for us. Last year we had a JV team that ran in seven meets.

“We’re going to be OK by the end of the season I think and we’ve got some very good individuals and they are working hard. That’s all you can ask.”

Big Red speedster Tyler Moler, who the coach said “is fine and he’s 100 percent,” is expected to be held out from today’s meet because O’Donnell added “there’s no sense in taking a chance earlier in the season. We plan to run him next week at the Rocky Brands Invitational.”

PHS girls head coach Lia Fleek also admitted they will be without some competitors and that includes senior pole vaulter Sophie Thompson and freshman hurdler Kendal Domenick, who is dealing with an ankle injury.

According to coach Fleek, junior distance standout Madison Trippett isn’t going to get “loaded up right now. She’s coming off her indoor season. It’s going to be what it’s going to be and we got some nice freshmen.”