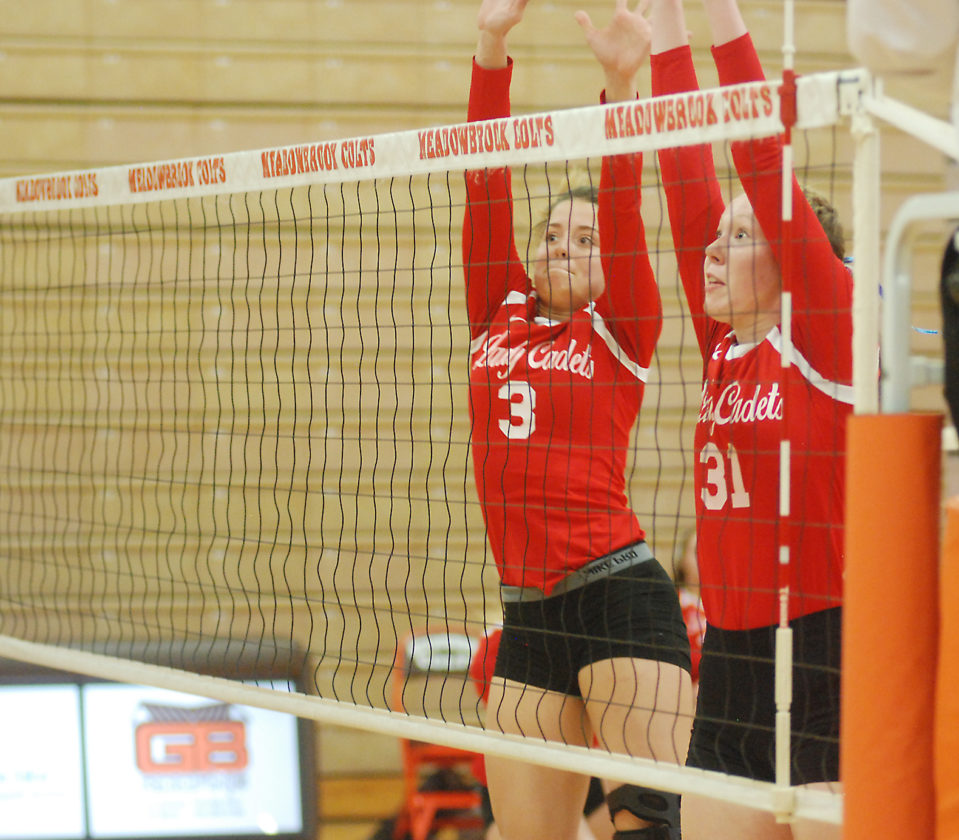 But that’s a good thing, because as long as the Tiffany Schob-coached Cadets keep winning in the postseason, the distance and travel time increases. Ultimately, the red, white, and blue netters are hoping to end up in the Ervin J. Nutter Center at Wright State University in Dayton, where the OHSAA Volleyball State Tournament will be held Nov. 10-12.

“We’re going to leave early Wednesday,” Schob said. “And, we’ll probably stop about half way there to stretch our legs.”

FFHS (18-7) will need to win two Division IV regional matches, starting with a semifinal against the Allison Hostetler-led Dalton Bulldogs (23-3) Wednesday at 6 p.m. at Lake High in Stark County.

If successful, it’ll play the semi winner of the St. John-St. Thomas Aquinas winner in a final Saturday at 2 p.m.

Fort Frye advanced to the regional tournament by beating Berlin-Hiland, 3-2, in a district title match at Meadowbrook High last Wednesday. The five-game win was the Beverly-based high school’s first district championship since 1986.

“I’m happy with where we are right now,” Schob said. “The girls are very motivated, and they’re fighters.”

Statistically this season, at the net, Fort’s primary attackers have been the 5-foot-11 Buchanan with 311 kills and 5-9 Sampson with 187.

Hendershot, a 1,000-plus assist career setter, has 660 assists on the season. She also leads the team with 55 serving aces and 184 points.

Baker, the libero, leads the team with 296 digs.

Dalton got to Lake with 3-game sweep of Central Christian in a Northeast District final at Medina High.

The 6-3, 230-pound Granger leads the Bulldogs in kills and blocks with 422 and 57, respectively. She’s also a West Virginia University recruit.