Look Back: Politics in play in the past 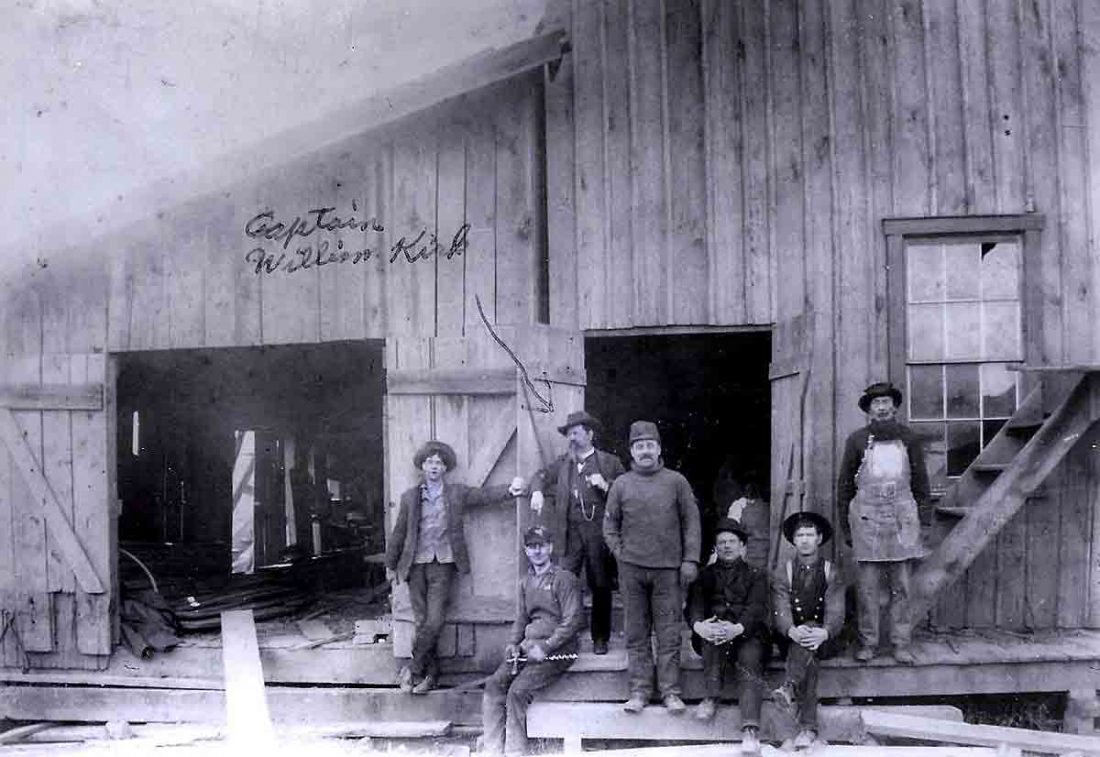 Capt. Wm. Kirk, shown in the doorway of his sawmill on the south side of the Little Kanawha River, was a “mover and shaker” in early Parkersburg and Wood County politics. (Photo Provided)

Mark Twain says that when women frame laws, the first thing they do will be to enact: 1) That all men should be home at ten P.M. without fail. 2) That married men should bestow considerable attention upon their own wives. 3) That it should be a hanging offense to sell whiskey in saloons, and that fines and disfranchisements should follow in all such places. 4) That the smoking of cigars to excess should be forbidden, and the smoking of pipes utterly abolished. 5) That the wife should have the title to her own property when she marries a man who hasn’t any.

“Such tyranny as this,” says Mark, “we could never stand. Our free souls could not endure such degraded thralldom. Women, go away! Seek not to beguile us of our imperial privileges. Content yourself with your little feminine trifles — your babies, benevolent societies, and your knitting — and let your natural bosses do the voting. Stand back — you will be wanting to go to war next. We will let you teach school as much as you want to, and pay you half price, too; but beware! We don’t want you to crowd us too much!”

Mr. William Kirk, proprietor of the South Side mill, did the handsome thing last Saturday in giving lumber, free, to make the [Republican] band wagons. Mr. Kirk is a true blue Republican and he counts his friends by the score.

The dispatch in Cincinnati’s Enquirer from this city, stating that the Democratic Conference have had passed a resolution endorsing David Bennett Hill for Presidency, is claimed to be a fake. Some of the Democrats here are very indignant over the matter of such a statement having been sent out. — The Huntington Times

Doc. Gandee is in a quandary. The Doctor is a strong Democrat while his wife’s family are just as strongly Republican. Doc has a great big bouncing, brand new boy, and he wants to give him a name out of the list of Democratic heroes, but the other side won’t have it. They want to call him McKinley or high tariff, or something of that sort, and Gandee says he don’t want that boy to lose his reputation as soon as his name is mentioned. He proposes to fetch him over here when the old folks go to sleep and have him christened Stonewall Rosecrans Gandee.

It is generally believed that the hottest and longest fight in the next Republican State convention will be for the nomination for Auditor. This is such a fat and juicy plum, that there is much longing for it in various directions. So far as can be gathered by conversation with politicians, nothing is being said about candidates for Attorney General. The present incumbent, General Rucker, seems likely to have a clear field for re-nomination. The office is by no means a lucrative one and this probably accounts for the fact that there are not forty or fifty lawyers after it. Lawyers, however, are generally so modest they do not like to mention right out what they want.