Black Canary, Huntress in, but no Oracle 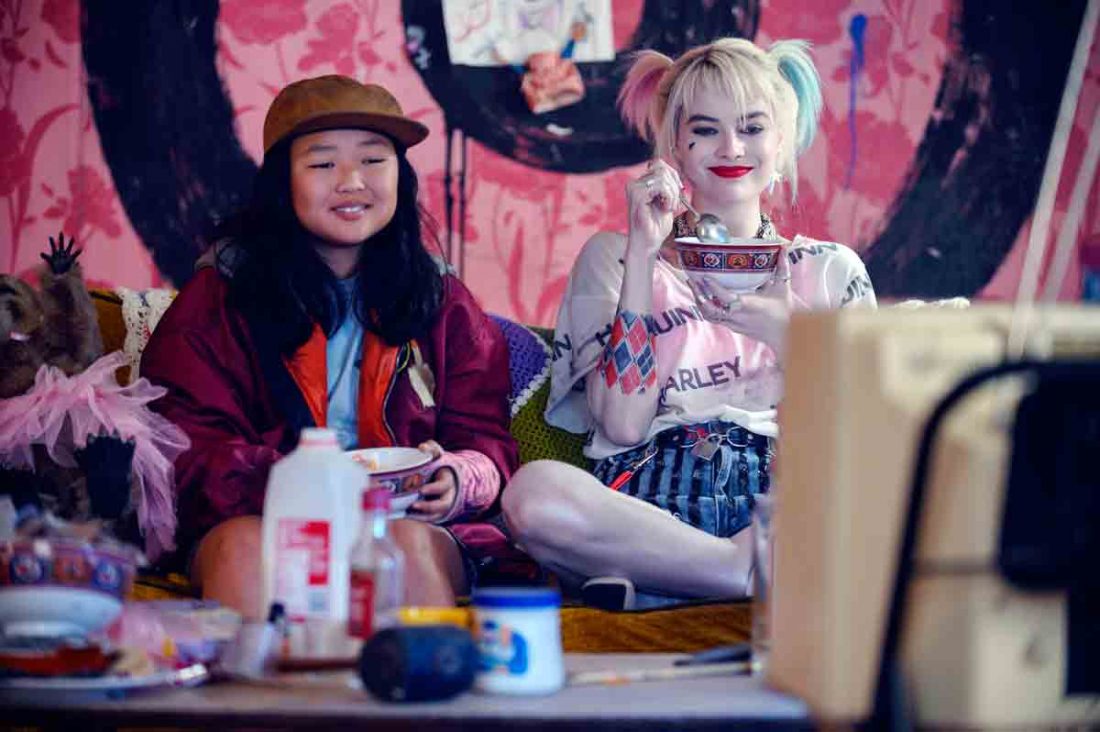 Ella Jay Basco, left, and Margot Robbie in a scene from “Birds of Prey.” (AP Photo)

Harley Quinn returns to theaters today, headlining “Birds of Prey,” a movie about a team of superheroes of which she’s never been a member.

But if you’re DC, when one of Hollywood’s top actresses, playing one of your most famous characters, wants to make a movie, you don’t quibble over details. And if the results are closer to “Wonder Woman” than “Suicide Squad,” they’ll have made the right call.

The Birds of Prey debuted in a 1996 one-shot in which former Batgirl Barbara Gordon enlists the aid of vigilante Black Canary to investigate a series of terrorist attacks and disasters befalling the efforts of Third World financier Nick Devine. Gordon was operating as Oracle, an information broker to heroes, after she was paralyzed by a bullet fired by the Joker in the landmark “Batman: The Killing Joke.”

Black Canary is a martial artist with one of the more complicated histories in DC comics — and that’s saying something.

The original, Dinah Drake Lance, was introduced in 1947’s “Flash Comics” #86 as a supporting character to Johnny Thunder and eventually joined the Justice Society of America. After her husband died during a Justice League-Justice Society team-up, Black Canary headed over to the Justice League’s Earth. It was later revealed that she was actually the daughter of the original Black Canary, who had been cursed as a child by the villainous Wizard and placed in suspended animation until her mother was dying and got her memories transferred into the adult child’s body.

When DC streamlined its continuity in “Crisis on Infinite Earths,” the story was changed so the original Black Canary simply raised her daughter around the rest of the JSA and Dinah Lance followed in her footsteps. This is the version who teamed up with Oracle in ’96.

The duo continued working together in subsequent stories which DC and writer Chuck Dixon eventually spun into an ongoing series. While they naturally teamed up with other characters, the Birds primarily remained a two-woman operation. That changed in 2003, when Gail Simone took over writing duties and brought the Huntress into the mix.

Huntress is another character who got a major makeover in “Crisis.” She was originally Helena Wayne, the daughter of Batman and Catwoman. In the new timeline, she was Helena Bertinelli, a member of a Gotham crime family orphaned by a rival’s attack. She grew up swearing vengeance on organized crime and became a vigilante whose methods Batman and company often found too extreme,

She became part of the Bat-family, however, working with the Caped Crusader and earning an invitation to join the Justice League. During the “No Man’s Land” event in which Gotham was cut off from the rest of the world, she donned a new Batgirl costume.

That mantle was passed to Cassandra Cain, who will be featured in the “Birds of Prey” movie as well, though apparently not in her costumed identity.

The daughter of master assassins Lady Shiva and David Cain, Cassandra was raised from birth to communicate by action and movement rather than words. When Cain brought her into the family business, she ran away.

Her violent past sometimes estranged her from the rest of the Bat-team, but she was eventually adopted by Bruce Wayne. Following his apparent death, she turned the Batgirl identity over to Stephanie Brown but would return to the fold as Blackbat. In the re-revamped DC continuity where Barbara Gordon never stopped being Batgirl, Cassandra goes by the codename Orphan.

Although Batgirl worked with many of them, she was never an official member of the Birds of Prey. Nor was the last member of the movie team, Gotham Police Detective Renee Montoya.

Montoya was a dedicated officer who worked with Batman and other costumed vigilantes. Her life was turned upside down when the villain Two-Face outed her as a lesbian after she rejected his romantic advances. She eventually quit the police department after failing to stop a corrupt officer who had killed her partner.

Montoya moved further into the superheroic world because of her relationship with Kate Kane, aka Batwoman, and adopted her own costumed identity as the new Question.

* “Birds of Prey” Vol. 1 — Collects the early appearances of the Black Canary/Oracle team from multiple one-shots and a limited series.

* “Batman/Huntress: Cry for Blood” — The Huntress is framed for murder in this story that also explores her origin.

* “Birds of Prey: Of Like Minds” — Writer Gail Simone takes over the title, making the duo a trio with the addition of Huntress to the fold.