Music drew many to Parkersburg 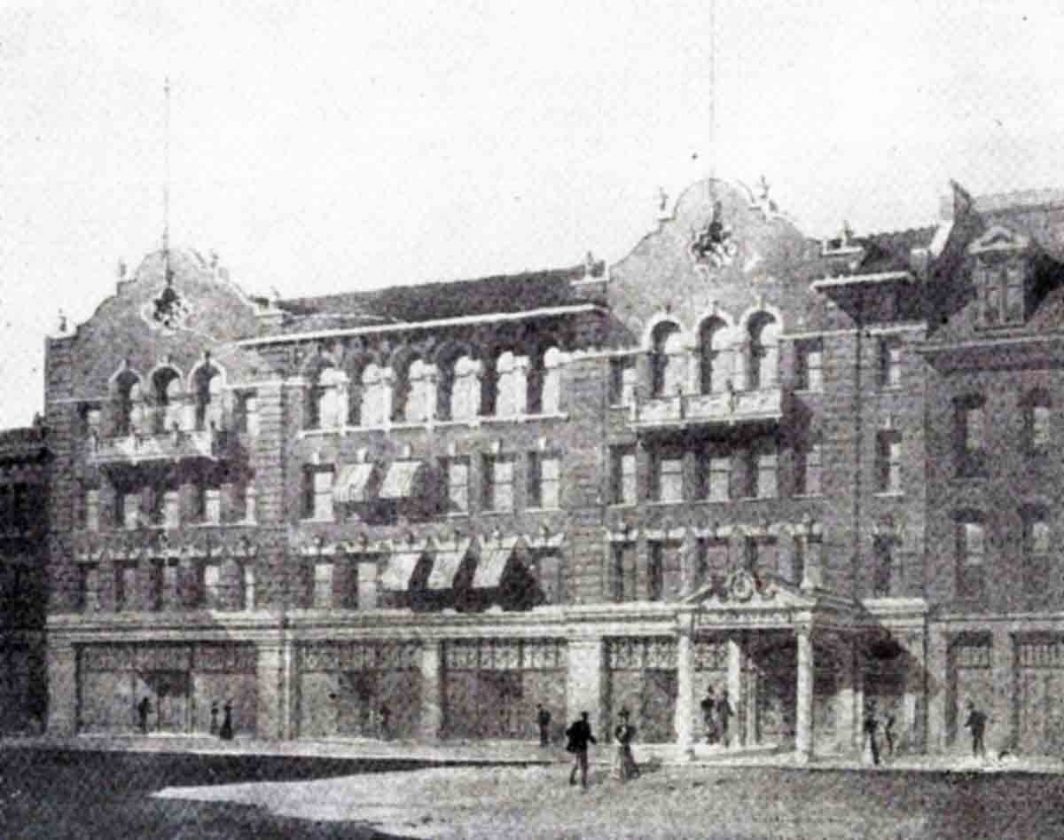 The building depicted above, referred to as the Opera House and situated on the west side of Market Street between Seventh and Eighth streets, would become the famous Camden Theatre. (Photo Provided)

The Beethoven Singing Society of Wheeling came down on the steamer Express on an excursion last Sunday reaching Parkersburg about eight o’clock in the morning. The principle part of the day was spent at the fairgrounds where our citizens and their visitors enjoyed themselves as only the Germans do. A rain storm in the afternoon put a sudden end to their festivities and as soon as the weather cleared up the party returned to the boat which left about six o’clock for Wheeling.

Claire Scott, who played here with the greatest satisfaction to Parkersburg audiences early in March, will return and give a series of performances next week. On Monday, Tuesday and Wednesday she played in Volcano in the following pieces respectively: Lucretia Borgia, Camille, Leah the Forsaken on Thursday, Friday and Saturday she will play at Rose Opera House in Lady of Lyons, Leah the Forsaken and Evadine. Miss Scott gave splendid performances at her former appearance here and her audiences gave her the reputation of being a finished and scholarly actress. Her support is exceptionably strong for a traveling combination.

To-morrow night at the Academy of Music, the second concert by the Choral Society will be given. The programme has been published already in this paper and is a most excellent one. Miss McMillin, the popular Columbus soprano, is already here, and Mr. Sullivan, the Cincinnati baritone, will arrive to-morrow. They are both vocalists of wide reputation and fine abilities. The Choral Society is composed of about forty of the best voices in Parkersburg and Belpre, and they have been carefully drilled by Mr. C.A. Bukey for several months. Lovers of good music are naturally anticipating a rare treat to-morrow night, and we can assure them that they will not be disappointed, either in the Choral or in the soloists. The prices of admission are only 25 and 50 cents, and the Academy should be crowded.

You Want To Hear Them

To-morrow night, at the Academy of Music, the famous Kanya Geza Hungarian Gypsy Quartette will give a novel entertainment. The New London (O.) Journal says of them:

“The Hungarian Gypsy Quartette gave an entertainment in the New London Opera House last night before a large and delighted audience. The wild, weird music by this company of artists has been heard once before in this city, and it has lost none of its novelty by repetition. Some of the airs were very beautiful, blending from the piano into a perfect whirlwind of crashing music.

Parkersburg’s musically cultured people will soon have an opportunity of showing whether they are really in earnest when they say that manager Van Winkle would be supported by them if he would bring a first class comic opera company to the Academy of Music. The Duff Opera Company, which is to be here on the 28th, is a very large and brilliant company, and if we want such high-class attractions we must show our appreciation of them by filling the Academy.

How long did it take modern humans to evolve from our primitive ancestors? Well, Neanderthals roamed the earth ...

In my last column, I talked about the fog of war when it comes to the coronavirus. That’s why more, not less, ...

Fairmont: Emergency action may be needed for hospital