The year was 1950, the first year that many people called the decade of innocence. It seems there is always an exception to a perfect situation. Amy was fifteen and homeless. After being abused by three stepfathers, the street did not seem very bad. She was smart enough to know that “street smart” was only an old wives tale. She was wise beyond her years and would never let her guard down. At the tender age of eighteen, Amy was already a survivor.

Amy had a friend here and there and an aunt she trusted. She got her first break at eighteen when she landed a job at the state hospital. Even though it was a janitor job, she finally had some security and it was the first time she had a regular paycheck. Only eighteen, it seemed she had already lived a lifetime.

This particular evening the noisy clanging of stainless steel food trays faded into a peaceful evening. Amy was working the afternoon shift. Nurses are always weary of these types of evenings because all hell can break loose at any time.

And so it was. The emergency doors swung wide and loud screams frightened everyone. Guttural growls seemed to be coming from some type of animal. Being none of her business, Amy kept working. Two nurses came into the area where she was working. Both were crying and very upset. It seems a young kid around ten years old had been chained to a tree for weeks, abandoned. The woods were the only home he knew.

A farmer chasing an old cow came upon the boy and called the police. It required three officers to wrestle the kid so they could safely bring him to the hospital. He was covered with bugs and an officer said the chains had damaged the tree. He estimated he must have been there for several weeks.

A few days later, Amy peeped into his room. The doctors had him restrained so he could only crouch in the corner of the room.

Days went by. When he bothered to eat, he would growl and throw his food on the floor. The nurses sought the assistance of the guards to try to administer meals to him. One day Amy was instructed to clean the young boy’s room. “Make sure you have a guard with you”, they warned.

Amy was in the room when they brought his lunch. The nurses were told to set his food tray down on the bed and allow him to knock it on the floor. They were not to do anything that might excite or startle him. When the food nurse left, the kid made what seemed to be a threatening growl. Amy gently sat down on the bed, scooped some of the food, and held her hand outstretched. Curious, the little boy came closer. To everyone’s amazement, the boy sat and began to eat out of Amy’s hand. She began to stroke his hair and he laid his head on her shoulder.

One of the guards would later relate that he had known Amy and her situation long before she came to work at the hospital. I guess that in this great universe there are many parallels. 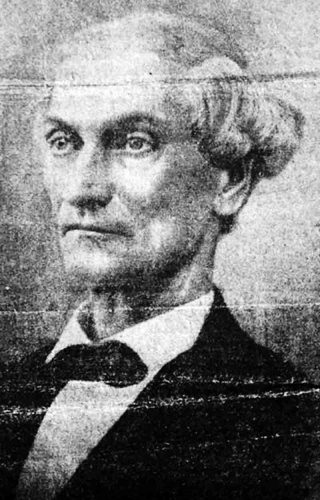