What’s next for the Parkersburg YMCA?

Chamber of Commerce of the Mid-Ohio Valley

Editor’s Note: This week we invited Jeff Olson, Chief Operating Officer at the Parkersburg YMCA, to take over our column to share updates on the YMCA with our readers. Our membership database was put into place in 1989 and it shows the YMCA has been a member since then. But after reading this column, I would bet that they’ve been a member far before our system was launched!

The first Young Men’s Christian Association (YMCA) officially started in London, England in 1844. The first YMCA in the United States opened in 1851 in Boston, MA. But do you know when the first YMCA opened in Parkersburg, WV?

Just four years after West Virginia became a state and two years after the end of the Civil War, the Parkersburg YMCA opened in 1867 to perform works of charity and was the only relief for the poor in our community. Unfortunately, later in 1867 the YMCA disbanded due to financial conditions.

In 1888, the Parkersburg YMCA again formed and provided rooms for rent and an athletic club with offices at 422 Market Street. Unfortunately, due to a lack of sufficient money and suitable quarters, the YMCA again disbanded in 1894.

Finally, in 1902 a new association started and a capital campaign was launched to construct a building. The 4-story building was completed in 1905 on Eighth Street between Market and Julianna at a cost of $85,000. The YMCA occupied this building until 1961 when the building and property were sold for $40,000. The building housed the first indoor swimming pool in the area; and in 1961 it was still the only indoor swimming pool in the area.

After sharing space with the YWCA for several years, a new campaign was started in 1964 to erect a new building. The City of Parkersburg deeded the land and construction on the current YMCA on Broad Street commenced with the laying of the Cornerstone in 1966.

Since 1867, we have experienced unprecedented growth and overwhelming challenges. While our commitment to helping those in need has never wavered, our focus and programs have evolved. We aren’t able to offer lodging as we have in the past, but we do offer fitness, aquatics and sports as well as youth and adult programs. Our areas of focus are Youth Development, Healthy Lifestyles, and Social Responsibility and our mission is ‘to put Christian Principles into practice through programs that build healthy spirit, mind, and body for all.’

The Parkersburg YMCA isn’t different because it’s special — there are many things special about the Mid-Ohio Valley. But the YMCA is SPECIAL because it’s different. The YMCA is a local, non-profit agency that is unique because of the variety of programs we offer:

* Free walk-in child care for all patrons who need someone to watch their children age 2-12 while they use the Y.

The Parkersburg YMCA is also unique because we take an additional step in making our programs as affordable as possible for EVERYONE in our community by offering scholarships and financial assistance. We want to ensure that everyone who wants to be a member has the ability to do so.

Hopefully, you have already heard about some of the changes happening at the YMCA.

* We hope to re-open our in-house childcare for ages 2-4 this fall.

* We’re actively partnering with WVU-Parkersburg and OVU by offering memberships to students, faculty, and staff.

* We partner with the City of Parkersburg, Wood County Commission, and the Wood County Board of Education to provide programs and activities, and discounts for employee memberships.

* We provide space for meetings, trainings, parties, and other gatherings.

* We’re listening and responding to the needs of our community.

So, what’s next for the Parkersburg YMCA?

Whatever the future may hold, our commitment to the community will remain steadfast. But ‘Non-profit’ does not mean ‘No-profit’. We depend on our memberships and programs to grow and our many partners and supporters in the community to be pleased with our progress. The only reason our doors have remained open is the support of the community — and we want to honor that support by committing to grow and serve the community even better in the future.

The Parkersburg YMCA is not member driven — we are community driven. We are not located only on Broad Street. We are located throughout Wood County in schools, parks, and campuses. We are YOUR YMCA.

Thank you to Jeff and the entire team at the Parkersburg YMCA for all you do for the community!

For more information about the Parkersburg YMCA, stop by at 1800 30th Street (on Broad Street), give them a call at 304.485.5585 or connect with them on Facebook at www.facebook.com/ymcaparkersburg

Visit this space every other Sunday for more Chamber news. We also invite you to call us at 304-422-3588, email us at info@movchamber.org, or stop by the Chamber office at 501 Avery Street, 9th Floor in Parkersburg.

Kent Jorgeson’s life will be celebrated with music on June 13 at the Smoot Theatre in Parkersburg. As an ... 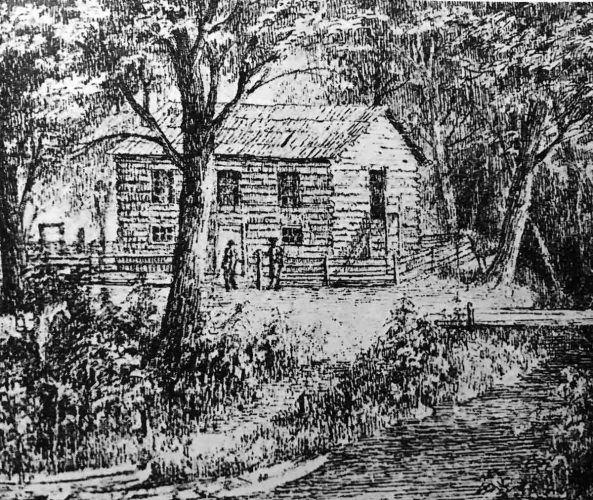