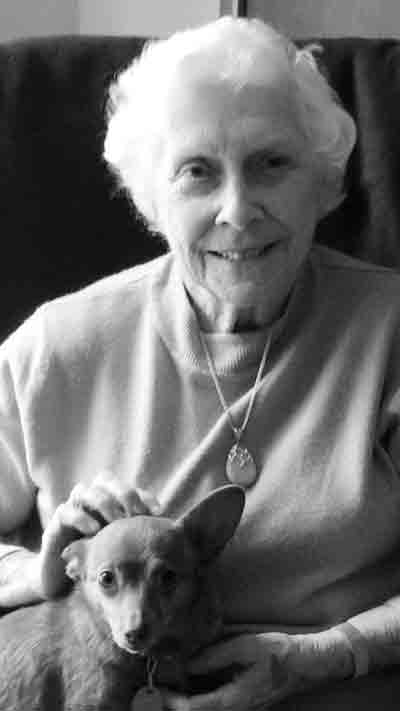 Marlene Staats Darnell, 87, of Vienna passed away July 27, 2020 at WVU Medicine Camden-Clark. She was born October 12, 1932 at Charleston, W.Va., a daughter of the late Walter Berlin Staats and Marjorie Arnott Staats.

She graduated from Spencer High School, attended West Virginia University and retired in 1984 from United National Bank, Vienna Branch after fifteen years service. She was a member of Vienna Baptist Church. She loved playing classical music on her piano, gardening, watching and feeding her birds, cross stitching, embroidering and reading. Then, much to everyone’s surprise, she discovered the enjoyment of bingo…especially when she won!

Leaving before her were her husband, Herbert A. Darnell; a brother, Stephen Staats; son-in-law, Rodney Bush; niece, Pam Phillips and her beloved dog, Daisy.

The family extends special thanks to Wyngate and Camden-Clark for the special care given to Marlene.

Because of the family’s concern for everyone’s safety during this pandemic, there will be no visitation or funeral services. A guest book is available for sharing condolences with the family at vaughanfh.com.